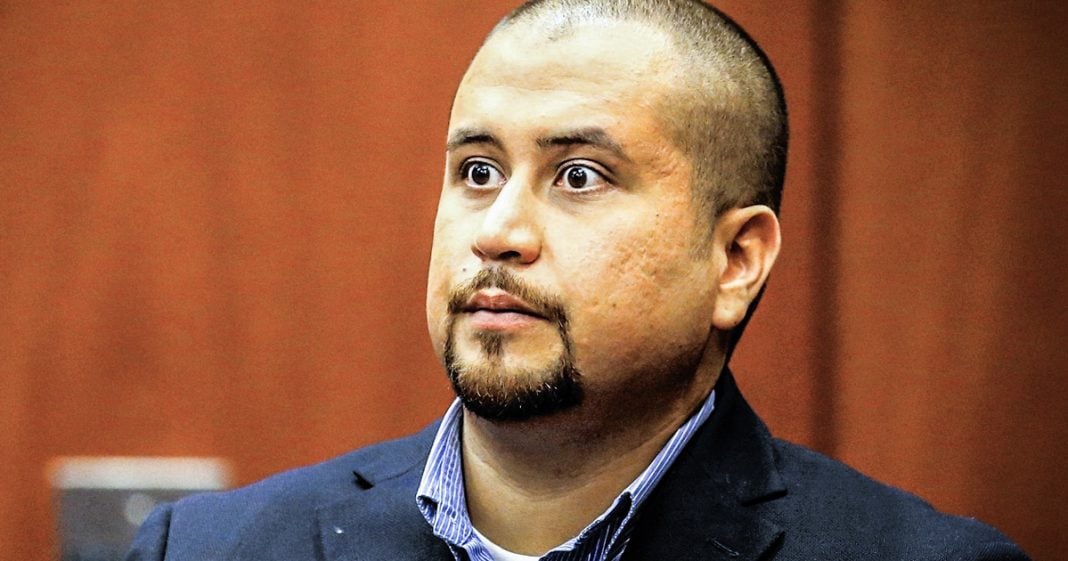 George Zimmerman is back in court, this time facing misdemeanor stalking charges for harassing a reporter producing a documentary on Trayvon Martin. Zimmerman told the court that he could not afford a lawyer because he was $2.5 million in debt, forcing him to choose to be represented by a public defender. This marks Zimmerman’s 9th run-in with the law, and maybe this time he’ll finally be put behind bars. Ring of Fire’s Farron Cousins discusses this.

George Zimmerman, the man who in 2012 killed Trayvon Martin in South Florida, is back in court once again, this time fighting off misdemeanor stalking charges for the harassing text messages and phone calls that he was sending to a reporter who was doing a documentary on Trayvon Martin, but during his court filing, George Zimmerman disclosed that he is now two and a half million dollars in debt. So this time, when facing criminal charges, he’s not able to hire a high-priced lawyer to let him off the hook, and instead he has to go through the justice system that people normally do and he’s had to get a public defender because he cannot afford a lawyer.

There is not a single part of me that has any sympathy for anything that George Zimmerman has going on in his life. He’s two and a half million dollars in debt. Fantastic. He deserves it. He has to hire a public defender who’s likely working on dozens of other cases within that same week and won’t be able to spend very much time working with Zimmerman trying to get him off the hook. Great. Millions of Americans across this country have to go through that exact same legal system every single year. Why should Zimmerman be any different?

But here’s the thing, and this is what a good prosecutor should do in this case. George Zimmerman has now had at least, that we know of, 12 different run-ins with the law. Hell, the guy has spent more time in courtrooms than most lawyers in this country. 12 different times this man has had the police called on him. Here are some of his greatest hits, other than killing Trayvon Martin, obviously. He beat his ex-girlfriend. She tried to file a restraining order against him, which she later dropped the charges on that. He threatened his ex-girlfriend with a gun. He threatened her father with a gun. He threatened his ex-wife with a gun, who she also had to file a restraining order against him.

He one time, back in 2005 actually, shoved a police officer that was an alcohol enforcement officer who was arresting one of his friends, and he said, “I don’t care who you are.” So yeah, we’re starting to see … in fact, we should have seen this long before he even got close to Trayvon Martin, that this man has a pattern of criminal behavior. That shoving of the police officer back in 2005 was not the only incident that George Zimmerman had with police officers in the year 2005 either, so seven years before he killed that child we knew, police officers knew what kind of dangerous person they were dealing with, and every single time, even the times after he killed Trayvon, they let him go. No charges were filed. They dropped them. They let him go.

The police officers are failing. They’re failing that community. They’re failing the state. They’re failing the country by letting this man, who consistently breaks the law and threatens to murder people, like he did with his ex-girlfriend, his ex-wife, and her father … Yeah. That’s the kind of person that deserves to be behind bars for the rest of their life. Prosecutors are always looking for a pattern of behavior to show that somebody is not getting better any time they have to go in front of the court, and that is what a good prosecutor could do here to very easily put George Zimmerman behind bars, where this man belongs.