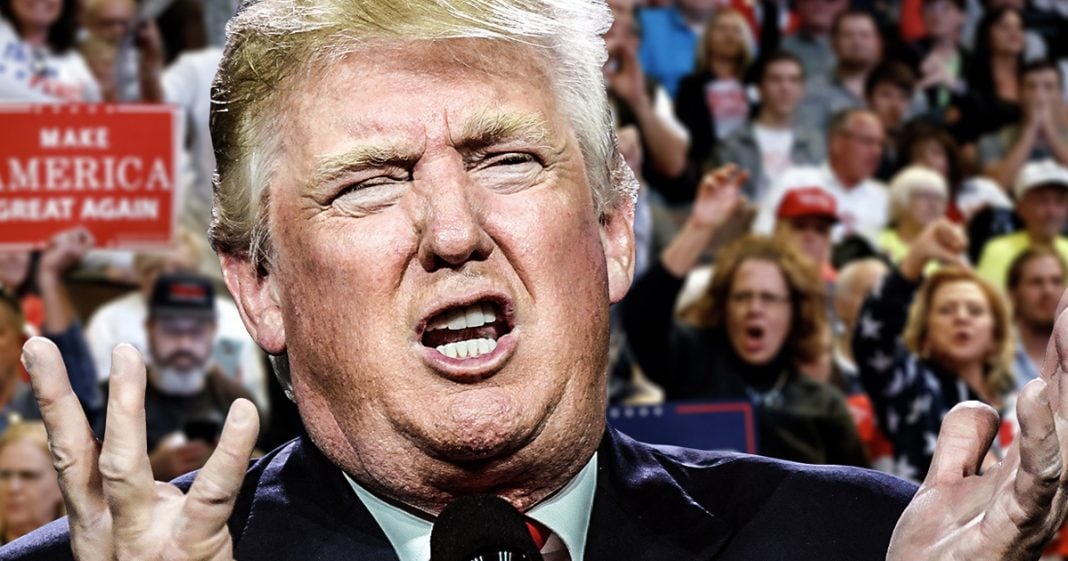 His decision to cancel a planned summit with North Korean leader Kim Jong-un was expected, but the reasoning behind the cancellation proves that Donald Trump is really bad at being president. He can’t handle the very basics of diplomacy, and as a result, he’s now threatening to go to war with North Korea and he says that South Korea and Japan are going to pay for it. Sound familiar? Ring of Fire’s Farron Cousins discusses this.

The last 24 hours have been a whirlwind for foreign policy here in the United States. First and foremost, Donald Trump pulls us out of the upcoming Peace Summit that he was supposed to have with Kim Jong Un from North Korea. I don’t know what’s going to happen to those 250 little summit coins they created, but I’m willing to bet that now they’re worthless. Nonetheless, he pulls out of the summit, and there are several reasons why. These stories started trickling out later in the day.

First and foremost, it’s because he was afraid that North Korea was going to cancel the summit first, so he decided to jump in and cancel it before they had the chance to cancel it. It’s that old, “You can’t break up with me because I’m breaking up with you first. I win.” That’s the mentality that the President had when canceling this summit.

Second, after he announced the cancellation, in the same speech, he threatened military action against North Korea saying that their language was too harsh towards the United States. And it’s not just that he threatened to go and start a war with them, it was what followed. Because he told us that South Korea and Japan were going to pay for it. Does that sound familiar? Does that sound like something else Donald Trump said? Maybe like with the wall in Mexico was going to pay for it. Now he wants to go start a war and South Korea and Japan are going to pay for it. This is not going to end well. Donald Trump has proven that from the start because he is an incredibly incompetent President. He doesn’t know what he’s doing. He doesn’t know how to make these foreign policy deals even though he says he’s a great deal maker. He sucks. He sucks at diplomacy. He sucks at being President of the United States.

First and foremost, he should never have scheduled this meeting to begin with. This is why past Presidents didn’t do it because you don’t legitimize a dictator. Even in his letter to Kim Jong Un announcing that he was canceling the meeting, he called him Supreme Leader. Come on! You’re acknowledging the self-imposed title that this brutal dictator gave to himself. You’re legitimizing him. And now you’re showing the world that you’re afraid of him. My God! Everything you do is wrong. I didn’t think that was possible for a human being. You know the old saying, “That even a blind squirrel occasionally finds a nut,” that doesn’t even apply to you because you’re so incredibly incompetent here.

You’re going to end up in a war with North Korea. I think that is the end game here. And I think John Bolton in your ear is pressing you to do that. Because there’s no other reason for you to cancel a peace summit in one sentence, and then in the next sentence threaten to go to war with this country who is doing nothing more, according to you, than just using harsh language against the country. Harsh language. That’s not how diplomacy works. That’s not how the Presidency works. But of course, you don’t care because the only reason you even took this job to begin with is because you wanted to make more money from it and you wanted to stoke you very fragile male ego.