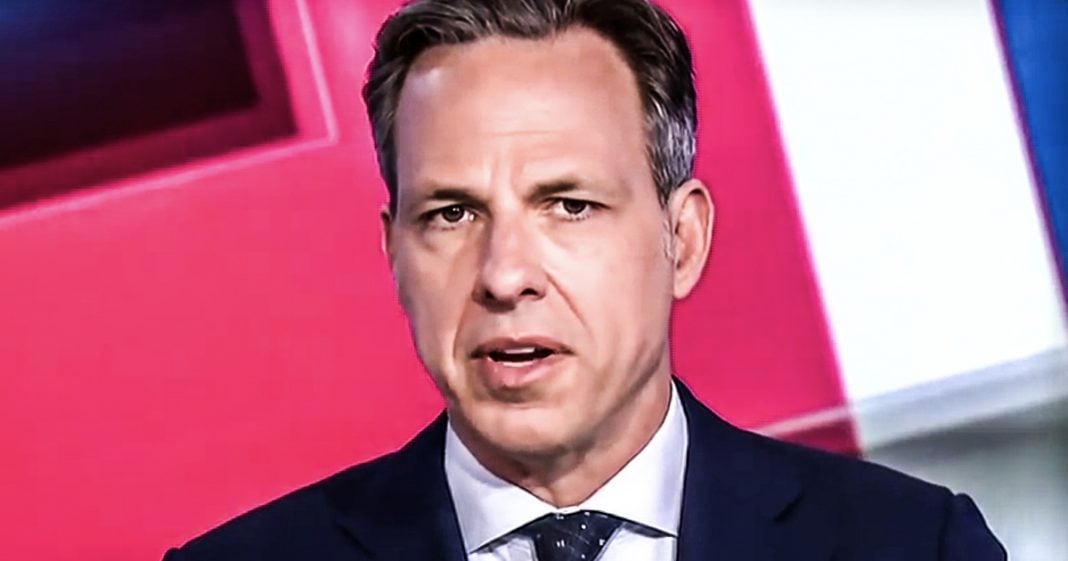 CNN’s Jake Tapper has had enough of Donald Trump’s nonstop conspiracy theories, and he recently used his program to highlight some of Trump’s “greatest hits”. Trump is a man that seems dangerously disconnected from reality, and Jake Tapper wasn’t afraid to show this disconnect to the American public. Ring of Fire’s Farron Cousins discusses this.

Recently Jake Tapper, on CNN, on a show The Lead, was talking about Donald Trump’s insistence that there was a spy within his campaign, put there by the FBI under the orders of the Obama administration to spy on the campaign for political purposes to help Hilary Clinton. That is the narrative that Donald Trump is continuing to push today, and as Jake Tapper pointed out, there is no evidence whatsoever to support any of those claims. In fact, we know exactly what happened. This professor, helper from Cambridge University, who had worked with Republicans in the past, was asked to make some calls, meet with people from the Trump campaign just to kind of feel out whether or not they had been compromised by foreign officials.

Jake Tapper:
While we await the investigation into this matter by journalists, and by the Justice Department Inspector General, it’s worth remembering that while we’re sticking to the facts and telling you just what we know, President Trump apparently has no such constraints, since he simply makes stuff up. He frequently lies and has a long and well documented career engaging in conspiracy theories about all manner of subjects, with no concrete evidence ever provided.

Just a small sampling, for years he perpetuated the myth that President Obama wasn’t born in the United States. He’s claimed with no evidence he saw thousands of Muslims on TV celebrating 9/11 on rooftops in New Jersey, no evidence of that. He bizarrely suggested Ted Cruz’s father might’ve been involved in the assassination of JFK, nope. Explained to his popular vote by blaming three to five illegal votes, again zero evidence for this.

He pushed a conspiracy theory that MSNBC Host, Joe Scarborough, was somehow involved in the tragic death of one of his staff members, again, zero evidence. He said that former President Obama had his wires tapped in Trump Tower, no evidence of that either. I could go on but this is just an hour show.

That right there, what Jake Tapper just did, is what every journalist in this country needs to do every single day. A pattern of behavior has developed amongst Donald Trump. He just makes things up, doesn’t worry if there’s facts to back it up or not. He makes it up, throws it out there, and then he moves onto the next conspiracy theory, and that’s what Jake Tapper was pointing out. He’s also saying, “Why should we believe anything this man tells us?” He is a habitual liar, he has been doing it for decades, and yet Republicans still can’t seem to open to their eyes and realize that they’re getting played.

Plenty Americans in this country don’t understand that there’s nothing to Spygate, there’s nothing to any of these other conspiracy theories Trump has been pushing, he’s just doing it to distract everyone from the fact that his administration is going down and there is nothing he can do to stop it. I hope every journalist in this country watches that clip from Jake Tapper. I have lots of beef with CNN, I’m not a huge fan of them, they are the ones who pushed us into unlimited war with Iraq.

They’ve got many, many problems, they really do, just like other members of the corporate media. But on this particular issue, Jake Tapper, right here, in that segment, he was 100% correct, and he laid the framework down for other journalists to follow to start holding Donald Trump accountable for his non-stop lies to the American public.