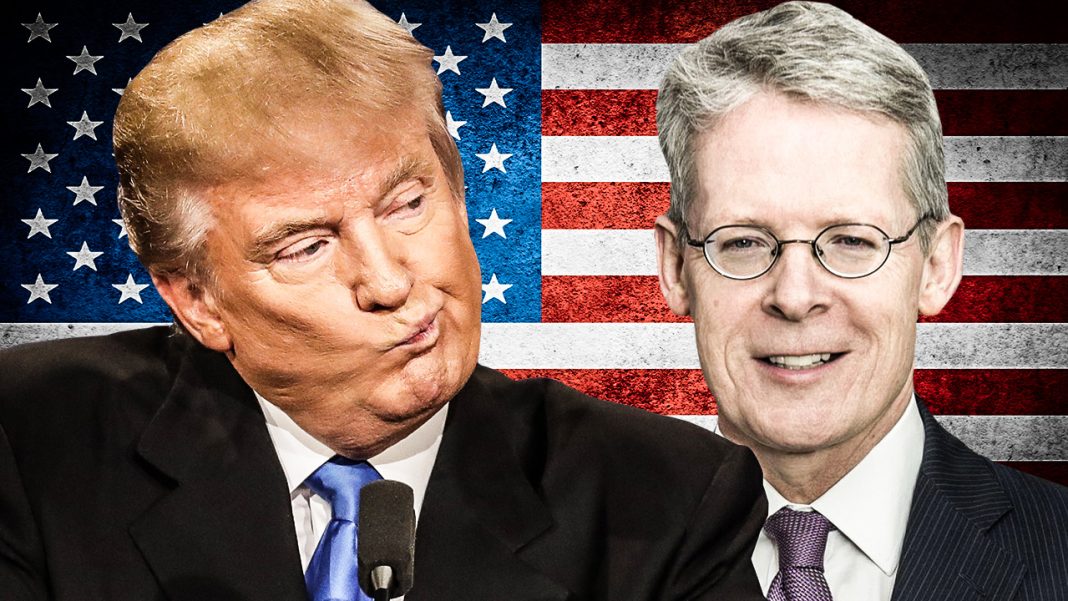 Donald Trump’s personal lawyer, Emmet Flood, was spotted on camera leaving a highly classified meeting between lawmakers and members of the Department of Justice to analyze the evidence about whether or not a spy was placed inside the Trump campaign. Along with the lawyer, Trump’s Chief of Staff John Kelly also attended the meetings, but it is the lawyer’s presence that raised major red flags. Ring of Fire’s Farron Cousins discusses this.

On Thursday, two highly classified confidential meetings took place with the Department of Justice and the FBI, along with several lawmakers who wanted some information about this alleged spy that was in the Donald Trump campaign. But, they were not the only people in the those meetings. Apparently, Donald Trump’s Chief of Staff, John Kelly, attended both meetings and his new White House Counsel, Emmet Flood, attended part of the first meeting. This is a move that has both national security experts and legal experts absolutely shocked that this was allowed to happen. The reason is, because these meetings were about confidential and private information that is not available to members of the public about the ongoing investigations into … not just the spy … but into Donald Trump’s campaign itself. This is information that does tie directly into the Robert Muller investigation. So, it was highly unusual and borderline wrong for Trump’s lawyer, and his Chief of Staff to attend this meeting because, now they can go back and feed him all of this information that they learned that they were not supposed to learn. That’s the point of this.

First and foremost, we have to wonder, obviously this information was classified. So you would need a security clearance in order to view it. Emmet Flood, to the best of everybody’s intelligence, does not have a security clearance and, therefore, should not have been legally allowed to view this information. Now, if he does have a security clearance, he would have access to it, if it was information that did pertain to anything he needed to know, which it already wasn’t. This was a request by lawmakers to just get information about the alleged spy that was in the Trump campaign, who turns out it was just a professor from Cambridge University that used to work for Republicans, and they wanted him to make a few phone calls to see if anybody in the campaign had been compromised by the Russians. He was never a part of the Trump campaign. Hell, he was never a part of the FBI during this. They just reached out to him to see if he could feel things out and find out what was going on. That’s what this whole spy gate is about.

There’s no telling what kind of information was actually discussed in those meetings, but we do know that Democrat, Adam Schiff, the only Democrat allowed to go to that meeting, did come out and say there was absolutely nothing to confirm Trump’s claims that there was a spy within his campaign.

We also know that Mitch McConnell walked out of those meetings after seeing all that information and said, “I now support the Robert Muller investigation 100%.” So, yeah, I’m sure Trump did want his people, Kelly and Emmet Flood, in there to feed him the information. But I’m willing to bet he didn’t get any information that’s going to help him avoid criminal charges in the future.