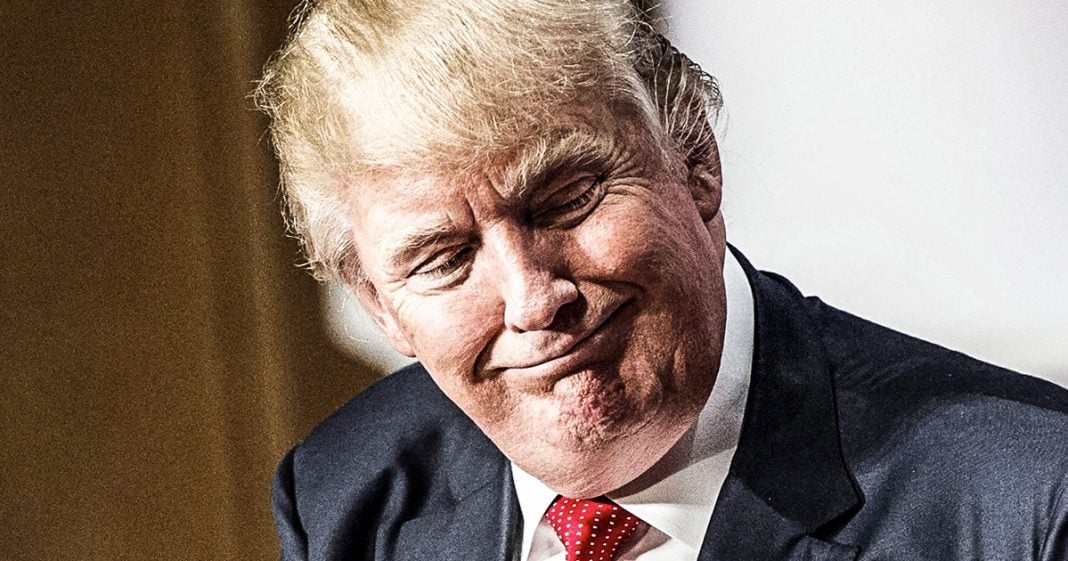 In the wake of the new NFL rules that will fine players for kneeling during the National Anthem, Donald Trump went on Fox News to say that maybe we should consider getting the kneelers out of the country. Trump is playing to his base with this one, but his suggestion that we kick these people out of the country is incredibly un-American and revolting. Ring of Fire’s Farron Cousins discusses this.

This week, the NFL announced a new rule where they’re going to fine anyone who kneels during the National Anthem at a football game, at least any of the players. Before that, they were considering maybe doing a 15-yard penalty for a team if one of their players kneeled, but they decided the best route was just make these people pay money for allegedly, I guess, not being patriotic enough.

Donald Trump decided to weigh in on the issue, as he has done since day one of this, and he actually suggested on Fox & Friends with Brian Kilmeade that we just deport them. He said, and I quote, “Maybe you shouldn’t be in the country.” So Donald Trump’s solution to the issue of police violence against people of color in the United States is to deport or otherwise remove protesting NFL players from this country.

Do you understand how un-American that is? These people are out there on the sidelines of these games knowing that they have a million plus audience watching them. They’re exercising their First Amendment rights to bring attention to a very important issue, and Donald Trump’s solution is that maybe they shouldn’t be in the country. No, these people, I can promise you, these protesting NFL players love this country more than you do. They wanna see it fixed. They wanna see it get better. They’re not out there doing this for their own personal gain.

Every time these players take a kneel, they understand that they could be ending their NFL career like Colin Kaepernick did because nobody wants to hire him even though he’s more than qualified for the job. They’ve colluded, they’ve conspired against him. According to the NFL’s own meetings that they had, the recordings that were leaked from that. That is the price he paid and others are afraid they may have to pay the same price, but they do it anyway because they believe in it.

Donald Trump has never believed in anything in his life other than money and now he’s out there saying that we should get these American citizens exercising their Constitutional rights, we should get them out of the country. That is the most unconstitutional and unpatriotic thing that I have ever seen a sitting president say.

Furthermore, they like to basically obstruct the actual issue here, which is the police violence, and instead they wanna make it about patriotism. That’s the problem. These guys just aren’t patriotic enough. That is not now, nor has it ever been, what this issue is actually about. If you think it is, then you have no idea what you’re talking about. You haven’t been paying attention not only to the NFL, but to what’s been happening all throughout this country with police officers and people of color.

That’s what this is about. This is patriotism. The phony patriotism that Donald Trump sells every day? That’s actually an unconstitutional attack on American citizens.