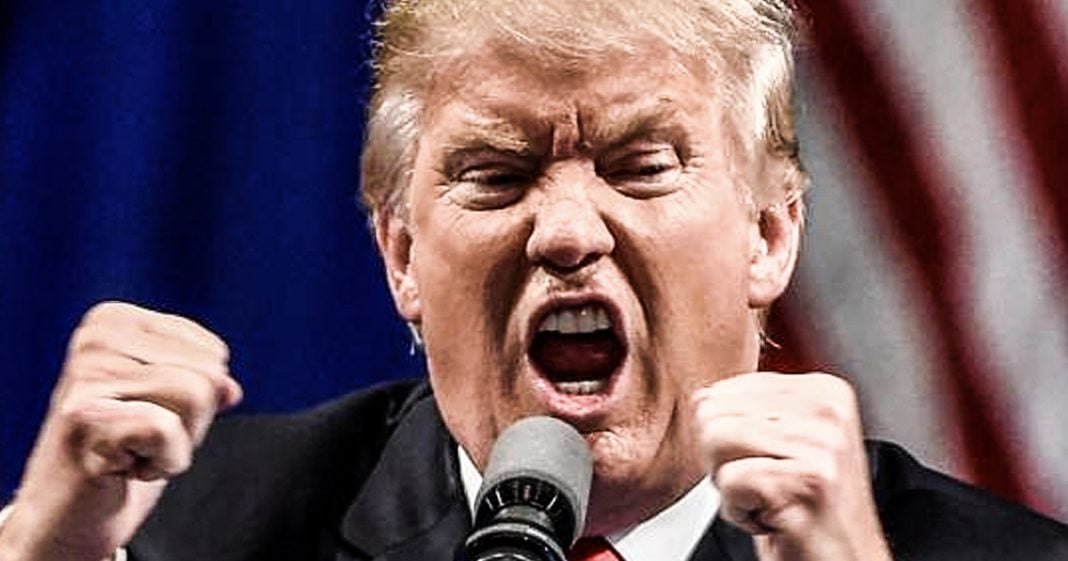 A federal judge this week ruled that Donald Trump’s practice of blocking critics on Twitter is unconstitutional, as it gives preferential treatment to certain sects of the population and removes the ability of other people to see presidential statements. This is bad news for Trump, and it opens the door for his Twitter feed to be used against him in a variety of lawsuits. Ring of Fire’s Farron Cousins explains.

On Wednesday of this week, US District Judge ruled that Donald Trump can not constitutionally block people on Twitter. Specifically, the judge said that by the President blocking people on Twitter, he was effectively banning people from being able to listen to presidential proclamations and statements in favor of other people which was a violation of the US Constitution, therefore, Donald Trump can no longer block anyone on Twitter and I’m assuming somebody’s going to have to go through his Twitter account and start unblocking all of the people that he had blocked over the years.

Here’s what’s really interesting about this, because this isn’t just about oh, Donald Trump now has to be faced with all his critics. It’s the fact that we just had a judge say that these Tweets essentially are constitutionally protected, that every American citizen has the right to see them. What’s that going to do for the rest of these lawsuits that the President is facing? The defamation suit filed by Summer Zervos, a former apprentice contestant over something the President tweeted?

Well, we know that those tweets are now protected and now it’s going to be used against him in court. Same thing could happen with the Muller investigation. If these are actual Presidential proclamations, which is where this case will be headed upon appeal, we could see any kind of obstruction of justice charges, we could possibly see other charges, other criminal implications, depending on what he’s tweeted out. This case actually has major ramifications for the President of the United States, and to be perfectly honest, for other lawmakers throughout the country.

This is going to open up a massive legal chasm as to whether or not these tweets are indeed statements given by the President of the United States or by a US Senator, that everyone has a right to see and hear, or if it’s just people ranting and raving on a privately owned website, that nobody has the right to hear.

There are really massive implications from this lawsuit, or from this court case I should say. And it’s going to end up in a world of trouble for Donald Trump because when that man gets on Twitter, he doesn’t seem to have a filter anymore. He just says whatever crazy, stupid thing comes to his head. And as we’ve already seen with the Summer Zervos lawsuit, it’s already gotten him in some legal trouble and now that these are protected by the courts, it’s going to get him in a lot more trouble from here on out.