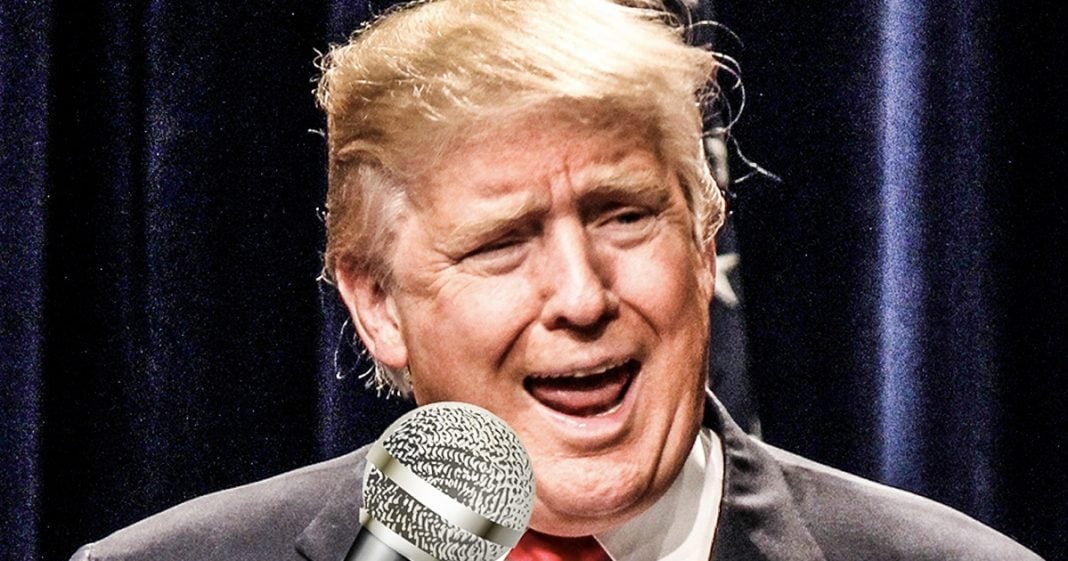 In a conversation with a 60 Minutes reporter back in 2016, Donald Trump admitted that the reason he attacks the press is so that his supporters won’t believe them when they report negative stories about him. This is a major admission from the President because it shows that he knows these stories are true, he just doesn’t want his cult-like followers to realize that. Ring of Fire’s Farron Cousins discusses this.

According to Lesley Stahl, who is a CBS reporter for the show 60 Minutes, back in 2019, she had a candid off-camera conversation with then candidate, Donald Trump, about his constant attacks on the media. And Trump told Stahl and another woman who was present while they were speaking that the reason he attacks the media is because he wants to discredit them so that when the negative stories do come out, nobody will believe them. That is Donald Trump’s tactic. That is why we see him every day going out there ranting and raving about the so-called fake news here in the United States, while he praises actual fake news like Fox News.

Here is the exact quote, this is what he said, “You know why I do it? I do it to discredit you all and demean you all so when you write negative stories about me, no one will believe you.” If that’s not the move of a fascist dictator, then I don’t know what is. Because yes, that’s one of the tenets of fascism; discredit the media so that when they report on what’s actually happening in this country, nobody believes them. And it’s working with Donald Trump’s base. It’s not working with the rest of the American public as they do seem to have more trust in the media than they do with Donald Trump. But his base will never believe a word that any of these media outlets report.

And that is dangerous. And it’s especially dangerous considering the fact that when the final Mueller report investigation comes out, they’re not going to believe a single thing in it unless the whole thing somehow exonerates Donald Trump, which is a very far off possibility at this point. But they’re not gonna believe what the corporate media says, they’re always gonna believe what Fox News says, and they’re gonna believe the President every time he goes out there and attacks the media. But furthermore, this is the big point here. The media needs to stop playing nice with Donald Trump. And I know he thinks they’re being mean now, but trust me, they’re holding back. They’re holding back to the detriment of people in this country. They could be a hell of a lot harsher on the President, and I think they need to do that.

We know his plan now. We know that he’s reading the pages of dictators past, and he wants to copy their plans for here in the United States. And so they need to hit him with everything that they have. Don’t play nice. When he lies, call it a lie. Don’t say he changed his position or he accidentally spoke an untruth. Call him a liar. Call him a liar every day. He lies an average of six and a half times a day. It’s not that hard. Pick one and call him out on it. The media cannot play nice with this man who’s only out there to discredit them because he knows that the stories are accurate.

And that’s the other part of this story. He knows those stories are true, the ones that he’s calling fake news, but he has to say that it’s fake so that his idiotic base is not going to buy into it and understand what’s actually happening in this country. The dumber the American public is, the better off Donald Trump is. And he is doing everything that he can to make sure that we never learn or at least accept the truth.