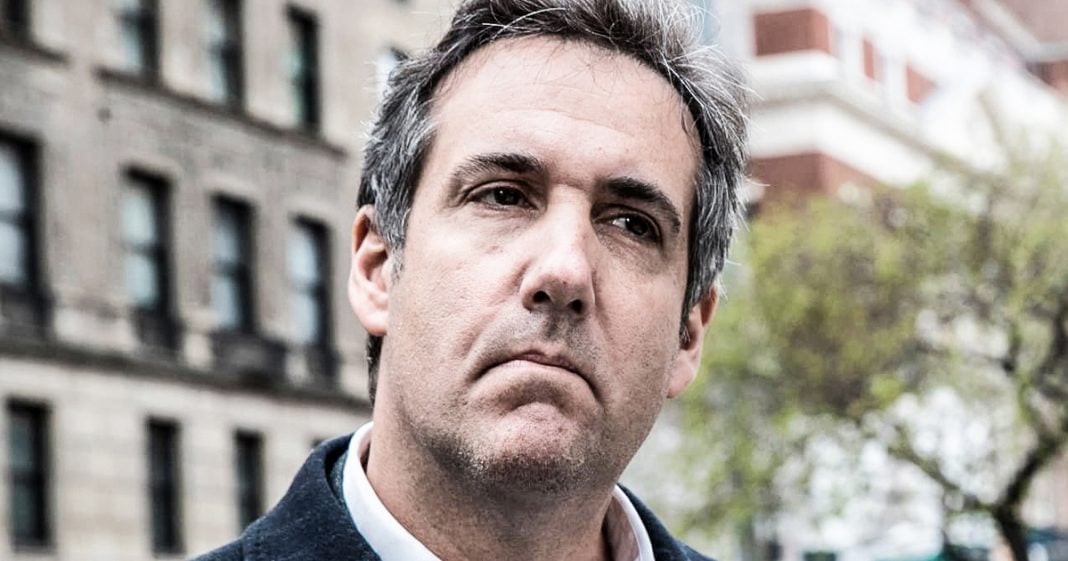 A longtime business associate of Trump lawyer Michael Cohen has arranged a plea deal for himself to avoid a lofty prison sentence, and he is now working with the Special Prosecutor’s office. This is not just bad news for Michael Cohen, but bad news for everyone inside of the Trump administration. If Cohen wants to save his own skin, he’ll need to work out a plea deal as well and hand over all of his info on Donald Trump. Ring of Fire’s Farron Cousins discusses this.

One of Michael Cohen, Donald Trump’s attorney, one of his business partners entered a plea deal with prosecutors in the state of New York this week, to where he can avoid lofty prison sentences for … he’s been accused of … let’s see. He owed five million in taxes, faced four counts of criminal tax fraud, and one count of grand larceny. But instead, he’s only going to plead guilty to owing about $50,000 in back taxes. And he’s going to be put on probation for about five years because of the plea deal that he made.

And the plea deal is this. He’s gonna agree to those lesser charges, not have to go spend any time in prison in exchange for his full cooperation with State and Federal investigators. And this is bad news for Michael Cohen because, again, this is one of his business partners.

And I think Michael Cohen is also worried about everything that this guy knows. At this point, Michael Cohen, the only thing he can do to save himself from going to jail, because this guy, Mr. Friedman has now flipped and he’s gonna work with New York prosecutors and he’s gonna work with Robert Mueller. The only thing Cohen can do to save himself is to make his own plea deal. To go to prosecutors and say, “We’ve got to work something out. I’ve already publicly said that this is destroying my life.” So we all know how this guy feels about these investigations. So if he wants them to go away, he has to enter his own plea deal where he agrees to roll on Donald Trump to State and Federal prosecutors and investigators and hand over any and all information that he may have on that. And corroborate some of the stories between other people who have also entered the plea deals.

You built your entire life on a very flimsy web of lies and cons. And now that web is starting to fall apart. Michael Cohen was a major player within that web. And now he is being threatened with jail time because everybody he was close to is starting to flip and work with prosecutors.

How long do you think it’s going to take Mr. Trump for Mr. Cohen to flip on you? Because I’m willing to bet that this guy doesn’t want to spend the rest of his life in prison and he would rather send somebody else down the river than have to go himself. And at this point, the only person he could possibly flip on is you. And I have to guess … I don’t know for sure, but I’m gonna guess that a Michael Cohen plea deal with Mueller or other New York prosecutors has got to be right around the corner.