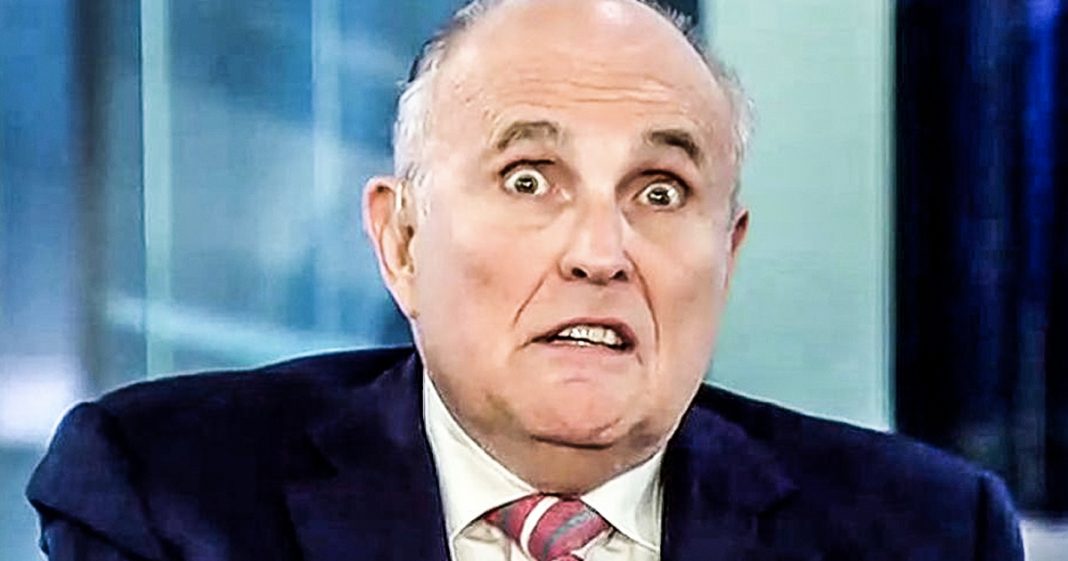 Rudy Giuliani’s legal strategy for Donald Trump appears to be to just make things up as he goes. This past weekend, Giuliani claimed that the Special Prosecutor’s office said that the investigation would end on September 1st of this year. But apparently no one told the Special Prosecutor’s office about this, because they have not set an official end date and don’t plan to do so. Giuliani is lying through his teeth and causing Trump even more embarrassment than usual, as Ring of Fire’s Farron Cousins explains.

This past weekend in a New York Times article in which they had an interview with Rudy Giuliani, Donald Trumps lawyer, Giuliani said that he has been assured by the special prosecutor’s office that this investigation into the Trump campaign, Trump administration, is going to come to an end on September 1st of this year.

To be honest, when that news came out, a lot of people who don’t like Trump were really excited about it. We finally had an end date. We knew when this thing was gonna happen, and it was gonna come out about two months before the mid term elections. Plenty of time to swing things one way or the other.

But as it turns out, as he so often does, Rudy Giuliani was completely making that up. Officials close to the investigation have had to come out now and say that, “Yeah. We don’t have an end date because it’s gonna end when it ends.” He literally made up that date of September 1st, just plucked it out of thin air. Perhaps he flipped through the calendar, stuck his finger on a random date, and said, “Alright. That’s the one I’m gonna give the New York Times.”

This isn’t the kind of look that you want, Mr. Trump. Do you understand that? When your lead attorney is constantly going out there in the media, be it print or television, and just making things up that people can immediately verify are lies, that’s really not gonna help your legal case whatsoever. What’s gonna happen if this thing actually ends up going to a trial and Rudy Giuliani is the guy you have standing up there giving your defense for you? Do you think anyone in a jury or any judge or anyone else in that courtroom is gonna believe a word he says when we all know at this point that he is a habitual liar?

I mean hell, even Trump knows that he is a habitual liar, because he’s still trying to figure out whether or not he should ban Giuliani from giving any more interviews to the media. This is one of the interesting things too. He has not come out, the president, and said that the media is twisting Giuliani’s words. He understands that this time, there’s no way to weasel your way out of it. You hired a bad lawyer who is doing more damage to your campaign.

He is not going to do a good job representing you if this thing ever goes to trial. And the more you let him go out into the media representing you, acting as one of your spokespeople, the more damage he’s going to cause. Most people in this country now are well aware of the fact that Rudy Giuliani not only can’t be trusted, but he’s also a pretty crappy lawyer too.