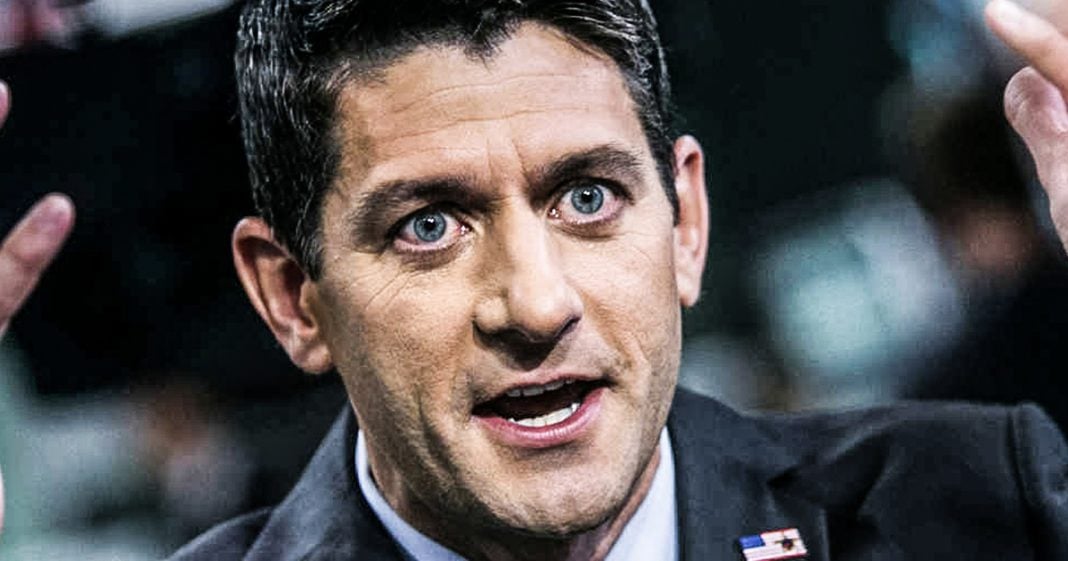 On Friday, a group of 4 high school students were arrested for protesting peacefully outside of Paul Ryan’s office. Apparently Mr. Ryan didn’t want to confront the issues that he’s been trying to ignore as Speaker of the House for the last few years – issues that these students wanted answers about. Ring of Fire’s Farron Cousins discusses this.

On Friday, Paul Ryan had four high school students arrested for peacefully protesting outside of his office in Washington DC. These high school students showed up in the late afternoon, laid down in the hallway there, and they were protesting Paul Ryan’s complete inaction on the issue of gun control. Very important issue, and obviously everybody understands what happened Friday.

So, these four students decided to take it upon themselves to show up there, to not engage in any type of altercation, to not do anything illegal. They just laid there hoping that their presence could make Paul Ryan understand that this is an issue that’s not going to go away.

So far to date, since Paul Ryan became Speaker of the House of Representatives, he has not allowed the issue of gun control to come to the floor to be debated. He has not allowed any talk on any of the bills that have been proposed or drafted. He just wants to pretend like this isn’t an issue that we have to address as a society.

My suggestion to Mr. Ryan at this point is why don’t you just turn on the TV? Turn on the news and just leave it on for a few hours and you’ll see why we need to discuss this issue. Because it’ll happen again, and it’ll happen again after that. And it’ll keep happening again and again and again, as long as we have cowards like Paul Ryan running things in Washington DC.

He is not the kind of leader who takes issues seriously, any issue except for tax cuts for the wealthy. He obviously thinks that that is the most important thing we have to do as a country. He’s still tweeting about that this morning, but not a word about taking action on an issue that is costing American citizens their lives every single year.

We have lost more American citizens to gun violence so far this year than we’ve lost US service members on active duty. More people are dying here in the United States than we’re losing in military, and that’s great that we’re not losing members of the military. It really is. But we have to take a good, long look at our country when we realize that it’s actually become the war zone. That’s what we’re living in now.

These students who were protesting in the hallway at Paul Ryan’s office were exercising their first amendment rights, but Paul Ryan doesn’t care, because in the eyes of Republicans, there’s only one constitutional amendment that actually matters, and that is the one that we have to do something about if we want to save American lives, and prevent these children from going to school and getting murdered.