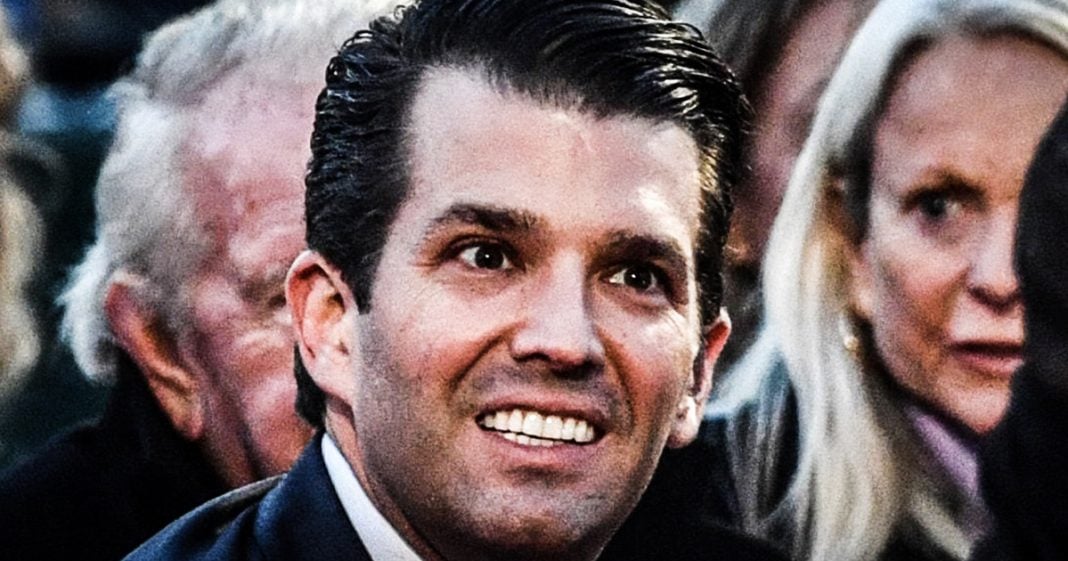 According to a new report by The New York Times, Donald Trump, Jr. met with leaders from the Middle East in Trump Tower, and that these leaders offered help to the Trump campaign to aide their election efforts. If true, this story could take down quite a few members from the Trump family, possibly even Trump himself. Ring of Fire’s Farron Cousins discusses this.

According to a bombshell new, New York Times report that came out over this past weekend, Donald Trump Jr. may have actually colluded with countries other than Russia in order to help his father win the 2016 presidential election. This new report shows that on August 3rd, there was another meeting at Trump Tower between Donald Trump Jr., Erik Prince, the founder and owner of Blackwater, the private mercenary firm. A man named George Nader, who is an emissary for a couple of members of the Saudi royal family, and a man by the name of Joel Zamel, who was allegedly some kind of social media expert.

During this meeting, the emissary, Mr. Nader, talked about the fact that his associates over in the Middle East from the UAE and Saudi Arabia wanted to offer their help so that Donald Trump could win the 2016 presidential election. Shortly after this meeting took place, to which Donald Trump Jr. was openly receptive, according to the article of receiving help from these foreign countries, Mr. Zamel, the social media expert here, actually began working with the Donald Trump campaign.

He then had meetings with Jared Kushner, he had meetings with Michael Flynn, and so far we don’t know, this report was not able to tell us whether or not the Trump campaign accepted help from these countries in the Middle East. But we also know that Mr. Zamel was working on some kind of plan along with Mr. Nader to destabilize Iran, who is a enemy of Saudi Arabia. We don’t know too many details about that, but they mentioned it in the article, and it’s something that the Trump administration has obviously been working on for the last few months.

All of these would be illegal. It is illegal for a foreign country to interfere in any way or offer aid or assistance in a United States election. Furthermore, we also know that Robert Mueller already knew all of these. He has already conducted interviews with the people involved. Mr. Nader according to the article was actually cooperating with Robert Mueller at this point. There’s a lot of things that we don’t know about what’s happening in the Robert Mueller special prosecutor investigation right now, but I think we all need to understand that what’s happening is important.

What’s happening is what needs to happen, and that’s why Donald Trump spent the weekend freaking out on Twitter over it. Mueller knows more than any of us could possibly comprehend right now, and that’s why this investigation has been going on for over a year, because every time they turn around, they find a new track that they have to follow. Trump Jr. has been meeting or had been, prior to the election, with foreign officials who offered aid to his father. Not only is that illegal for those foreign countries to do that, it’s illegal for Trump Jr. to do this.

This man is most likely, based on all this evidence, based on the fact that he admitted in emails that he personally released that he met with the Russians to seek information about his political opponent, or his father’s political opponent. This guy is going to get handed an indictment at some point. Whether or not his father is still president so that he can pardon him, is a completely different question.