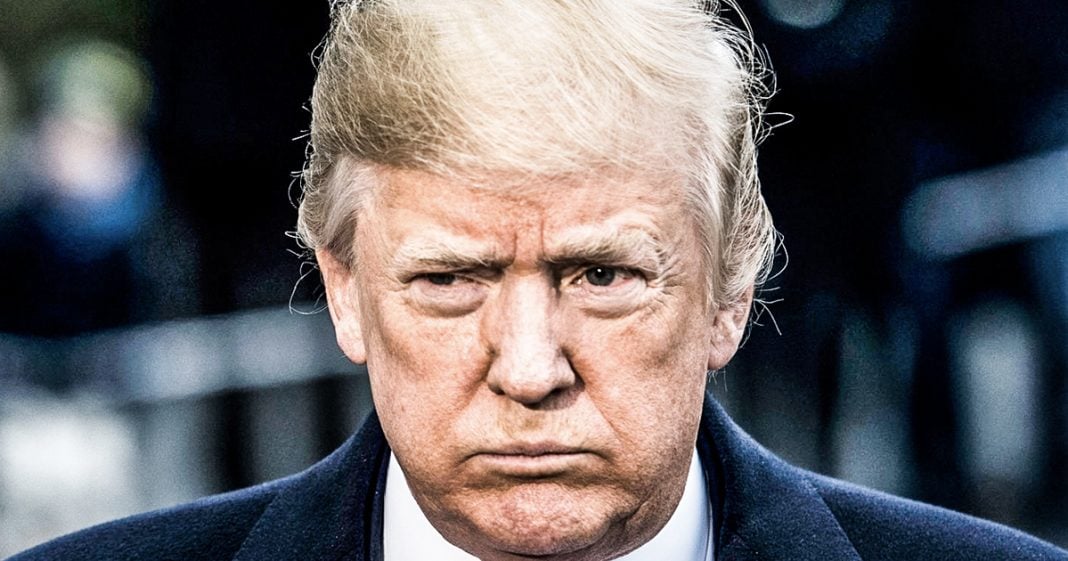 Citizens for Responsibility and Ethics in Washington (CREW) has told Donald Trump that they’ll be seeing him in court after it became clear that his deal with the Chinese government violated the Emoluments Clause. Ring of Fire’s Farron Cousins explains the details of what took place and why Trump should be very worried about his future.

It really seems like Donald Trump has a problem adhering to the United States constitution. One of the biggest story that’s developed over the last week or so is the fact that Donald Trump, or I should say a business that he is involved in in Indonesia, just got a loan, an investment, by the Chinese government to the tune of $500 million. That’s a lot of money for this project. It’s going to be a theme park. There’s going to be hotels, and, of course, a golf course.

So, Chinese government comes along, puts $500 million into this project, and what does Donald Trump do? He immediately tweets out the fact that it’s unfair how the United States has been treating Chinese cell phone company ZTE, which is a company, by the way, that the US had stopped doing business with because they violated the Iran sanctions, and there’s very strong evidence that they were spying on American citizens and stealing our data.

So Donald Trump tweeted out that we should lift the sanctions. We should do business with them. Chinese people are losing their jobs, for God’s sake! Who’s going to help the Chinese rebuild?

Now, in case you were wondering why this story all ties together, it’s the fact that the Chinese government invested $500 million into a business that Donald Trump owns a stake in, and then Donald Trump comes forward and advocates for the United States doing business with the Chinese cell phone company ZTE, which is owned by the Chinese government, would make them a lot of money if we did business with them. That’s what you would call a quid pro quo. A tit for tat. A this for that. That’s what Donald Trump is engaging in as President of the United States.

And so Norm Eisen, the President of the Center for Responsibility and Ethics in Washington, CREW … He responded to the President calling for ZTE to do business with the United States once again, saying, “We’ll see you in court.” Why? Because what Donald Trump is doing is a direct violation of the emoluments clause of the US constitution.

Now, CREW has already filed several emoluments clause violation lawsuits against the President of the United States, and so far they’ve all been allowed to proceed in court. They haven’t gone to a full blown trial yet, but they have been allowed to proceed by the judge overseeing the. So, Trump was already facing several lawsuits over this, and now they’re going to take him to court again, because this case here seems to be pretty cut and dry.

I mean, there’s really no way the President can argue his way out of this one. He is using the office of the presidency to make more money, and when it is politically and financially expedient for him, he will try to enact policies to repay those people who are paying him. In this case, the Chinese government.And this comes at a time when the President of the United States is trying to enact all these tariffs across the country that are crippling small farmers in the United States because he started a trade war with China.

You see, that doesn’t bother him. He doesn’t care that people are using their livelihoods because of his trade war, because he is not. His project just got a $500 million investment. He’s about to open the door for a potentially criminal Chinese government owned company to do business here in the United States. He benefits, the Chinese government benefits, and everyone in this country whose last name is not Trump gets screwed. And that’s exactly what this man sought to do when he decided to run for president.