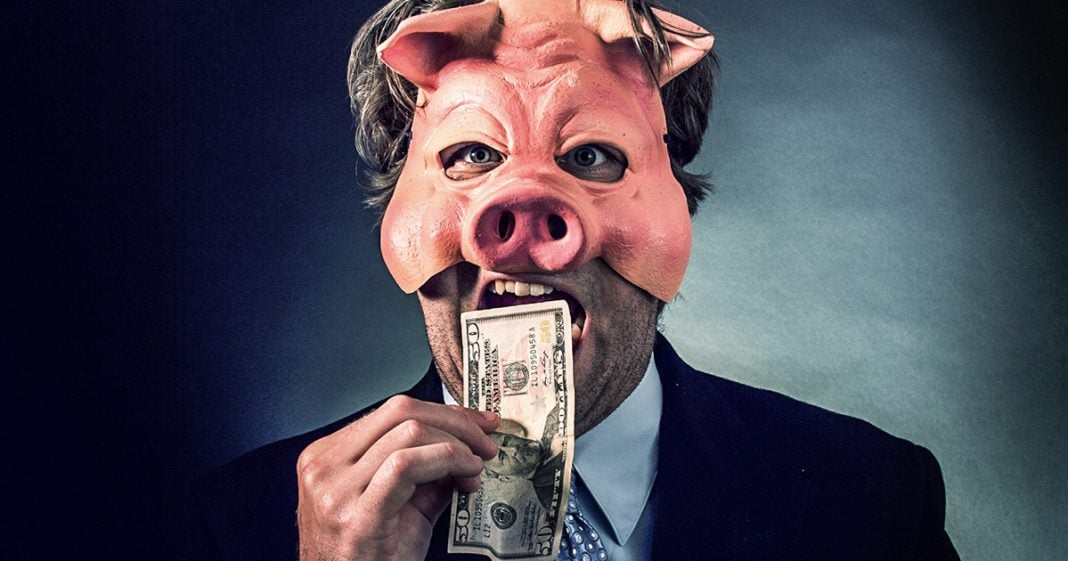 A group of Republican billionaires are furious at the GOP congress for not giving them bigger tax cuts, and they are threatening to withhold midterm campaign donations until they get even more money. While its fun to see Republican campaigns being starved of cash, we have to understand that these billionaires are attempting to BRIBE congress to get bigger tax cuts. Ring of Fire’s Farron Cousins discusses this.

These hedge fund managers, according to recent reports, have kind of come together and they are telling Republicans, “We’re not going to give you any more money for the midterm elections until you cut our taxes by the same amount or at least close to what you cut other corporations’ taxes.” Basically, hedge fund managers, including Paul Singer, Warren Stephens, Ken Griffin, they’re telling Republicans that, “If you don’t cut our taxes even more, if you don’t do what we say, we’re not going to pay you money.” I guess the converse of that would be, “If we pay you money, you’re going to cut our taxes.”

Now, is it just me or does that seem like a bribe? I mean hell, at this point it almost seems like blackmail. If you don’t do X for us, we’re not going to do Y for you. Yet, it’s perfectly legal in this country for these whiny billionaires to threaten to withhold money to get a bigger tax cut.

Meanwhile, while these billionaires are crying their crocodile tears over not getting enough money back from their tax cuts, let’s remember that the majority of people in this country, the 99%, the paltry little tax cuts that we got, those expire in about a year or two. Those tax cuts for millionaires and billionaires, those are permanent. Our taxes, we’re going to get a nice little break for a year, maybe two years. Hell, maybe even three. Then after that, they go right back up to rates we’ve already seen, not to mention the fact that some of the poorest people in this country actually saw their taxes go up. Yeah, why don’t you whine a little bit more, billionaires, because I’m sure everybody in this country just has so much sympathy for you.