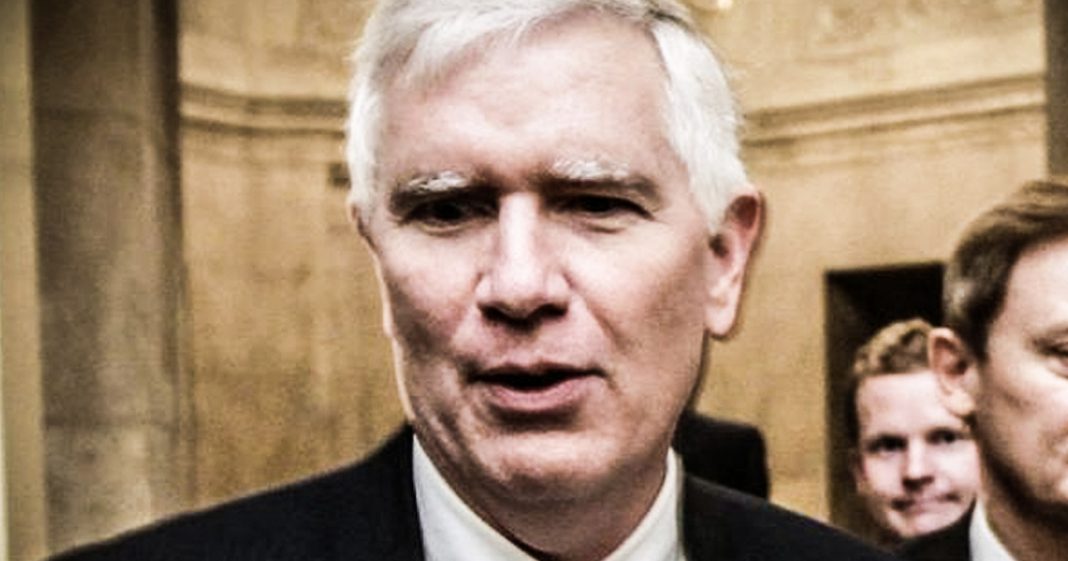 Representative Mo Brooks, a Republican from Alabama, has finally figured out what is causing sea levels across the planet to rise – According to Brooks, climate change isn’t real, so the REAL threat to our oceans is FALLING ROCKS making the sea get higher. Someone needs to have Mo Brooks evaluated, because his thought processes indicate that one of those falling rocks may have landed on his head. Ring of Fire’s Farron Cousins discusses this.

Republican Representative Mo Brooks from the state of Alabama has actually figured out the problem of sea-level rise. He understands what it is behind it and how big of a threat it is to the United States of America and places all over the globe, but Mo Brooks tells us it’s not climate change. It’s not rising temperatures. It’s not the constant emissions. No, no, no! It’s rocks. Rocks falling into the ocean are causing the sea level to just rise as astronomical paces, and that’s the real threat.

We don’t need climate change regulations. We need rock regulations according to Mo Brooks. That is what he said, actually, during a meeting of the House Science, Space, and Technology Committee. This guy sits on that committee, Science, Space, and Technology, and somehow has the audacity or the stupidity to sit there and tell us, “Ignore the science. It’s the rocks, those darn rocks falling into the water.” Yes, there’s an argument to be made for displacement, but how big are these rocks we’re talking about here? They would basically have to be the size of a small country falling into the ocean to really have any kind of a difference whatsoever.

Brooks tells us that it’s the White Cliffs of Dover, rocks falling off of those, rocks falling off the coast in California, and sediment being carried into the ocean from rivers all around the world. Those three things are what’s causing the sea-level rise, but mostly, obviously, it’s the falling rocks. After hearing this, after reading what Brooks had to say, I realized he might have a point about the falling rocks. In fact, I’m willing to bet if this man honestly believes this, that he has experience with falling rocks because only a traumatic head injury would explain how somebody could be so painfully stupid. Maybe Moe Brooks needs to go check for a concussion. Maybe some kids in the neighborhood were throwing rocks, one caught him in the head, and now he can’t think straight and thinks that science isn’t real, but falling rocks are a threat to humanity.