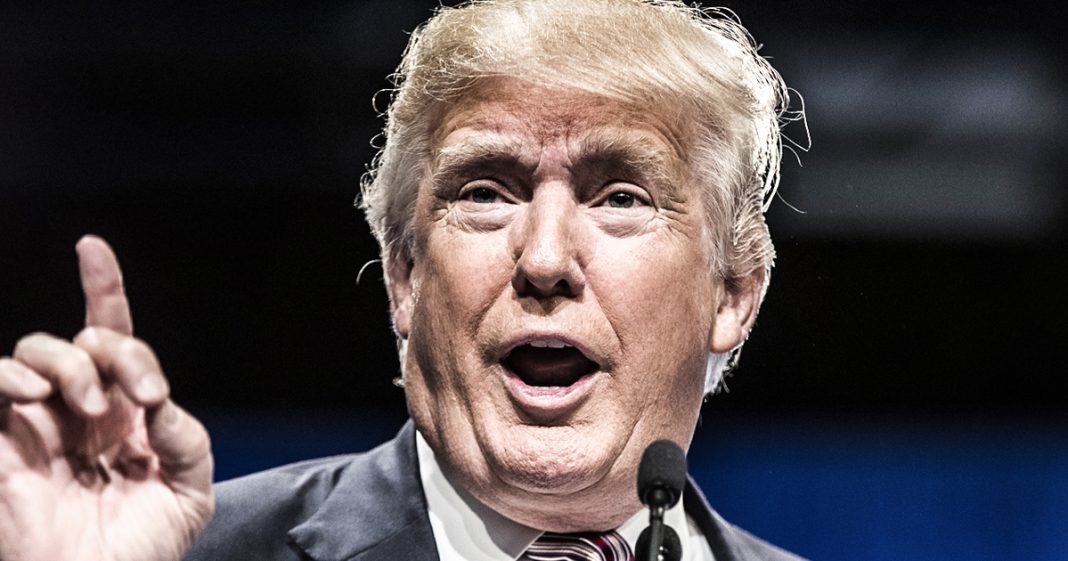 The Trump administration is frantically scrambling to fill vacant staff positions in The White House, and they’ve hit the point where they don’t even care what kind of experience you have, or really even if you have experience at all. According to reports, the administration has actually stopped asking applicants to submit professional references, making the Trump Team’s hiring practices less strict than a fast food restaurant. Ring of Fire’s Farron Cousins discusses this.

According to a recent report by the New Yorker. The Trump administration is so hard up to find new staffers. And to fill some of the many vacant positions that they have in the White House. That they have actually stopped asking applicants for professional references so that they could check up and see if this person is actually on the level.

In addition to that, the 63 question, questionnaire that the White House used for potential staffers has actually been cut in half. Now, they’re only asking potential applicants about 30 questions, before they consider whether or not to bring them in for a job interview. And hire them, for again, one of the very many vacant positions in this administration.

But the professional reference’s thing is what actually scares me. Alright, I had a text message the other day from my nephew. He’s applying for a job at a newly constructed Dairy Queen, okay, Dairy Queen. The text asked if he could use me as a reference. And I said yeah absolutely, I’d be more than happy to that for you. So, I point that out to make this point. Dairy Queen has stricter hiring guidelines than the Trump Administration. Like, you’ve got to have people willing to vouch that you’re perfectly capable of putting ice cream into a cup. But, you don’t have to have anybody say that you’re good to go to work in the Trump White House.

That’s how chaotic and borderline psychotic this White House has gotten. I mean, these are people, who are going to be quite literally carrying folders filled with top secret information. Shouldn’t we know why they left their last job? Shouldn’t we know what their previous employers have to say about their work ethic and their trustworthiness. I think that’s actually pretty important because if it’s good enough for Dairy Queen. Then I think it’s good enough for the Trump Administration and the office of the presidency itself.

We need to know, what is going on with these peoples histories. Because if we don’t know, we might end up with more people working in the White House, like Jared Kushner. A guy who can’t even fill out his own security clearance forms properly. And just had to resubmit yet another form for the 40th time. Because he keeps lying on it. So, yeah, I think we need to check professional references when somebody is applying for a job in the White House. If for no other reason than to avoid having more idiots there, like Jared Kushner.