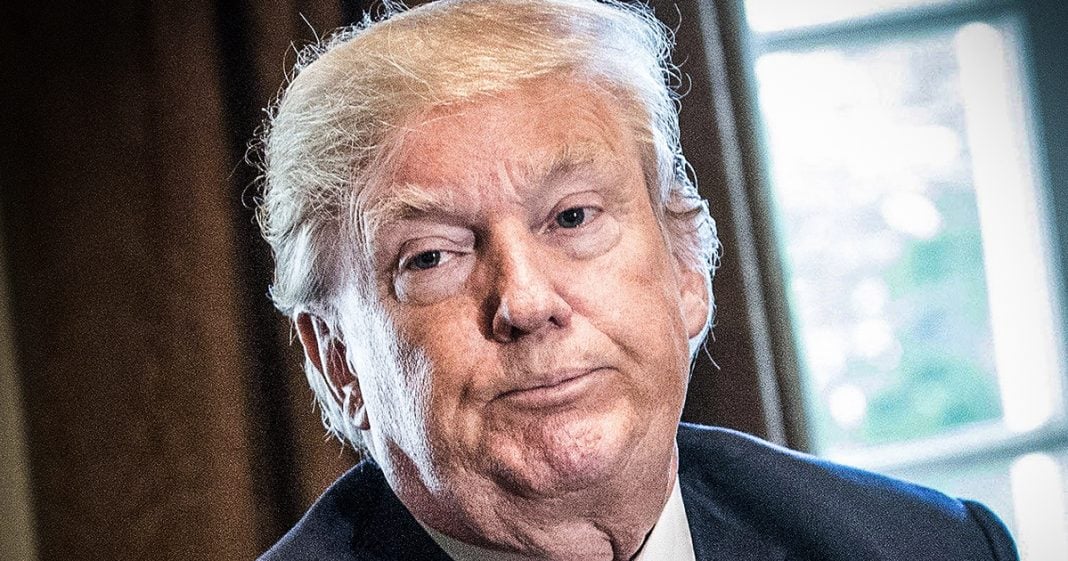 The Republican Party can’t seem to find any big city willing to host their 2020 Presidential convention. Some of the major cities that have been contacted have outright declined, and others that had expressed interest are now pulling out. Nobody wants the gaggle of alt-righters and deplorables that would come along with a convention, and the GOP is running out of options. Ring of Fire’s Farron Cousins explains why no one wants to play with the Republican Party.

Republicans are already gearing up for their 2020 Presidential convention, and they’re assuming at this point Donald Trump’s probably going to be the Republican nominee should he not be impeached, or otherwise removed from office, before the 2020 convention rolls around. But there’s another problem that the Republicans are facing, and it’s not just because they don’t know if Trump’s going to be in jail, or if he’s going to be the President. It’s the fact that there are hardly any cities in this country that actually want to hold their disgusting convention. According to new reports the RNC, Republican National Committee, is struggling to find anywhere in this country willing to host their convention because they don’t want to deal with all of the security issues, and all the nonsensical hoopla, that comes along with having a gaggle of Republicans descend upon their city.

Now according to The Hill, most of the cities that have declined invitations from the Republicans are Democratic cities, which only means they have a Democratic Mayor, but the majority of the populous might actually be Republican, so I don’t really buy that whatsoever. And we do know that when these conventions come to a city, yes they cost a lot, but they also bring in a hell of a lot of revenue, so the “Oh, it just costs too much,” is a bullshit argument. It’s not true. They bring in just as much money as they take out, in many cases they actually make a profit from it.

The reason they don’t want the Republicans to descend upon their city is because they’ve seen what has happened in the last year-and-a-half when a bunch of Republican Trump supporters get together in an area. They remember Charlottesville. They remember other hate-filled rallies fueled by President Trump’s words across this country, and they don’t want to get sucked into the middle of that. Here are some of the cities too. I mean, we’ve got Las Vegas, a city where Trump owns millions of dollars in real estate. They don’t want him. San Antonio, Texas. Yeah, last I checked Texas is still a pretty red state. Cleveland, Nashville, also a red area, Philadelphia. The only city that, ironically, has expressed interest is Charlotte, North Carolina. Not Charlottesville because that would be fitting for these idiots, but Charlotte, North Carolina said “Eh, we’re still open to it. Maybe we’ll see what happens.”

Look, here’s the thing though. Trump has poisoned the Republican Party to the point that these cities are willing to tell the entire party, “Go away, we don’t want you here because of what you bring with you.” This isn’t an indictment of those cities. This isn’t an indictment of the Republican Party. Look at what you have allowed yourselves to become under Donald Trump. Nobody wants you around anymore, and that’s not their fault, that’s yours. You need to take a good, hard, long look in the mirror Republican Party, and you need to figure out if you want to be the party of Donald Trump, or if you just want to be the small government party that doesn’t like paying taxes, because, yeah believe it or not, those are two different parties. There used to be a time when Republicans were just kind of backwards on their policies, but today they’re openly racist, openly horrible, and we have a President who actually acts as the biggest cyberbully in the nation, and that’s what you’re embracing, and that’s why nobody wants you to come to their city to hold your convention.