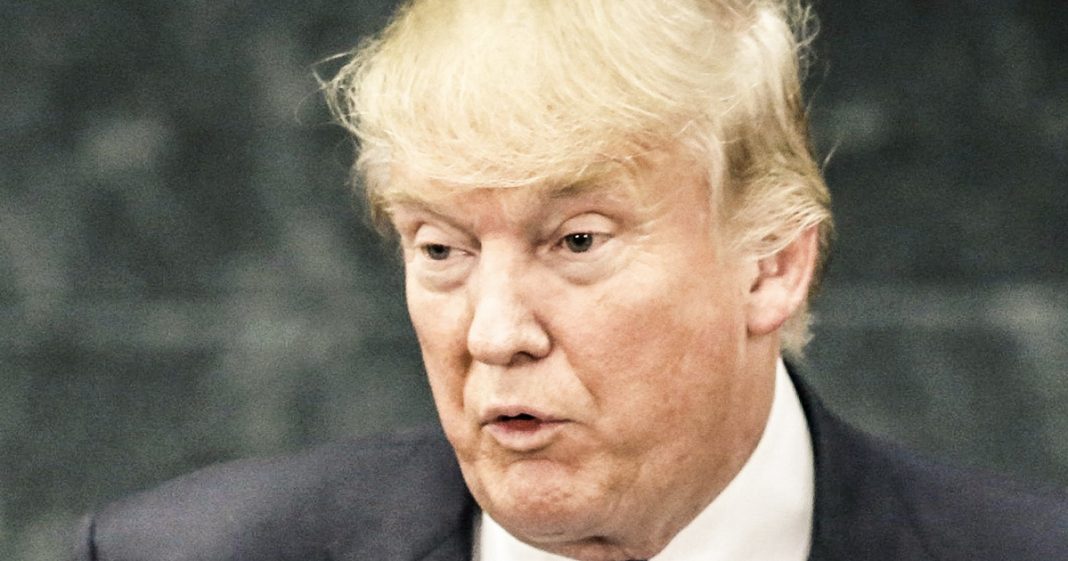 In an attempt to not look like the monsters they truly are, the White House released a video of high ranking officials giving their thoughts on the Laurel Yanny audio clip. While there’s nothing wrong with showing your humorous side every now and then, the people featured in the video are liars, cheats, and hate-filled monsters, so let’s not let them try to humanize themselves in the midst of all the chaos. Ring of Fire’s Farron Cousins discusses this.

The Donald Trump administration wants people in this country to know that they’re just like them. They put their pants on one leg at a time, and they struggle to differentiate the tones in the audio clip, as to whether or not they’re saying Yanny or Laurel. So in an attempt to humanize themselves a little more, they put together this fun little video to show you that, hey, we’re not monsters 24/7. Take a look.

It’s Laurel. But I could deflect and divert to Yanny, if you need me to.

Sarah, it’s been reported that you hear Laurel. How do you respond?

Clearly, you’re getting your information from CNN, because that’s fake news. All I hear is Yanny.

That’s so cute, right. I mean, he said covfefe in that tweet that time. Everybody made fun of him for being a moron, and now he’s using it again. It’s a good call back. I mean, he may have missed his calling as a standup comedian. And then he got Huckabee Sanders, who says, “No, I hear the other thing. You’re fake news, just like CNN.” So she gets her little jab in there at CNN. That’s great. And then Kelly Anne Conway says, “Maybe I’ll flip my position”, because they’re all a bunch of fucking liars. That’s the joke. That’s the end of it, right?

These people are not humorous. This isn’t a fun little thing to do. First of all, it’s a waste of time to begin with. But second of all, you have these people making light of their problems; the way the public perceives them. Kelly Anne Conway flips her positions constantly. She goes out, lies on behalf of the president, as does Sarah Huckabee Sanders. She insults members of the media by calling them fake news. And now they think that that’s fun to joke about? Weren’t these the people who were just triggered by a comedian making fun of these people for doing the exact same thing? I mean, they absolutely flipped out about Michelle Wolfe making fun of them for lying all the time. Now, here they are, using their self-deprecating humor to show us, as American citizens, that hey, they’re just like the rest of us.

And as for Donald Trump’s role in this, the covfefe call back, I guess, it would be slightly humorous if 24 hours before that, you hadn’t referred to immigrants in the United States as animals. If you weren’t bending over backwards to destroy the environment, to cut Medicaid, cut food stamps, cut children’s health insurance programs, maybe we’d chuckle at you for making this humorous joke, but instead, we’re thinking about the fact that we have children in this country who do not have healthcare. They don’t have anything to eat. They’re going hungry. You’re bombing the hell out of other countries for absolutely no reason whatsoever. You just fired the cyber-security chief at the federal government right before the midterms, when we already know that other countries want to hack into our systems, so why should we laugh with you? Why should we think that you’re humorous for putting together this little video?

You people are monsters. And I don’t think anyone’s buying the fact that you’re also nice decent little human beings, who enjoy to have a laugh every now and then. Because as soon as the little camera stopped rolling, you guys went back to work lying to the public, and trying to destroy everything that once made this country great.