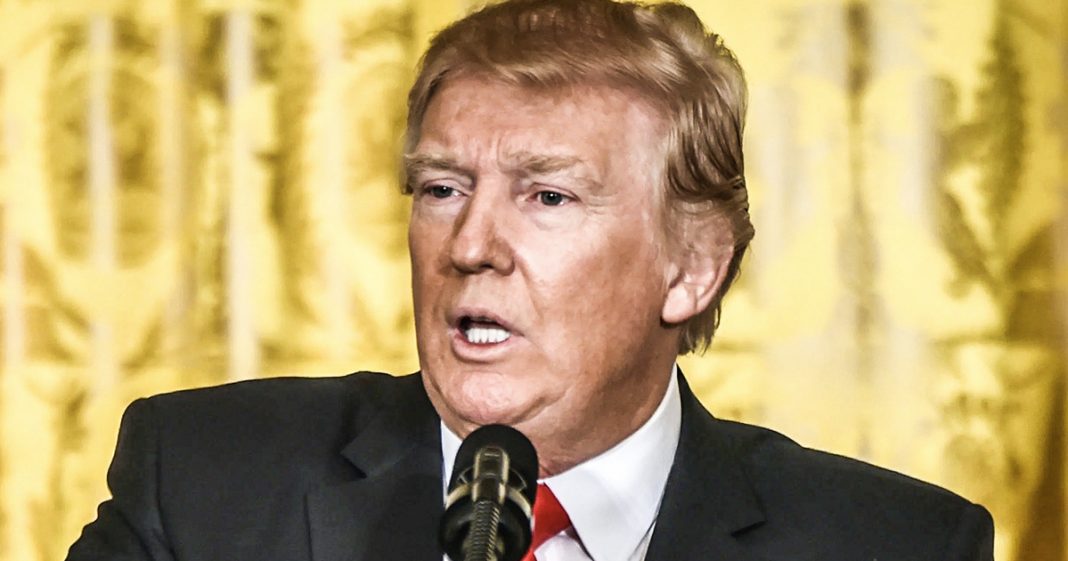 Echoing the talking points of brutal dictators of the past, Donald Trump claimed that some illegal immigrants coming into this country “aren’t people, they are animals.” This occurred during a roundtable discussion with California lawmakers opposed to sanctuary cities in their state. These are the same lines uttered by some of history’s worst leaders who proceeded to slaughter millions of people, and Trump’s supporters seem perfectly fine with the comments. Ring of Fire’s Farron Cousins discusses this.

On Wednesday of this week, Donald Trump proved that there is no level too low that he will not sink to in order to prove to the world that he is in fact a racist bigot. During a round table discussion with local law makers and leaders from the State of California, where they were talking about the dangers of sanctuary cities, Donald Trump said the following about immigrants in the United States, “These aren’t people. These are animals.” “These aren’t people. These are animals.” Immediately, obviously, the media pickup on this, social media picked up on this, and everybody goes after the President.

You had people like Donald Trump Jr. and Kellyanne Conway who were saying that he was referring to the MS-13 gang members. Conway went as far this morning as Tweeting out that America owes him an apology for jumping to conclusions about this. Let me tell you something, Kellyanne. What your boss, what the President of the United States just did here, whether he was referring to gang members or not, because I don’t buy that for a second, and I’ve looked at the transcript. They mentioned MS-13, but this is how he feels about all immigrants into the United States, so don’t try to bullshit us here.

Your guy is using the same kind of language that the Nazi’s used, that Hitler used. He’s using the same language that was used during the Rwandan genocide, when the Tutsi’s were referred to as cockroaches. Back in Nazi German, Jewish people were referred to as vermin. Now, Donald Trump refers to illegal immigrants in the United States as animals. These are people. I think that even the more important thing is, these aren’t people. Forget the animals part, it’s just that he doesn’t even view them as human beings. He’s not going to lose a single follower because of this. Hell, he might actually gain some because the Republicans have become the party of hatred and bigotry. These aren’t people. These are animals. Yet, if you recall when that neo-Nazi rally took place in Charlottesville, he said that those were some very fine people. Just so we’re clear, immigrants coming into the United States are animals, but neo-Nazis are some very fine people.

If you support Donald Trump, you support overt racism here in the United States. That’s a fact. That is a fact, and you cannot weasel your way out of this. This man has given us too many examples of just how racist and hateful he truly is. He is, without a question, one of the most disgusting people to ever enter that White House, let alone sit in the oval office as the President of the United States. There is no making nice with people who want to write off these statements. There’s no need to engage in rational discussions with them anymore. They don’t deserve that courtesy. If you’re going to stand there and defend a man who refers to other human beings as, not people, but animals, then there’s no arguing logic with you at this point.

We’ve hit a new low as a country here, ladies and gentlemen. A low that I didn’t think we were going to hit in my lifetime. I knew things were going to get bad under Trump, but I didn’t know they were going to get like this. That is what is so disappointing about this. We knew how racist he was. We just didn’t know that it could get even worse, but every day, Donald Trump loves to prove us wrong, just when we think he can’t become a worse human being.