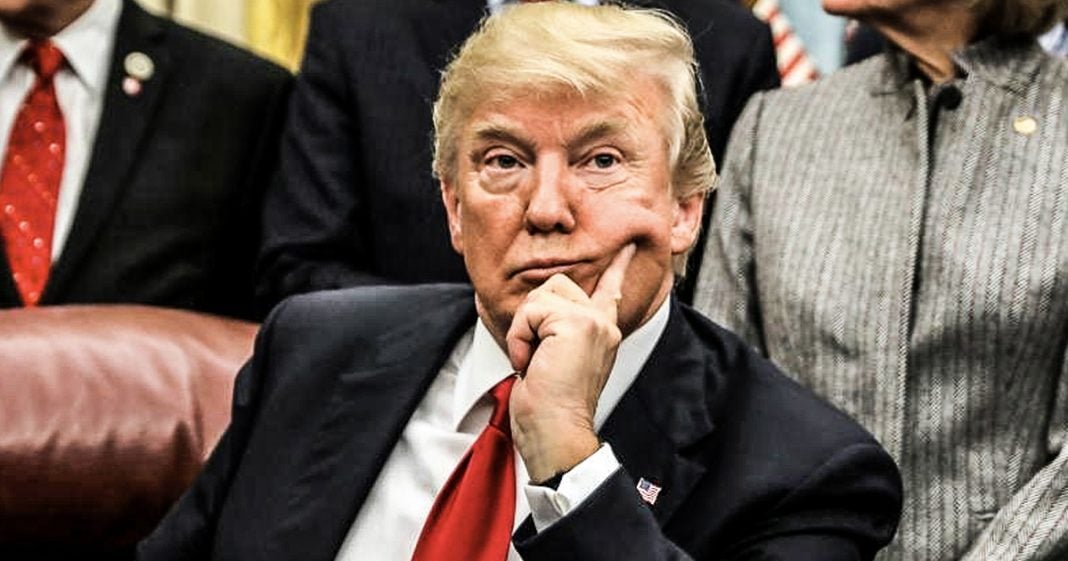 Donald Trump may have committed a felony with the lies and payments he made to Michael Cohen with regards to the Stormy Daniels payoff, or at least, that’s what the federal Office of Government Ethics determined this week. After Trump’s financial disclosure forms were released showing that he did, in fact, pay Cohen for the Daniels’ payment, the office referred the case to the Department of Justice for potential prosecution. Ring of Fire’s Farron Cousins discusses this.

On Wednesday of this week, Donald Trump was forced to release, reveal, and most importantly report his financial disclosure statements, and on those statements, after they had been analyzed by the government, it was revealed that he did in fact make a reimbursement payment to Michael Cohen in the range of somewhere between $100,000 and $250,000. The exact amount was not necessarily shown on the disclosure forms.

The reason this is important is because one, it shows that, yes, he reimbursed Michael Cohen for the Stormy Daniels hush money payment; two, Rudy Giuliani had said that they were paying Michael Cohen hundreds of thousands of dollars, upwards of about half a million dollars. So, right off the bat, we know that Rudy Giuliani was clearly lying about that.

We also know that this payment shows that Donald Trump was well aware of the hush money payment. He paid Michael Cohen back, and therefore that is at that point, due to as Rudy Giuliani said the fact that they wanted to keep this quiet to help Trump’s campaign, this is an in-kind campaign contribution that Donald Trump was 100% aware of, and that is why on Wednesday, the Office of Government Ethics referred the matter in their report over to the Department of Justice for potential prosecution of Donald Trump.

The OGE, Office of Government Ethics, they’re the ones the who made this information public, and they wanted everyone to know that they were referring the matter to the DOJ to look into further. Legal analysts all across the media are telling us that this means they want the DOJ to prosecute the president, or at least consider prosecuting Donald Trump for this payment as a campaign finance violation, possible other prosecutable offenses in there. Perhaps there is obstruction of justice; perhaps there’s perjury. I don’t think Donald Trump’s been under oath, so I don’t think that one is really going to go anywhere, but he did lie to the American public, he lied to regulators, he lied to all of us about this payment, and ironically enough, you still have Rudy Giuliani out there on TV today lying on behalf of the president again.

To me, what’s so interesting about this story is the fact that we may not even need the Mueller investigation to come up with anything because if we could nail Trump for a campaign finance violation, yeah, that would also be an impeachable offense. Will it happen? Probably not, and that’s the sad part about all this.

With all of the other investigations going on and the potential very serious crimes that could have been committed by the Trump campaign or the Trump administration, this campaign finance violation is relatively small potatoes. Would it take down a normal president? Absolutely, but not a guy like Trump, unfortunately. He has too much power over Congress, too much power over the investigative bodies, and I just don’t think it’s really going to amount to anything at this point, and again, that’s very unfortunate. I wish it weren’t that way, but I don’t think that this is going to be the singular event that takes down the Donald Trump administration.

It’s slimy, it’s unethical, and it’s most likely illegal, but we’ve seen Donald Trump walk away from worse in the past, and I have no reason to think that he’s not going to walk away from this one, as well.