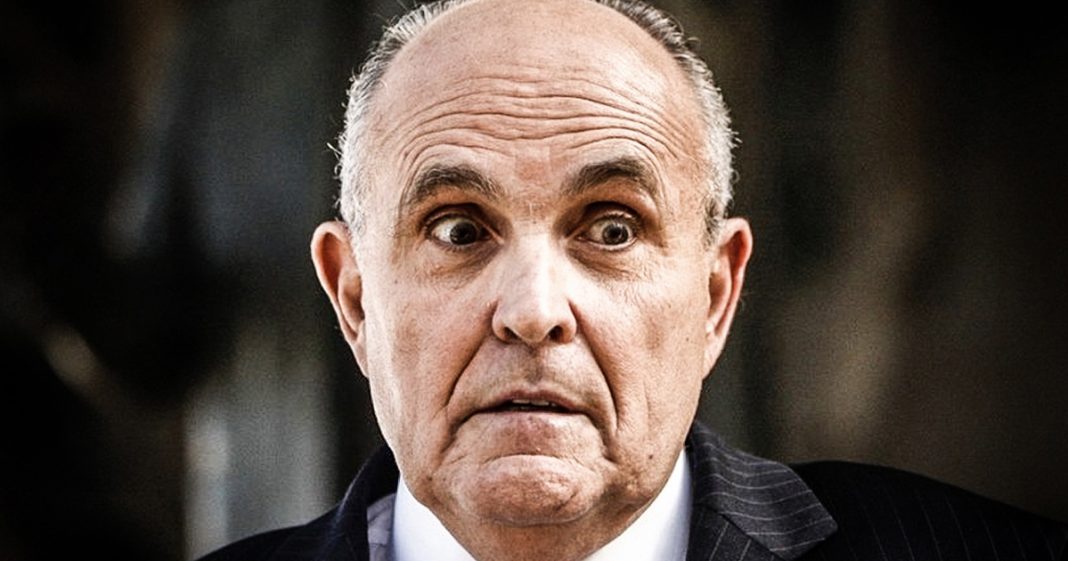 Rudy Giuliani, perhaps trying to regain the confidence of the President, is now threatening special prosecutor Robert Mueller with a campaign against him if he doesn’t wrap this investigation up immediately. Giuliani’s attacks on Mueller are not going to sit well with the public, and they could also cost Trump a lot of credibility in court, as Ring of Fire’s Farron Cousins explains.

Rudy Giuliani is hoping to get back on Donald Trump’s good side after not only embarrassing him several times on national TV, but also possibly implicating him in more criminal activity. This week, Rudy Giuliani during an interview said that he and the rest of Donald Trump’s legal team are going to ramp up the pressure on Robert Mueller. Specifically, they’re going to basically lunch a smear campaign against him unless he agrees to go ahead and just wrap up this whole investigation thing. Giuliani is now out there threatening the special prosecutor, the guy who basically controls Donald Trump’s fate as President of the United States, threatening him to end the investigation or they’re going to start going out in the media and talking about how horrible he is.

Now, the question I have is how is that any different from what you’re already doing? Every Republican out there, especially those on Fox News, are already talking on a daily basis about how this investigation is stupid. Robert Mueller should be investigating Hillary Clinton. Robert Mueller should be in jail. Donald Trump did nothing wrong. No collusion. This investigation has produced no results other than obviously the five guilty pleas, the one person already in jail, and the 19 indictments that have come from it. But yeah, other than that, totally nothing has come from this investigation so far. What exactly is Giuliani threatening to do? More of the same that doesn’t appear to be working other than with the hardcore MAGA crowd?

Nobody is buying into the nonsense that Fox News and these other hardcore Trump supporting Republicans are selling. Giuliani is on his last leg at this point. Furthermore, threatening the special prosecutor, the guy who you will eventually have to go up against, have to confront, have to speak with, threatening him probably isn’t a good way to make things go your way in this investigation and the forthcoming questioning of the President of the United States. Giuliani went on during this interview to say that Trump has no reason to go speak with Mueller unless of course he wants to turn over every document, everything that they have uncovered during the investigation, the written transcripts of every testimony that he has received for Trump to review and then he’ll go and testify or at least speak with him.

Giuliani again being one of the worse lawyers in America needs to understand that that’s not how investigations work, especially when you’re trying to look into somebody who could’ve perjury, they could’ve obstructed justice, you don’t give them the information that everybody else gave to the special prosecutor because then they can just tailor their testimony around that information so that they don’t get busted in a lie. Honestly, is this Giuliani’s first day as a lawyer? This guy is a national embarrassment and yet for some reason Donald Trump thinks he’s going to be the savior, he’s going to be the guy that absolutely vindicates his administration. Best of luck with that.