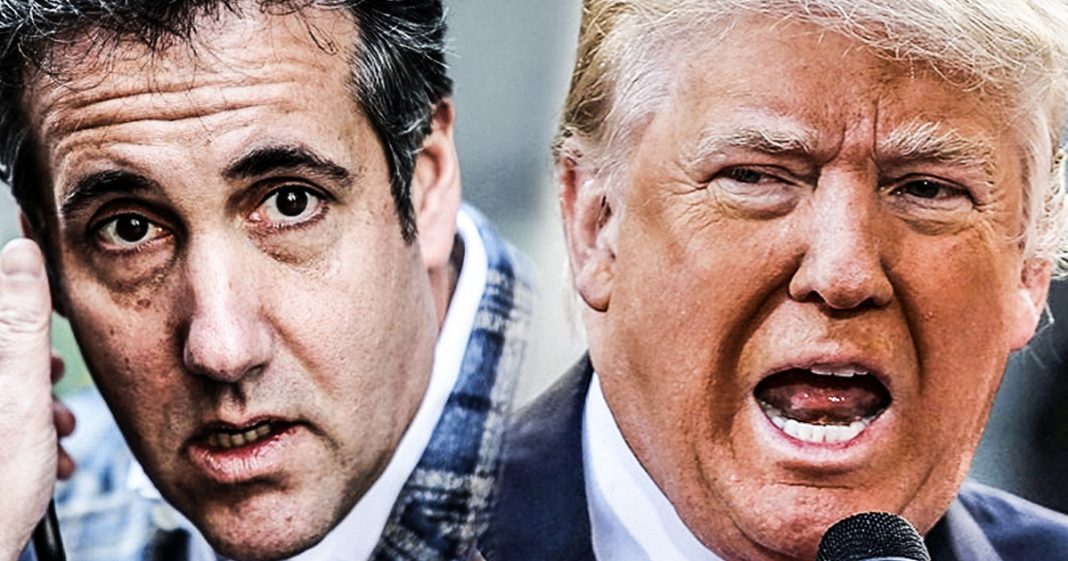 Donald Trump’s lawyer Michael Cohen is now facing some of the most serious allegations against him to date. According to a major new report, Cohen alleged asked officials from Qatar, during a meeting in Trump Tower, to pass millions of dollars along to him so that Cohen could then funnel the money to the Trump family in exchange for influence. If you were looking for a smoking gun, this could be it, as Ring of Fire’s Farron Cousins explains.

According to a major new report by the Daily Mail in the United Kingdom, Michael Cohen, Donald Trump’s lawyer, during a meeting in Trump Tower in December of 2016 met with officials from Qatar, where he asked them to give him millions of dollars that he would then pass along to the Trump family.

Before we get into the details of this meeting and this alleged deal that Cohen tried to work out, let’s just look at that statement right there. Michael Cohen asked officials from Qatar to give him millions of dollars that he then wanted to pass along to the Trump family. That money was to be used as influence to make sure that their policies towards Qatar in the Middle East were friendly. That is bribery, that is illegal.

And officials from Qatar have confirmed that this did in fact take place. There is photographic evidence that shows Michael Cohen speaking with these officials in Trump Tower. There is no possible way that Michael Cohen can lie his way out of this situation.

So, here’s a little bit of backstory. Officials from Qatar were meeting in Trump Tower, Michael Cohen happened to just pop in to the meeting, he was not an official invitee to it. But he popped in and spoke with them for just a little bit, pictures were taken … I don’t want to say without their knowledge, but they weren’t posing for pictures, they were more candid. And that’s when Cohen asked for the money that he wanted to pass along to the Trump family in exchange for access and potential favors from the president of the United States.

The reason Cohen not being invited to that meeting but showing up anyway is important is because of this, during that same time we know that Donald Trump was holding meetings inside of Trump Tower, meeting with officials, meeting with celebrities, meeting with people who wanted to get policy ideas heard, and hoped to navigate and basically direct what would happen during the Trump administration. That’s when he and Ivanka met to talk with people about climate change and things like that, it was going on in Trump Tower around the same time.

So, it’s unlikely that Cohen just happened to pop into this other meeting that Trump himself was not at, without guidance. Cohen went in there knowing exactly who he wanted to speak with, what you wanted to say, and what he wanted to get in return. I don’t think, based on what we’ve seen, Cohen is smart enough to know to do that. I fully believe 100% that he was told to go pop into that meeting, possibly by somebody who had recently elected president, who has most likely present in the building, to make that happen.

Donald Trump has some very shady deals in his past, and all of this spotlight on Michael Cohen, the recent raid by the FBI, is helping to bring these to the public’s attention. There is eventually going to be a smoking gun found in this situation, and to me this meeting, this deal that Cohen tried to work out, so far is the biggest smoking gun that we’ve gotten from this investigation.