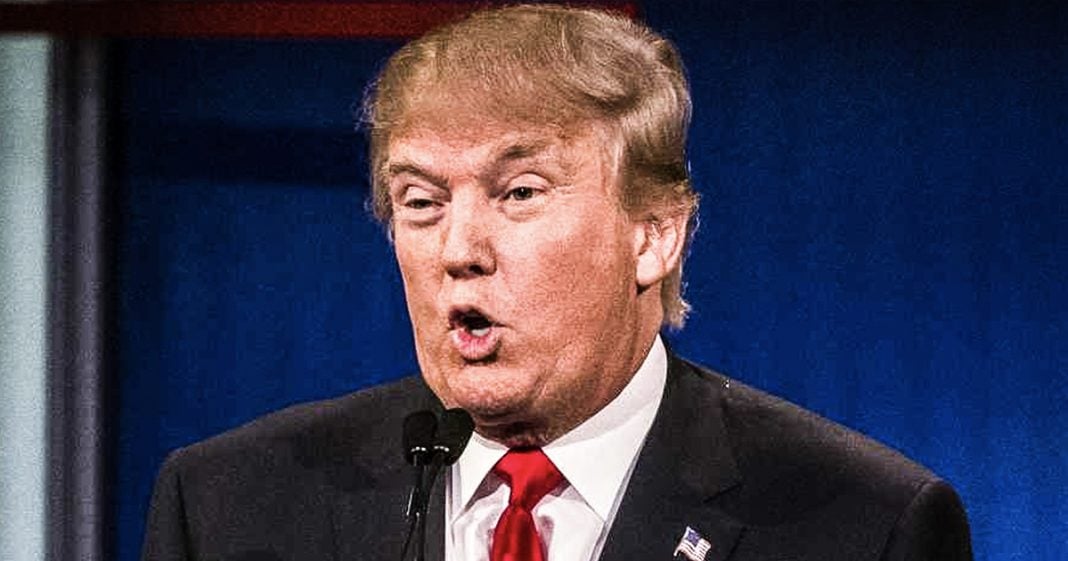 During one of his unhinged Twitter tirades this week, President Trump said that the reports of people within his administration leaking info to the press are absolutely “fake news” that the media is exaggerating. In the VERY NEXT SENTENCE, he contradicts that “fake news” claim by saying that his administration has a huge leaker problem. This man is all over the place, and his mental instability is once again on full display, as Ring of Fire’s Farron Cousins explains.

On Tuesday Donald Trump seemed to be having a bit of a breakdown on Twitter over the fact that he really can’t trust any of the members of his staff. He’s having a problem with the leakers is what it is. We’re seeing more and more reports come out in major publications where people are speaking to unnamed sources at the White House, and Donald Trump is obviously pissed off about the fact that the people in his administration are telling all his dirty secrets out there to the press. So he took to Twitter, as he always does, and tweeted out the following: “The so-called leaks coming out the White House are a massive over exaggeration put out by the fake news media in order to make us look as bad as possible. With that being said, leakers are traitors and cowards, and we will find out who they are.”

So in one tweet, in two sentences Donald Trump says that leaks are fake news. They’re totally fake. The media is making this up. And then literally in the next sentence admits that, “Yeah, we’ve got a big problem with leakers and we’re going to find out who you are. But you’re fake also.” So it leaves me wondering, is it actually fake or is it a problem that you feel needs to be dealt with? Because if you’re admitting, as you are in the second sentence of that tweet, that these people are leakers, then that would also mean that these reports coming out by the media aren’t exactly fake. I mean hell, if you want us to believe that there’s not a problem with leakers, then why is it that last Friday, Sarah Huckabee Sanders had to hold a meeting about people leaking to the press?

Yes, leakers are a big problem for your administration. In fact, one recent interview with them when they were asked why they continue to leak to the press, the guy said because it’s like playing with matches. You know it’s dangerous but you want to do it anyway, just to see what happens. This is what happens when you put a numbskull like Donald Trump into the White House. He doesn’t know what he’s doing. He doesn’t know how to hire the right people for these political positions. So he hires the worst of the worst, and you get people like that who just want to cause chaos because Donald Trump wants to cause chaos in this country.

I had no sympathy for the president and all the people leaking stuff about him. I applaud the leakers. They’re the only ones telling us what’s actually happening inside of that White House, and regardless of their reasons for doing this, this is information that the public needs to know about. Trump has not done a single standalone press conference with the American media. So all we have are the leakers, because we know we’re not going to get the truth out of people like Kellyanne Conway or Sarah Huckabee Sanders or any member of the Trump cabinet. These leakers and the anonymous sources and the people out there taking private phone calls with The Washington Post, those are the real heroes of this administration. They’re not traitors. They’re not cowards. They’re just people who want the American public to understand the truth about what’s actually happening inside that chaotic White House.