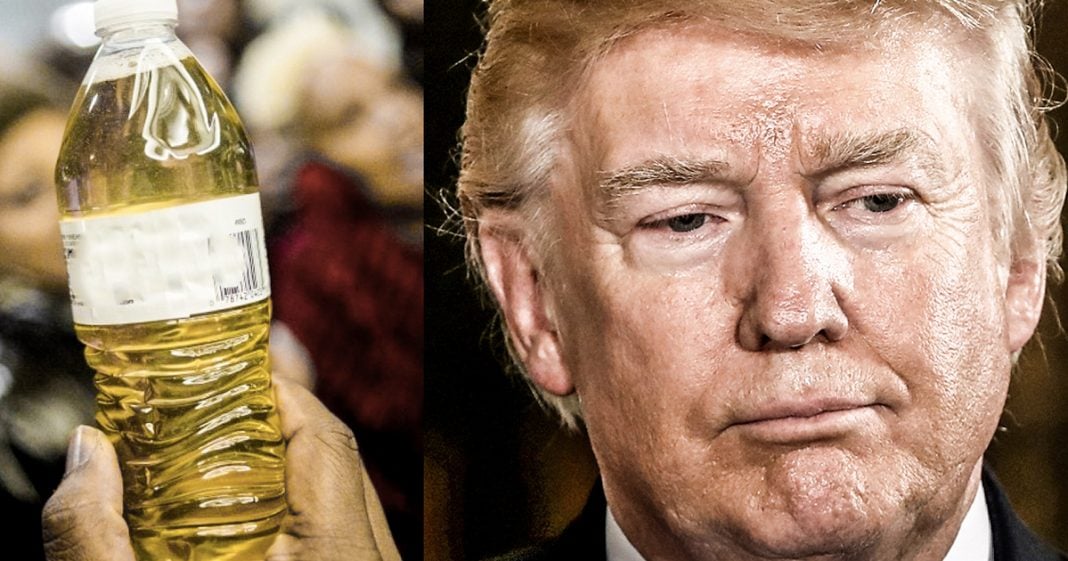 Members of the Trump administration thought it would be a good idea to bury a report showing that millions of people in America were drinking poisoned water. The affected areas range from North to South and coast to coast, but the administration refused to release the study because they feared it would lead to a “public relations nightmare” for the administration. Ring of Fire’s Farron Cousins discusses this.

When it comes to the Trump White House, the thing you have to understand is that they only care about public perception of the people inside that White House, specifically Donald Trump himself, and that’s why recently they buried a report showing that drinking water systems throughout the United States were poisoned with chemicals from military bases, chemical plants, and other industrial-type factories. The EPA actually put this report together with the Trump Administration and the Department of Defense, three little groups working together on it, where they found out, oh no, millions of Americans are literally drinking poisoned water, but because they feared negative PR over this report, they decided to bury it and never publish the findings, and not even hand it over to members of Congress.

We know this now because of a Freedom of Information Act request that uncovered both parts of the study and emails pertaining to the study. Here is what one Trump aide said with colleagues while talking about the findings, according to one of the emails obtained via this FOIA: “The public, media, and congressional reaction to these numbers is going to be huge. The impact to EPA and Department of Defense is going to be extremely painful. We cannot seem to get ATSDR to realize the potential public relations nightmare this is going to be.” Public relations nightmare. They were more worried about their image than the fact that millions of Americans are drinking poisoned water. These are industrial military-grade chemicals that people are filling up in their glasses every time they walk to the faucet. They’re showering in it. They’re brushing their teeth with it, but this administration was only concerned with the PR nightmare that could happen when people realize what kind of information they are covering up.

At the time, there wasn’t even a cover up yet. These were the decisions that they used to cover it up, because they didn’t want to deal with the PR nightmare, so in their minds, in the Trump Administration’s minds, it was perfectly fine to let millions of people continue to use this poison water, to put it in their body every single day, cancer-causing chemicals in these waters. They were fine with that, as long as it didn’t result in any negative publicity for this administration, because God knows they can’t take yet another hit to their image, what with all of the criminal investigations going on and all the scandals with all the Cabinet members. Yeah, warning people about deadly drinking water was the least of their concerns.