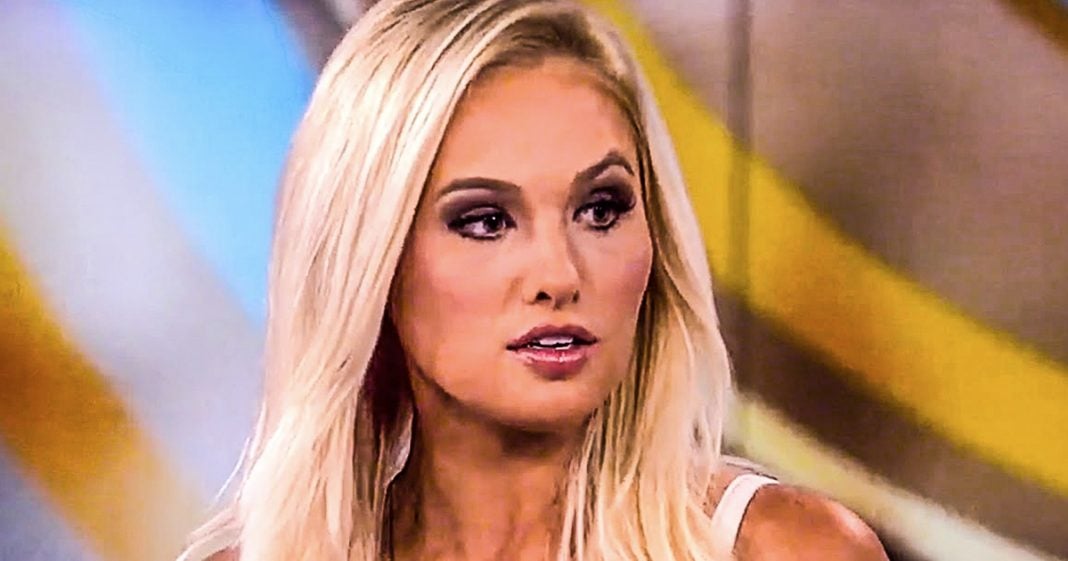 Fox News contributor Tomi Lahren appears to be having a public meltdown over immigration, and on Tuesday she told her followers via Twitter to go to Whole Foods and steal food from liberals. She thinks this is some kind of metaphor for immigrants, but what it really is is a low hate-filled individual freaking out over the fact that her lineage was just exposed and she is a descendant of the same kinds of people that she rails against every day. Ring of Fire’s Farron Cousins discusses this.

Fox News contributor and admitted person who is still on her parents health insurance, Tomi Lahren, on Tuesday tweeted out something that I guess she thought was going to be funny or maybe it was going to be a way to quote, “Own the libs.” But nonetheless, Tomi Lahren got on Twitter and actually encouraged her idiotic followers to go out and steal food from liberals. Here is the tweet, this is exactly what she said. “Lets play a game! Go to Whole Foods, pick a liberal (not hard to identify), cut them in line along with 10-15 of your family members, then take their food. When they throw a tantrum, remind them of their special affinity for illegal immigration. Have fun!”

I know this was Lahren’s attempt to kind of show us what illegal immigration actually does to people in this country but first and foremost, yeah, that’s not at all what happens, you moron!

Second of all, you literally just told your followers to go out there and commit crimes and should anyone of them decide to do that, you can be held criminally liable for it. So good job there idiot, you just basically implicated yourself in some kind of crime if one person goes out and does this because of your tweet, you get to be prosecuted for it. How does that feel?

Honestly, I would love to know what it feels like to go through every single day of your life being that painfully stupid, because that’s what Tomi Lahren is. She is a hate-filled, ball of stupidity and rage that Fox News believes is somehow good for their ratings. She hates immigrants so much but the reason for this particular Twitter freakout, is because the other day when she went on Fox to defend John Kelly after he said that immigrants come here with no skills and we don’t want those people. So she doubled down on it and said, “Yeah, they need to learn English. They need to have skills, we’re bringing in the worst of the worst.”

So she is pissed off because her hypocrisy has been exposed so she felt the best way to deal with that was to have a nervous breakdown on Twitter and encourage her followers to go out there and commit crimes of which she can be held criminally liable for encouraging them to do.

Have fun with that Tomi.