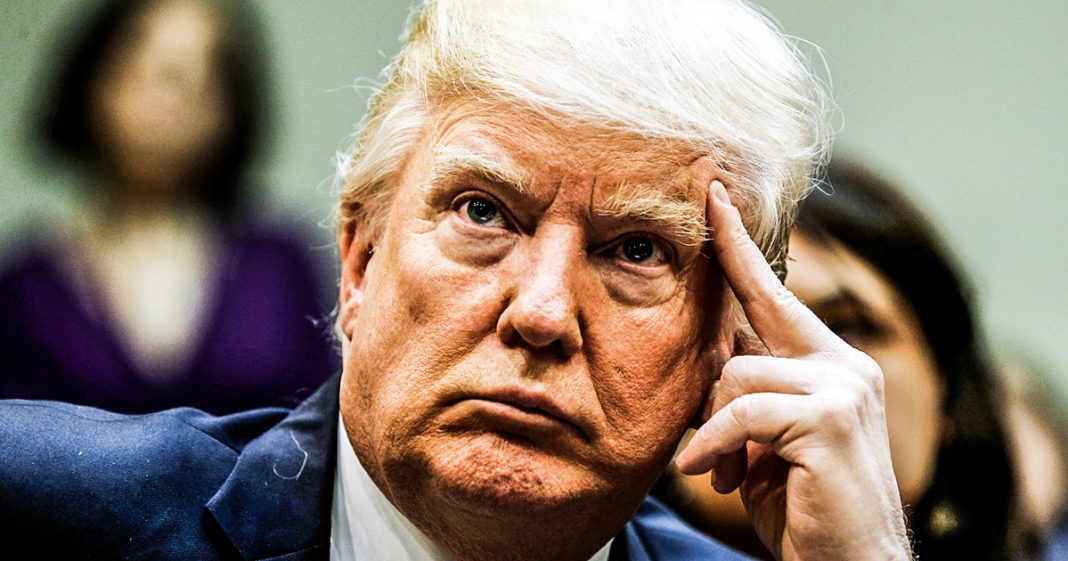 Donald Trump has absolutely no idea how much trouble he could be in, as evidenced by the recent reports from aides saying that the President is asking for lawyers who can perform better on TV while defending him. This isn’t a TV show, this isn’t a contest – this is a criminal investigation that could take down an entire political party, and Trump doesn’t seem to understand that. Ring of Fire’s Farron Cousins discusses this.

In case you needed any further evidence to prove that Donald Trump has absolutely no idea how much legal trouble he could be in, consider this. A new report has come out, where 22 different sources within the White House have confirmed that Donald Trump has said to them that he needs better TV lawyers to help fight back against the Mueller probe. Now, this is in reference to the fact that his newest lawyer, Rudy Giuliani, every time that guy goes on TV, he seems to implicate the President in another crime, or admits that yeah, all of the things he’s been accused of doing, he’s absolutely done, so what?

So yeah, the President’s been really unhappy with Rudy Giuliani’s performance, and now he’s telling staffers that he wants better TV lawyers. Here’s the thing the President has to understand, okay? This isn’t a TV show, okay? This isn’t some kind of reality competition, where the best lawyer on TV wins. This is a very real legal problem that you are facing. If your only goal is to find a lawyer who can perform well on television, then you’re not focusing on the actual problem.

You see, you’ve already lost in the court of public opinion. So why even bother trying to find a better lawyer for TV interviews? What you should be telling your legal team is, “Stop going on TV.” There is no good that can come out of any interview with any of your lawyers. What you need to be worried about is how they perform in court. How they’re going to help you when it comes time for you to go meet with Robert Mueller himself, and possibly testify in front of the grand jury, which is likely going to happen, since you’ve got only a few days left before you have to make a decision about whether you’re going to meet voluntarily, or if you’re going to wait for Mueller to subpoena you.

Ignoring that subpoena would also be a crime. So, Trump is focused more on how his lawyers look on TV, the things that they say on TV, than he is about actually winning the case that might save his presidency. That’s what this really is about. This guy is so concerned with image that he forgets the fact that he might actually end up in prison at the end of this entire investigation, depending on what kind of evidence Mueller comes forward with. Donald Trump would rather rot in jail than have a lawyer go on TV and not sound as smart as the other side.