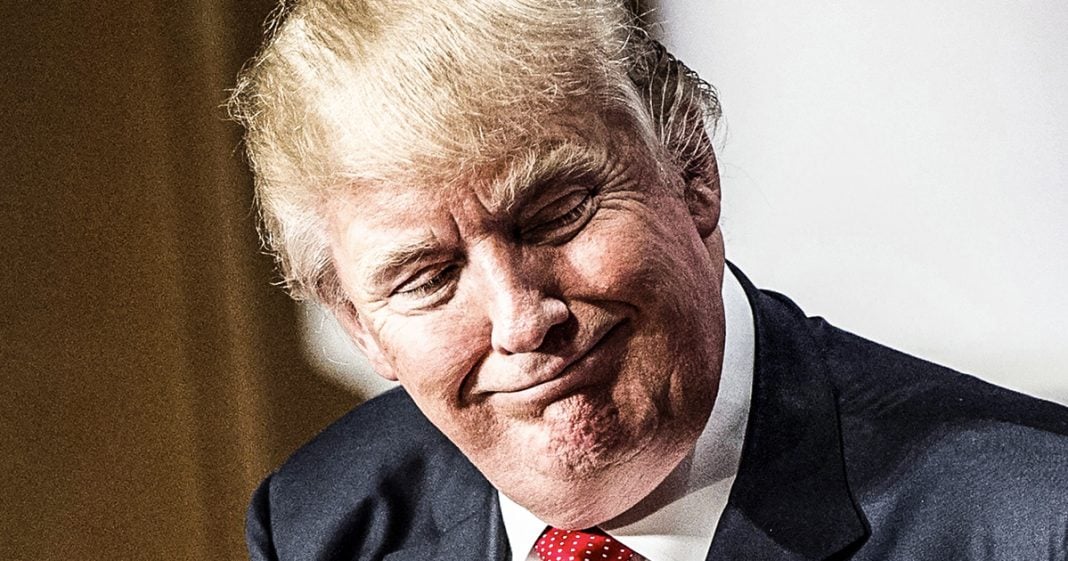 The Trump administration is preparing a plan that would help overturn the current government in Iran, echoing the plans of “regime change” that the former Bush administration attempted to carry out in Iraq. John Bolton, the national security adviser to the President, has played a huge role in this forthcoming war, and Trump isn’t smart enough to put up any roadblocks. Ring of Fire’s Farron Cousins discusses this.

The Trump administration has a plan that they’re actively working on to help bring about regime change in Iran. Now according to the Washington Free Beacon, who has obtained a copy of the Trump Administration’s plan, this whole thing is being led by John Bolton. In fact a national security think tank that Bolton was once a part of actually helped to draft this regime change plan for Iran, and now that Bolton’s in the White House he’s making sure that Donald Trump goes along with it so that they can overthrow the government in Iran and install a new one that’s a little more friendly to the United States.

This helps explain why the Donald Trump administration decided to rip up the Iran nuclear agreement, and why they’ve put new sanctions on the country. But it all flows back to Bolton. Bolton is the guy. And a lot of us predicted this, that as soon as he came into this administration, the attitude towards Iran changed. It became more hostile, more negative, and more ready for war. But don’t worry because according to the Washington Free Beacon and this alleged plan that they’ve gotten a hold of they don’t want to have a military response in Iran. They don’t want to roll tanks down the street there, that’s actually what they said in the article. They just want to empower the Iranian people who are already so mad a their government, to you know maybe get them a little more active and then overthrow it themselves so we don’t have to send any tanks and planes and drones and bombs over there, right?

I don’t believe that for a second. John Bolton has never met a country that he didn’t want to bomb. The defense contractors in the United States are gonna be pushing for military intervention. And as long as this administration continues lying to the American public and telling us that Iran somehow violated the nuclear agreement, which they did not, it’s gonna convince a good portion of the public that we do need to go over there and send the military. War with Iran at this point is inevitable unless Trump is removed from office and Bolton goes with him, because Trump could go but if Bolton stays Pence is gonna be right over there in Iran too. If they do not leave war with Iran will happen by the end of this year.

Look at how far we’ve come in just the month that Bolton has been in power as national security advisor to the president. We’ve bombed Syria, we’ve ripped up the Iran nuclear agreement, and now we learn that there’s already a plan in place for regime change in Iran. Bolton needs to go back and look at the last country where he tried to enact his regime change and see how well they’re doing today 17 years later. That country, by the way, was Iraq. Things still not that great over there based on what the United States did.

And now Bolton wants to get us involved in a war with their neighbor to do the exact same thing that he did with Iraq. Kill a whole bunch of people, make a lot of money for defense contractors and oil companies, and then say screw it when things get a little too difficult because you don’t know how to get out of there. That is going to happen if Bolton is still in power. Because Donald Trump is not smart enough or clever enough to understand that he is being manipulated by people like John Bolton.