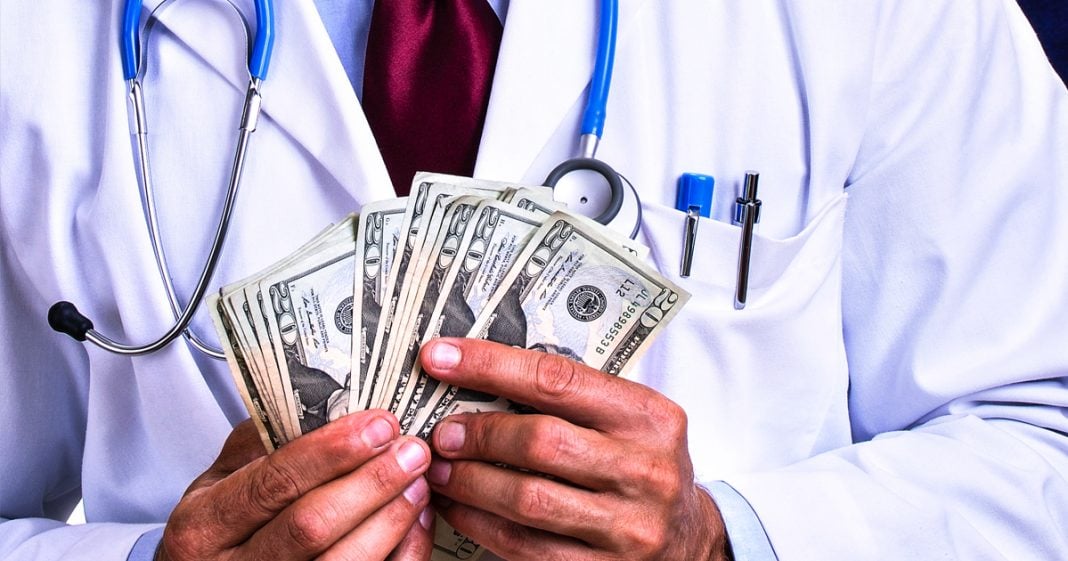 Two CEO’s got caught stealing $4 million from Medicare and both are facing years behind bars. Filling in for Mike Papantonio today, Farron Cousins discusses the case.

And finally tonight, some good news. Two Tennessee health care executives have been arrested for defrauding millions of dollars from Medicare. Authorities say two executives, John Davis and Brenda Montgomery made an agreement to steal 4.6 million dollars from Medicare by submitting fraudulent claims. The agreement awarded Davis with more than 700,000 in kickbacks. Court documents also say the two took steps to conceal their illegal deal by making payments through a nominee and filing false tax documents. As a result, the two were taken before a judge and charged with one count of conspiracy to defraud the US and seven counts of paying and receiving healthcare kickbacks. Medicare is a resource needed by the most desperate and poor people in the United States, but that meant nothing to these high rolling CEOs. Now, they’re going to learn the hard way that being a white collar elite doesn’t always make you immune from serving time for your crimes.