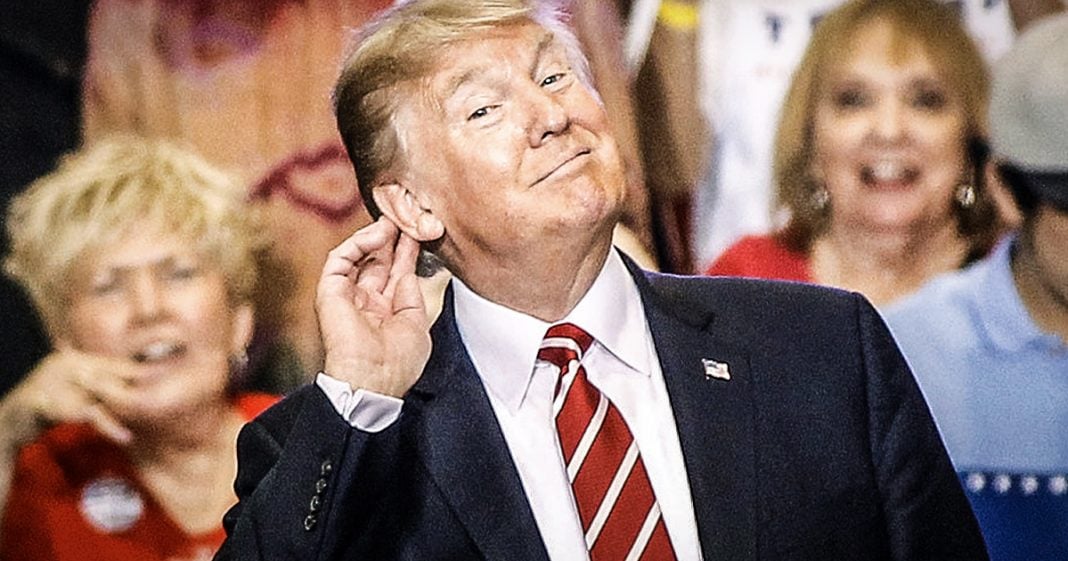 According to a new round of midterm polling, the most important issue for BOTH Democratic and Republican voters is where a candidate stands on Donald Trump. Democrats want candidates that will remove him, Republicans want candidates who will protect him. Issues don’t matter this year, and that’s terrifying, as Ring of Fire’s Farron Cousins explains.

According to a new poll from the Kaiser Family Foundation, the number one issue among both Democrats and Republicans in the 2018 midterm elections is where a particular candidate stands on the issue of Donald Trump. That’s right. Not healthcare, not student loan debt, not Medicare for all, not infrastructure, jobs, economy, environment, where the candidate stands on Donald Trump.

Now, look, I despise Donald Trump with every fiber of my being because I’m not a complete idiot. But I’m also not going to go to the polls this coming November and vote for somebody just because of where they stand or don’t stand on Donald Trump. A lot of people on the democratic side looked at this poll and thought, “Yeah, this is good. This is good. The voters want us to be anti-Trump so we’re going to be anti-Trump.” Yeah, that’s going to get you the voters who are already going to vote for you in the first place.

If we allow this circus clown, Donald Trump, to dominate everything about American politics, then we have already lost. It doesn’t matter if we retake the House or the Senate. We’ve lost. The cult of personality that this idiot has, the infectious way he has gotten into every aspect of our lives, he won and there’s nothing we can do to undo that.

This poll from the Kaiser Family Foundation showing that Republicans and Democrats alike, their most important thing is where a candidate stands on Trump, this is dangerous thinking. People need to be voting based on issues, not based on whether or not the person they’re voting for likes or dislikes Donald Trump or will or won’t impeach him. That is secondary. Sure, it could be important to you, but for the love of god, it needs to be on the bottom of the list because impeachment, unless we get some really great, hard, wonderful evidence from the Mueller investigation, that’s a long shot.

What’s not a long shot is remaking this economy so that it works for the average American citizen. What’s not a long shot is protecting the environment from corporations that want us to breathe poisoned air and drink poisoned water. What’s not a long shot is making college more affordable or completely debt-free for the new generation of American leaders coming up. Trump doesn’t and shouldn’t matter right now in this midterm elections, and if the Democrats are foolish enough to let him dominate the conversation, then they can kiss any shot that they might have had of winning back the House and possibly even the Senate goodbye.