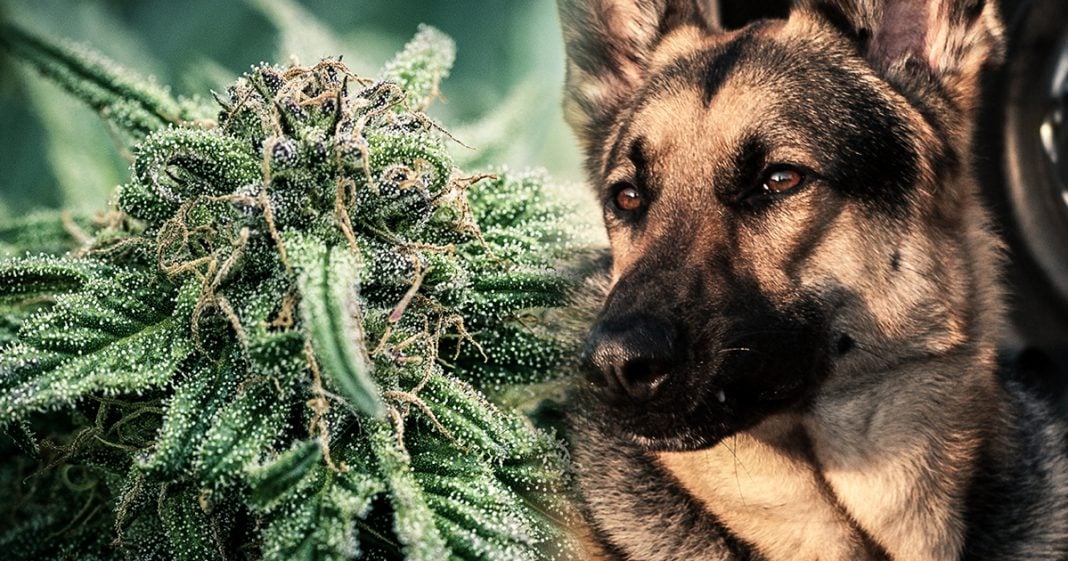 According to the head of a police K-9 training center in Illinois, if the state decides to legalize marijuana, he’ll have no choice but to have all of the police dogs euthanized. Not only is that a very drastic overreaction, but it shows how little some of these officers actually value both human and animal life. Ring of Fire’s Farron Cousins discusses this.

One of the unforeseen consequences I guess you would call it of legalizing marijuana throughout the United States, is the fact that we will immediately, upon legalization, have to kill so many police dogs in this country.

Now, of course, I don’t think we should do that, or that we need to do that, but police officers in Illinois who run canine training academies said this week that if the state of Illinois legalizes marijuana, they’re just going to have to start killing police dogs. There’s nothing they can do, their hands are tied if we legalize weed, we’re killing all the dogs.

Now, most people correctly pointed out that this is just a scare tactic, trying to play on people’s emotions. Everybody loves dogs, unless you’ve got a heart of stone. Nobody wants to see hundreds of police dogs murdered because we’ve legalized weed, so they think maybe we tell them that, threaten them with this, they’ll vote against it.

They also go on to tell us that hey, it costs too much to retrain these dogs. Once you train them to sniff out marijuana, they’re always going to want to do that, there’s nothing you can do, because they were trained. Did you hear that? Because they were trained. They learned something, and so they can’t learn a new thing, right? They haven’t been properly, according to the police officers in Illinois, they haven’t been properly socialized, so they wouldn’t be good family dogs, because you can’t, I guess retrain a dog.

Now, the reason I say it like that is because these people who train the dogs for a living understand that dogs can learn things. Dogs can unlearn things. If they could or couldn’t do that, these people wouldn’t have jobs. But now they’re telling us that once you teach them something, you can’t teach them another thing. Nothing about this makes sense, to me this just sounds like a bunch of assholes up in Illinois who want to go around and kill a bunch of dogs, for no good reason.

There are plenty, plenty of applications for these dogs, other than sniffing out marijuana. First and foremost, they’re also trained to sniff out cocaine, heroin, meth, bombs. Do those things suddenly go away if we legalize marijuana? Hell, that’d be great, but I’m pretty sure they’re still going to exist. Therefore, the dogs could still have a job.

Second, if they’re not properly socialized to be around families or small children, they can be used as therapy dogs. You can train them for other things. They could be adopted out to maybe a lonely person that doesn’t have kids, or anyone else in their family. And they will learn the socialization skills as they grow. That’s what happens.