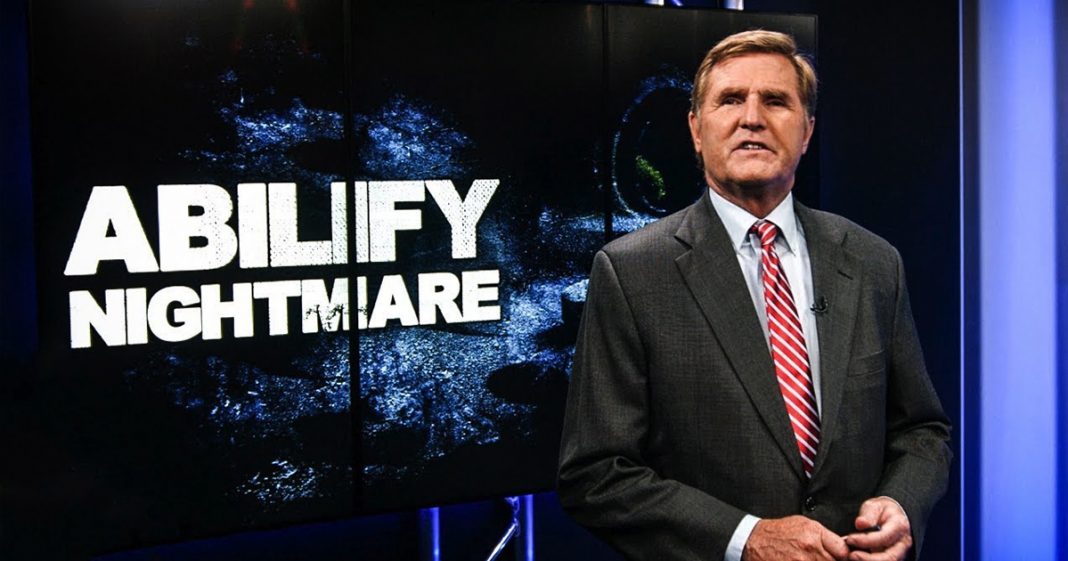 Abilify is an antipsychotic medication manufactured and marketed by Otsuka Pharmaceutical and Bristol Meyers Squibb. There are numerous lawsuits pending involving their antipsychotic medication Abilify that clearly show the drug can cause impulse issues in adults, such as chaotic gambling, shopping, binge eating and hypersexuality. America’s Lawyer Mike Papantonio discusses this.

Statistics show that about 1 out of 5 American citizens suffer from some form of mental illness each year. These illnesses run the gamut from depression to Tourette’s syndrome.

And with a market of more than 42 million people a year as their potential clients, Big Pharma hasn’t wasted any time creating countless pills they claim will help solve your mental health problems.

There are plenty of medications available that do provide relief for people suffering from mental health problems, but there are also a wide variety of pills that have had their efficacy overstated by drug companies who were just trying to cash in on the latest blockbuster market that has opened up.

Abilify is an anti-psychotic medication manufactured and marketed by Otsuka Pharmaceutical and Bristol Meyers Squibb. Its used in the treatment of schizophrenia, bipolar disorder, Tourette’s syndrome, autism and depression.

It’s intended to help decrease hallucinations, disorganized thinking, mood swings, depressive thoughts and tics. It’s not approved to treat symptoms related to dementia, and can increase the risk of death in patients suffering from dementia.

There are numerous lawsuits pending involving their anti-psychotic medication Abilify that clearly show the drug can cause impulse issues in adults, such as chaotic gambling, shopping, binge eating and hypersexuality. And with every one of those issues comes an entirely new set of problems for the people taking it. There have been reports of people losing everything by gambling away their homes, cars, and retirement funds due to the effects of Abilify. People are wrecking their home lives because of the side effects of abilify. What is so remarkable of all that is that the science appears to be absolutely solid that abilify is at the heart of the problem.

According to the lawsuits that have been filed against Otsuka and Bristol Meyers Squibb, the company was fully aware of how their medication adversely effected a person’s impulse control and they completely failed to warn the public about these dangers. Documents point to the fact that the company had plenty information to show the problems here with the side effects related to abilify.

They over-sold the effectiveness of the drug because and kept quiet about the risks because they wanted a piece of the 42 million customer market. And they were wildly successful. In 2014,

Abilify was one of the best-selling medications in the United States, bringing in more than $7 billion for Big Pharma.

In spite of all the dangers that have been emerging in the public arena with this medication for more than 4 years, juvenile detention centers have been spending hundreds of thousands of dollars each year buying stockpiles of Abilify so they can medicate juvenile delinquents instead of rehabilitating them.

And these drugs are only increasing the frequency of the very behaviors that landed these children in trouble in the first place.