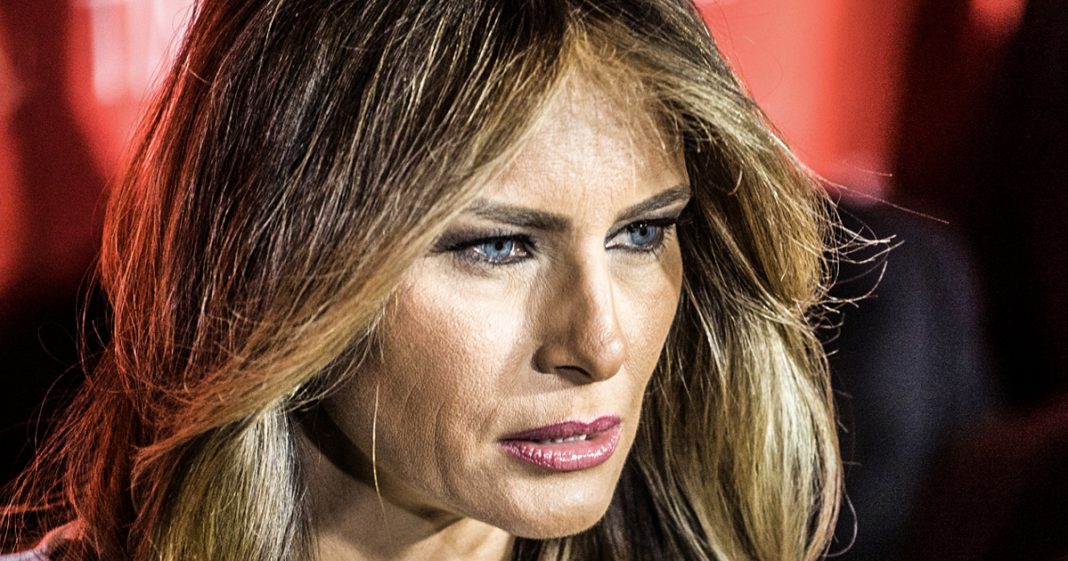 According to new reports, Melania Trump is well aware of the fact that her husband is a major cyber bully, but she won’t say anything about it because the White House is pressuring her to just ignore his behavior. Not only does this undermine her entire “Be Best” campaign, but it also shows that she really has become a prisoner of her husband in the White House. Ring of Fire’s Farron Cousins discusses this.

You know, for a long time, which we’ve talked about this, too, a lot of people just assumed she didn’t care. She didn’t want to address her husband. She didn’t want to stand up to him, but it turns out that’s actually not the case. According to new reports that came out this week, Melania Trump is well aware of the fact that her husband is the biggest cyber bully on the planet, but she has been told by the White House to stand down on the issue, to not bring him up, to not address it. To ignore the fact that this man goes on Twitter, or goes out and gives speeches to the media, making fun of other people here in the United States, and therefore setting one of the worst examples imaginable for children all across the planet. They’re instructing her to ignore it and move on.

First and foremost, let’s get to a little “What about-ism,” shall we? What if we had found out that at any point during the Obama administration, the Obama White House staffers and executives went up to Michelle Obama and said, “Hey, don’t do a thing. Don’t do this. Don’t go and say this. We don’t want you to contradict your husband or make him look bad.” Oh, man, the right wing media would be freaking out about that. They’d be talking about the fact that Michelle Obama was a prisoner in her own home, and yet that’s what’s happening right now with Melania Trump, and that’s honestly not even just coming from casual observers. The First Lady of France, Brigitte Macron, two weeks ago said that Melania Trump is basically a prisoner in the White House, and now we know that it’s in more ways than one. It’s not just about her having to hide, or be out of the way, and feeling like she can’t leave. No, no, no. They’re literally telling this woman what she can and cannot say as part of her initiatives as First Lady of the United States.

There is no limit to the disgusting behaviors of Donald Trump and everyone in his administration. If Melania Trump wants to go out there and address the problem of her husband, she is fully and rightfully allowed to do so. Melania Trump … I worry about her. I do. I honestly do, and I try not to have sympathy for her. She is a birther. She is, in general, not that great of a person, but I can’t help but feel sorry for her to an extent. She is a prisoner in this White House. She is a prisoner of Donald Trump. He emotionally humiliates her. He has on several occasions just in the last three months.

She does deserve better because all human beings deserve better than that. Not much, but a little bit. But as long as she stays with that man, her life is going to be a living hell, and if you want to set a good example for everyone in the world, the best thing, the smartest thing, and the healthiest thing that you could do is to walk away from that relationship and never look back.