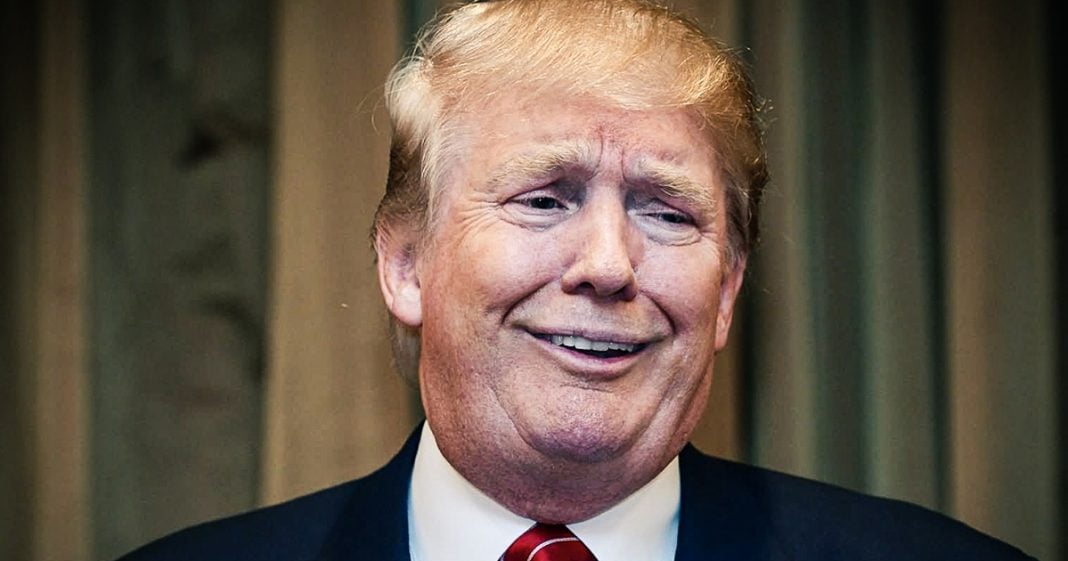 In the eyes of a Republican, a wealthy CEO is far more valuable than a sick child, which helps explain why President Trump wants to cut roughly $7 billion from the national children’s health insurance program in order to make up for the huge deficit increases from his tax cut package. There is no way to justify the actions of this administration, as Ring of Fire’s Farron Cousins explains.

Th republican party of the United States of America does not value the lives of children in this country. And I say that because their policies, the ideas that they have and the proposals that they are putting forward prove that without a doubt. According to the latest reports, the Trump Administration has put together a package of about 15 billion dollars worth of budget cuts, and almost half of that, seven billion dollars is going to be cut from the Children’s Health Insurance program. The CHIP program.

The national program that provides health insurance for more than nine million children in this country. They’re cutting seven billion dollars of it, they want to cut seven billion dollars from it because, as it turns out, those tax cuts they passed for the wealthy elite oh, they created such a massive deficit that nobody could’ve predicted other than everybody who talked about the tax cut package. So now republicans including Trump himself are absolutely freaking out about the fact that they have destroyed the budget.

They’re increasing the deficit, and they also understand that there is an economic fall right around the corner. Because, what’s happening right now is not sustainable in any way. So they understand bad things are about to happen. They’ve gotta come up with the money somewhere, but we can’t take it away from the wealthy people we just gave it to. So how about we take it from the sick kids dying of Cancer. Doesn’t that sound like something Trump would do anyway, because isn’t that exactly what his idiotic little piece of crap son did when he held that fundraiser for kids with Cancer, and then pocketed most of the money himself?

Now Donald Trump is trying to do that on the national level. And it’s not just kids with Cancer, it’s healthy kids that have to get their insurance through this program. It’s other sick kids with Juvenile Diabetes, or any other of a hundred different diseases. This is their only shot at getting healthy, or getting medicine, or getting better, or staying alive. And the President wants to cut that program so that he can keep for one, for himself and two, for his wealthy donors, a massive tax cut that these jackasses didn’t even need to begin with.

Maybe, this kid who’s hanging onto life by a thread is worth a little bit more than having me go and buy a new Bentley this week. But they won’t do that, because for these republicans, for these wealthy elite, those kids don’t exist, they don’t matter. They’re not their kids, they don’t care. But the families of those kids do. The friends of those kids do. Everybody connected to those lives will feel that pain, but not the wealthy elite. They can comfort themselves when they look at their bank account and say hey, I paid less in taxes this year. I made an extra five million, instead of just an extra four million, because that’s all that matters to them.