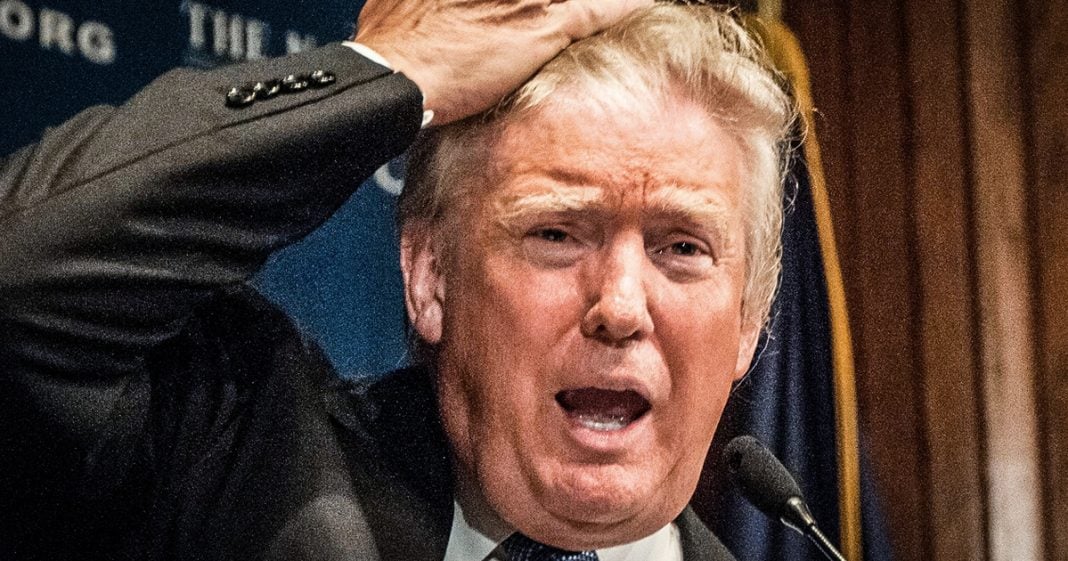 In spite of what Donald Trump might be saying on Twitter, his administration is anything but normal and calm. A new story has emerged showing that members of his cabinet and the leaders he picked to run government agencies are now leaking damaging stories about one another to the press in order to distract from their own scandals. Ring of Fire’s Farron Cousins discusses this.

One of my favorite things to watch throughout the week is to see how many times Donald Trump tell us that everything in his administration is running smoothly. Everybody’s getting along, everybody’s doing great. No chaos, no collusion, total witch hunt. Everything’s great lets go all have a picnic or something, right? Well as it turns out things at the Trump administration, inside the White house, inside Federal Agencies are actually so much worse than any of us even imagine.

According to a recent report, members of Scott Pruitt’s office have been leaking stories to the press, negative stories to the press about Interior Secretary, Ryan Zinke and members of the Interior Department. What’s happening is that they’re trying to distract the press from all of the scandals of Scott Pruitt and the EPA by saying, “Yeah but look at this guy. Look at Ryan Zinke. Look how horrible he’s doing over here and his spending scandals and things like that.”

So right now inside the Trump administration, inside government agencies they’re leaking negative stories about one another to distract from their own scandals and crises. This is total chaos folks. This is not normal, this is not the way things in D.C. operate, even when they’re doing horribly. This is a new level of corruption and incompetence that we have not seen at least in my lifetime.

And this all goes back to Trump man. You know, him telling us he’s going to drain the swamp, it’s going to be great, we’re going to have only the best of the best. You literally picked the worst people possible to serve within your administration. You could not have done a worse job. And now because each one of them is embroiled in their own individual scandal, they’re trying to take out the other person across from them, so that the press for a few days stops focusing on all of the horrible things that they have done.

This is your swamp, Mr. Trump. You own this, you filled it, so you get to live with the repercussions of appointing the worst people possible to run your government for you.