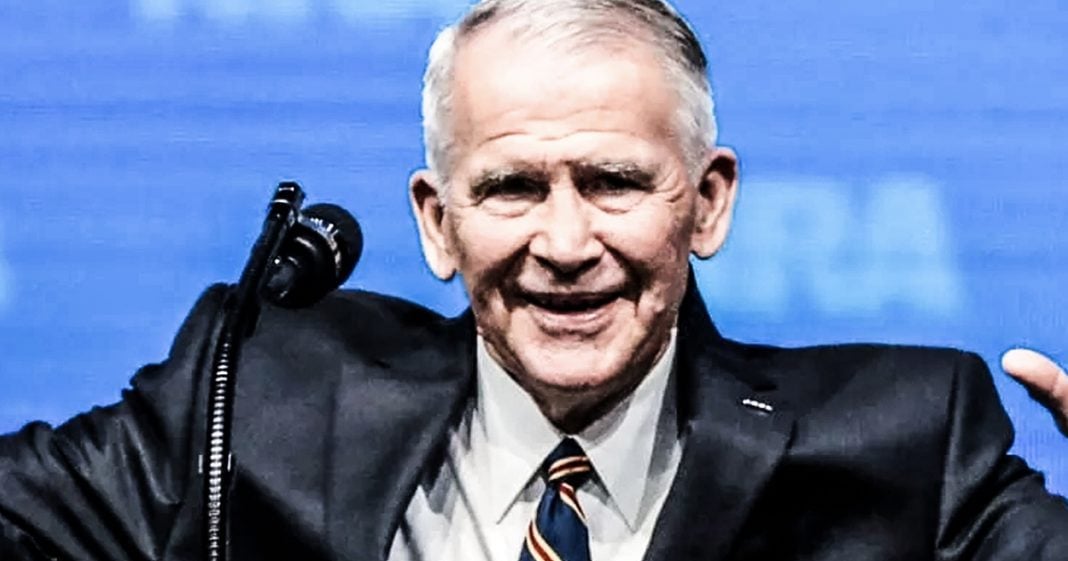 This week, the NRA decided that they would drop their façade as a “rights” group and embraced their new image as a criminal operation by selecting an actual criminal to be their new president. Oliver North, one of the architects of the Iran-Contra scandal who served time in prison for his actions, will now be the leader of the NRA. Ring of Fire’s Farron Cousins discusses this.

The NRA has been basically in the crosshairs, so to speak, for the last few months, especially after countless mass shootings taking place. The NRA has stepped up their game. They’ve got NRATV. They’re out there trying to say that we have to have guns to protect ourselves from everything in the world, and so they’re really upping their game. But this week they decided to do something to drop the whole façade of being a lobbying organization for the Second Amendment and to being a full blown criminal enterprise. The thing that they did was to appoint Ollie North, a convicted criminal, as their new president. The NRA, the National Rifle Association, is now being run by a convicted felon, and I’m not just talking about a guy who maybe got popped for a drug conviction. No. I’m sure anybody who knows Oliver North’s history understands that this man was one of the most notorious gun runners in the Iran-Contra scandal, helped set up these back channels for weapons and money to flow through Iran, who the Trump administration wants to go and change their regime, to Nicaragua.

Here is the sad, sick, twisted part. The money that Iran got from doing this for Oliver North and the Reagan administration is what helped launched Al-Qaeda. Ollie North is partly directly responsible for a lot of the problems that we currently have all over the world and now the NRA looks at this man after he spent a year in prison a couple of decades ago for this and says, “Yup. That’s our guy. That’s the new face of the NRA. Yeah.” He funneled money to terrorists. Yeah. He funneled weapons across the globe illegally. Isn’t that what the NRA is all about? Because for real, isn’t that what the NRA is all about? Seriously, that’s basically what they’re doing now. They’re taking money from hostile foreign powers to further their agenda. They don’t care about weapons being traded and sold in the black market. They don’t care about the fact that children are getting mowed down in schools as long as it means more money from them and from the gun manufacturers who actually fund the organization. They’ll put up any criminal they want as their president because they think that that makes them look better.