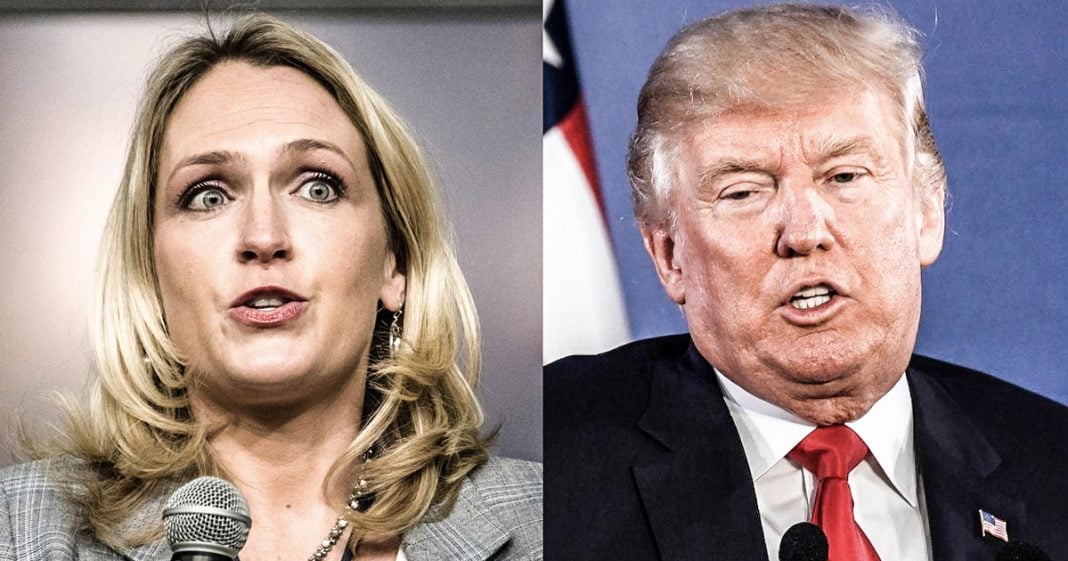 You don’t have to agree with John McCain’s policies (which we don’t) to agree that Trump aide Kelly Sadler crossed a line when she said that McCain’s “no” vote on Gina Haspel doesn’t matter because “he’s dying anyway.” Keep in mind, this is the same crowd that was just outraged over a joke about eyeliner, and yet they feel like its perfectly fine to mock a man who spent years being tortured as a POW. Ring of Fire’s Farron Cousins discusses this.

On Thursday, Kelly Sadler, a Trump special assistant that few people had ever even heard of before Thursday, made a comment that kind of shocked both Democrats and Republicans throughout this country and really gave us a window into just how heartless and just disgusting, really, this Trump administration truly is. Kelly Sadler, when asked about John McCain saying he would vote no to confirm known torturer Gina Haspel as the CIA director, said the following. She said, “It doesn’t matter. He’s dying anyway.” That was Kelly Sadler, Donald Trump’s special assistant. That was her response to John McCain, a guy that had been tortured for roughly five years in Vietnam, that’s what she had to say about him wanting to vote no for Gina Haspel. “Doesn’t matter. He’s dying anyway.” So both liberals and conservatives and members of the McCain family got on Twitter. They used their megaphone and they immediately started talking about how gross this comment was from Kelly Sadler and rightfully so. So let’s get one thing out of the way real quick. I don’t agree with John McCain on 99.9% of things.

If you read the book, The Real McCain by Cliff Schecter, you’ll understand a little bit more about John McCain’s history that most people don’t quite understand. Not the best guy in the world, basically. However, he did serve his country. He did get captured. He did refuse to be released when offered so that others could go instead of him. He was tortured, has been living with the physical ramifications of that for the rest of his life since it happened. He is dying and this is the Trump administration’s response and this is not the first time. This isn’t even the second or third time that members of the Trump administration, including Trump himself, have lashed out at John McCain over his service record. Trump himself said, “I like people that weren’t captured,” one time when referring to John McCain, as if he made the choice to get captured by enemies in Vietnam. John McCain is a lot of things. But on the one issue of torture, he’s actually really good because he understands, one, that it doesn’t work and two, he understands the physical and psychological ramifications of having that as a policy.

He’s lived with it every day of life since he came home from Vietnam and this crowd, this MAGA crowd, like Kelly Sadler, who want to sit there and mock him because, oh, he’s dying anyway, so who cares? Aren’t you the same morons just a week and a half ago that got triggered by a comedian’s routine about eyeliner for Sarah Huckabee Sanders? You thought that crossed some sort of line? You wanted to completely disband the White House Correspondence Association and yet, now, you’re gonna mock a dying war veteran just because he doesn’t like that you put a torturer up as the potential head of the CIA. That is truly disgusting behavior and what’s even more shocking about this is the fact that we’re actually shocked about it. Every time this Trump administration and these disgusting people that he’s put into office, every time they hit a new low, we think, “They can not go any lower than that. People simply wouldn’t stand for it,” and then you get idiots like Kelly Sadler going out there, saying things like this, mocking a man who is dying just because he didn’t agree with your torturist nominee.