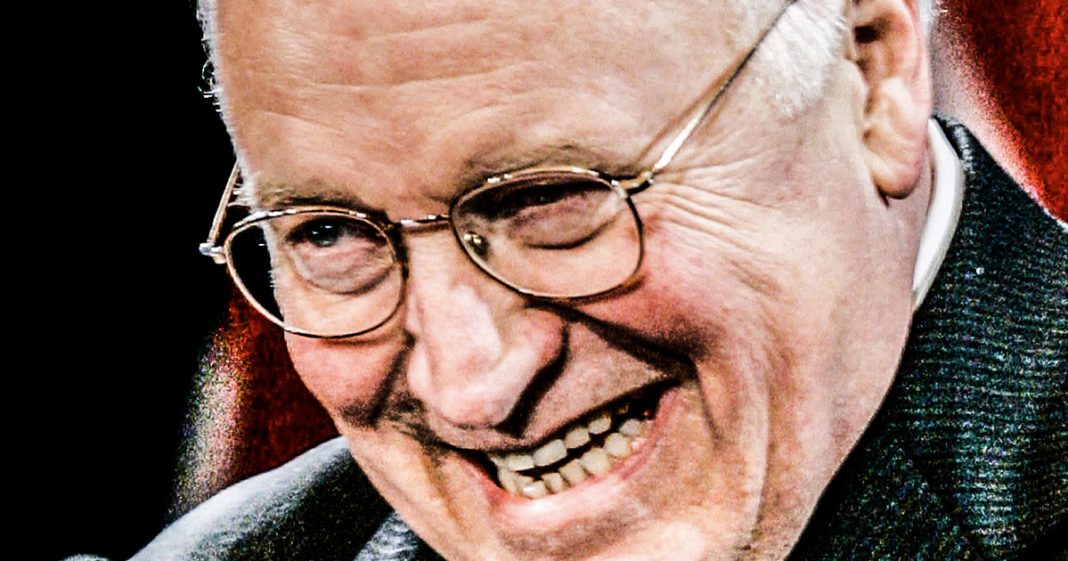 Should-be war criminal Dick Cheney said on Thursday that the United States needed to restart the “enhanced interrogation program” that began under the Bush administration, which is a fancy way of saying that he wants our country to once again engage in torture of prisoners. This man should be rotting in a jail cell, not giving his opinion on the issues of the day to the media, as Ring of Fire’s Farron Cousins explains.

Former Vice President Dick Cheney has been back in the news this week with a recent interview on Fox Business channel, where he said, “If it were my call, I would not discontinue those programs.”

Now, in case you don’t know what he’s talking about, Dick Cheney was being asked about Gina Haspel, Donald Trump’s nominee to run the CIA and her, shall we say, torturous history working with the CIA and torturing people during the war on terror. She actually oversaw and was one of the architects of the Bush administration torture programs.

So not only does Dick Cheney want to continue torturing, he wants to go back like he’s a football team running through tape on Monday saying, “Okay, well we screwed up here. We could have gone a little harder on this guy. What if we try this technique instead?” He wants to evolve torture with the United States.

To me, that will always be the biggest failure of the Obama administration. You didn’t have to launch massive investigations because we had all the evidence. We had the memos that they wrote, and we knew who was involved.

Gina Haspel shouldn’t be sitting up there waiting to be confirmed or not because she should also be in prison for torture. That’s indisputable She’s admitted to it. She destroyed evidence to help cover it up but still got busted anyway.

And Dick Cheney is right there with her, and Obama could have prosecuted, but instead, he wanted to play nice, and he said, “We’re going to look forward not backwards.” Those were his words. And now, rather than sitting and rotting in a jail cell, Dick Cheney is able to go on Fox News and give his opinions about why torturing people around the globe is such a great idea.

And if he has his way, we’re going to start that back up again. And don’t think for a second that he doesn’t have some kind of sway over at least some members of the Trump administration. And I would not be surprised to learn that these torture tactics that Cheney and Haspel perfected are going to come back into play very soon.