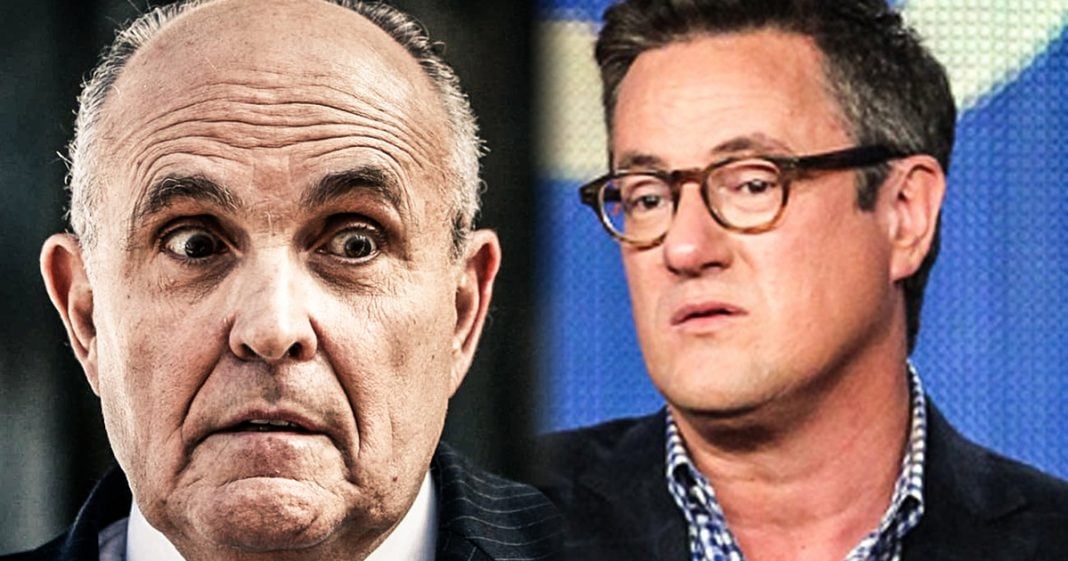 You could likely walk into any high school in this country and find less drama than you would find in Washington, D.C. today. The cattiness seems to know no bounds, and Rudy Giuliani is making sure that he gets to partake in the juvenile antics. Recently, after MSNBC host Joe Scarborough accused Giuliani of drinking too much, Giuliani fired back in an interview with Politico insisting that he is smarter than Joe Scarborough could ever hope to be. This is the state of both our politics and our media in 2018, as Ring of Fire’s Farron Cousins explains.

Well, ladies and gentlemen, it is official. The White House and the corporate controlled media are essentially as mature as high schoolers. Earlier this week, MSNBC host Joe Scarborough talked about the fact that maybe Rudy Giuliani is screwing up in so many of his interviews and implicating Donald Trump in further criminal activity, maybe it’s because Giuliani’s drinking. That’s what Scarborough posited. He said, “Maybe Giuliani’s out there, maybe he’s having drinks with lunch. Maybe he’s hanging out at the bars. We know he likes to go out and do that.”

Then, a few days later, Giuliani in an interview with Politico fired back saying, “I’m more intelligent than Joe Scarborough has ever been.” That’s the kind of pissing match we have right now going on with a Donald Trump administration lawyer and a former congressman who’s currently a host on MSNBC. That’s the level of maturity that we’re seeing from them. “You’re a drinker.” “Well, you’re not as smart as me.”

This is juvenile behavior coming from men who have both served in very high offices in the United States. They both have very important positions right now. Scarborough as an MSNBC host who still obviously wants to have a political future, and Rudy Giuliani as the guy representing Donald Trump from all of the allegations against him, and yet, here they are, behaving worse than high school students because that’s the level that Donald Trump has sunk this country to.

I know it’s not 100 percent because of him, but his antics in the White House, his horrible behavior on Twitter, has allowed conversations like this to become the norm, where we have two almost elderly men arguing with one another about being a drinker or not being very smart. Shouldn’t we have more intelligent discourse like this in the United States? I’m not even saying that I disagree with Joe Scarborough, I just think that there’s a better place to maybe put forward speculation like that, perhaps Breitbart or the Daily Caller. Not on MSNBC.

You don’t go on one of these actually reputable news organizations and make baseless accusations about somebody that you can’t back up. Maybe Rudy Giuliani is a drinker. It would explain a lot. His history certainly indicates that the guy does like to drink, but you can’t just throw that out on an early morning cable talk show without any kind of evidence to back up your position. Giuliani, on the other side, is using the typical Trump defense of, “I’m smarter than everybody. I’m more intelligent than you. You want to take an IQ test? I’ll take an IQ test right now.”

This is petty, this is disgusting, and unfortunately this is the state of both our media and our politics in 2018.