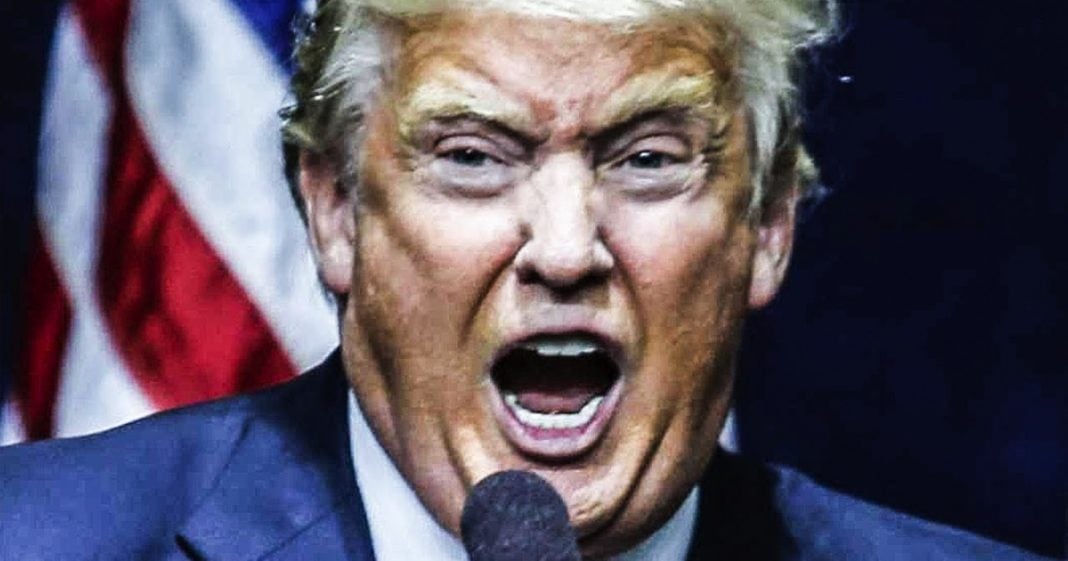 Donald Trump’s decision to pull out of the Iran nuclear agreement is a strong signal that this administration is ready to use force against yet another country in the Middle East. In response to this decision, former CIA director John Brennan said that Trump’s “madness” is a threat to our national security, and that statement could not be more true. Ring of Fire’s Farron Cousins discusses this.

President Donald Trump is quite possibly one of the biggest threats to US national security. Now, those aren’t my words, though I fully believe them, those are actually the words of former CIA Director John Brennan. On Tuesday, after Donald Trump announced that he was going to be pulling the US out of the Iran Nuclear Agreement for some reason, in fact, I think the reasons they gave is ’cause, well, Iran’s not doing it anyway and we don’t trust them and it was a bad deal. None of which, by the way, is actually true. It was a good deal, they were complying, the United States just didn’t want it.

So John Brennan said that Donald Trump and his madness … his madness, that was the word he used, his madness … is a threat to national security here in the United States. He went on to say, “I think he is dishonest, he lacks integrity, he has very questionable ethics and morality, and he views the world through a prism of how it’s going to help Donald Trump.” That is one of the most accurate analyses I have ever seen about this president, about the decisions Donald Trump makes, about the way he lives his life. But more importantly, when we get back to this Iran deal here, he only undid it because Obama did it. That’s what pissed him off. Obama engaged in this incredible act of diplomacy that most countries around the world agreed was a great step forward for progress in Iran, and Trump undid it. Why? Probably, I’m assuming, has something to do with John Bolton.

Bolton has been with the White House for a month, maybe a month, and now we’re already talking regime change in Iran. They threw that talking point out this past week and he’s pulled out of the Iran deal, and he’s bombed Syria. That’s a hell of a record for a month in office for Bolton as National Security Advisor here and it’s only going to get worse because Brennan is right. Donald Trump’s madness, this borderline insanity, this mental incompetence that we see on display every single day from Donald Trump, is going to end up getting US soldiers killed in yet another unwinnable war that’s being justified based on lies, misconceptions, and devious, dubious media outlets reporting that, yeah, maybe the Iran deal was a bad thing. Maybe Iran was stockpiling uranium or enriching it or maybe they had aluminum tubes and yellow cake. The same lies that led us into Iraq, the same media outlets that were complicit with that, are going to end up doing the same thing with Iran and Donald Trump is too stupid and too crazy to understand the peril that he has put this country in.