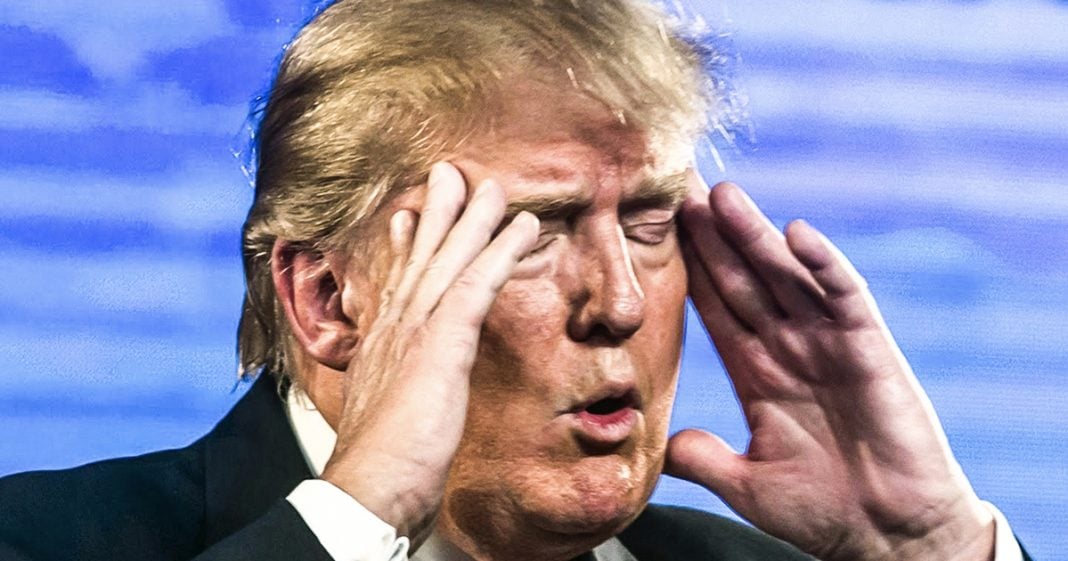 According to The Wall Street Journal, Donald Trump is struggling through the mock testimony prep for a potential interview with Special Prosecutor Robert Mueller. The paper reports that during a recent session, the President was only able to answer TWO questions in the span of FOUR HOURS because he just rambled on and on. This is not good news for the President, especially since Mueller has rejected the administration’s request to allow Trump to submit his answers in writing. Ring of Fire’s Farron Cousins discusses this.

Very bad news for Donald Trump this week as it turns that Rudy Giuliani is not just a bad media guest, but he’s also a pretty rotten attorney. As most people remember, one of the things that Giuliani came on to the Donald Trump legal team to do was to get this Mueller investigation over with, done with, out of the way. So he asked Mueller, “Is it cool if we just get the questions from you and then Trump just writes down his answers and we send ’em back to you?” And this week, Mueller said, “Yeah, that’s not ever going to happen. I wanna talk to the guy.” So the Trump Administration has now said, “Well, we’ll let know by May 17th whether or not the president’s gonna sit down with you.”

And here’s why that’s important. Because they’ve actually been doing mock … ah, you can’t call it mock trial, but like a mock testimony with Donald Trump in practice at the White House and things aren’t going so well for the president. In fact, according to reports, a recent … a Q&A with the president during one of these mock prep sessions, it took him over 4 hours to answer 2 questions. And this isn’t coming from some liberal newspaper. This is actually coming from The Wall Street Journal, a Donald Trump-supporting news organization owned by Newscorp, who also owns Fox News. They are letting us know how horrible the prep is going for the president.

Because here’s the thing. In any kind of legal questioning, the more you talk, the more you say, the longer it takes you to answer questions, the more likely it is you’re going to give up information about yourself that’s going to implicate you in some kind of crime, or if you just keep talking and talking, the more likely it is you’re gonna end up saying something that’s not true or something that contradicts something you already said — especially when you’re dealing with a guy like Trump who loves to contradict himself.

In fact, he’s frequently done it in the span of 280 characters in his own tweets. So just imagine what would happen if this man spoke nonstop for 2 hours, how many contradictions would be in there? And that’s why Giuliani wanted to have him submit those written questions. Donald Trump’s not gonna write something for 2 hours. No. He’s gonna give it short, sweet, brief and answer the question and move on. But he can’t do that in person because Trump thinks that he is always the smartest guy in the room, no matter what room he walks into. And the fact is, he’s not. Probably not even in the top 80% of smartest people in any room ever, even if he walked into a preschool.

Nonetheless, they’re gonna have to make a decision. And as Mueller himself has said, if Trump’s not gonna go and testify willingly, then they’re just gonna issue a subpoena and make this dumbass walk in there and speak nonstop and make sure the recorders are rolling and somebody’s writing it all down, because that man will definitely say something that’s going to ruin his future.