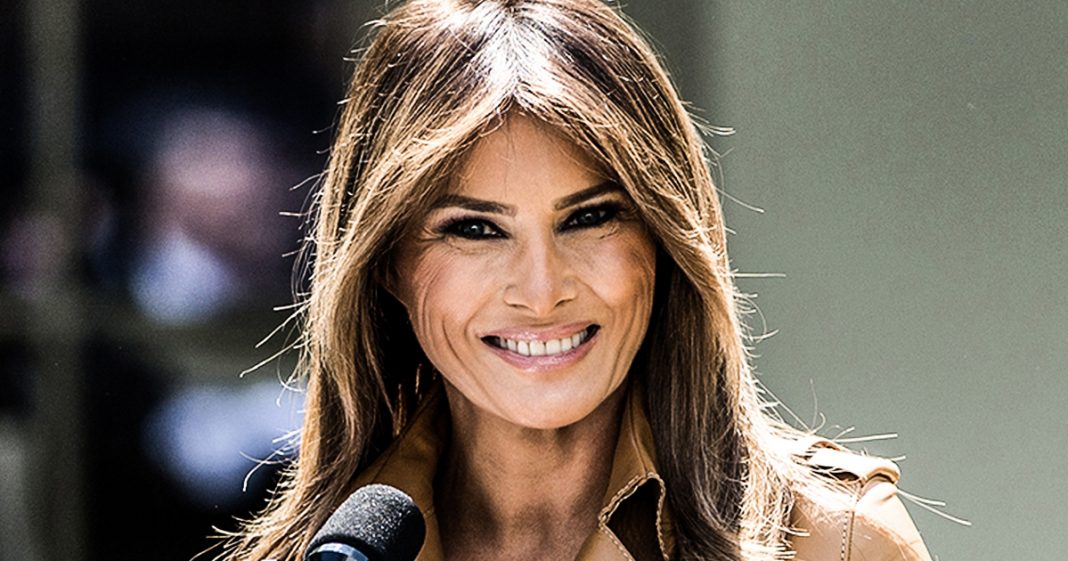 On Monday, First Lady Melania Trump revealed her new “Be Best” campaign, an initiative to crack down on cyber bullying, raise kids’ self esteem, and also prevent them from becoming addicted to opioids. There’s only one major problem with her plan – she ripped the whole thing off from the Obama administration. Internet sleuths were quick to point out that Melania’s plan is a near carbon copy of a 2014 plan outlined by the Obama administration. Ring of Fire’s Farron Cousins discusses this.

On Monday, First Lady Melania Trump announced her “Be Best” campaign. This is a campaign that the First Lady has been working on for quite some time now, this is the official unveiling of it. The main thing that it aims to tackle is cyber bullying here in the United States. It also wants to help kids improve their self-esteem and, for some reason, it also wants to avoid getting kids hooked on opiods, which I know obviously is a good thing, but it kind of shows a gross misunderstanding of what’s happening with the opiod crisis. Nonetheless, First Lady unveils this plan and it took probably an hour, I guess, for internet sleuths to find out that she actually plagiarized the plan from a 2014 Obama FTC guideline set that came out. Here we’ve been waiting for a year for Melania Trump to come out with a solid plan, and she did what she’s done in the past and just plagiarized the Obama administration.

Now I don’t want to take anything away from the First Lady, here this is an admirable cause. However, you’ve had plenty of time to work on this. If you want to say that we’re building off the guidelines set forward by the Obama Federal Trade Commission, then say that; but to just slap a grammatically incorrect new title on it, “Be Best,” and present it as your own … Yeah, that’s plagiarism. That’s the kind of crap that would get you kicked out of college. You can’t do that. For all of the talk of the Trump administration, about how horrible everything was during the Obama years, Melania sure seems to love to ripoff all of the ideas and speeches that these people ever had.

Again, I admire this initiative. Cyber bullying is a massive problem here in the United States, we should work with kids on their self-esteem, but at the same time we also have to let kids know that you have to be honest about your own work. You can’t take the guidelines set forward by someone else, something somebody else wrote and put it forward as if it were your own idea. That’s just as dishonest. We have to set a better example for kids. I know Melania Trump wants to, but she clearly has no idea how to do that.