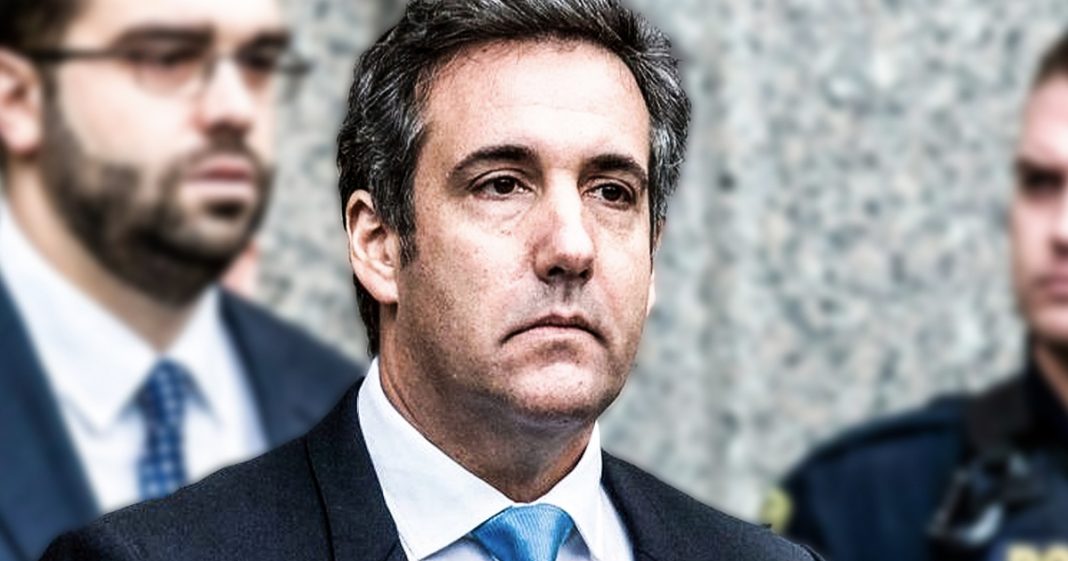 The hits just keep coming against Donald Trump’s personal attorney Michael Cohen. This week, a tremendous new story from Rolling Stone revealed that Cohen had, on several different occasions, represented clients that staged their own car accidents in order to win money in lawsuits. While Cohen has not been implicated in these schemes, Ring of Fire’s Farron Cousins explains how there’s virtually no chance that Cohen didn’t know what was going on.

Donald Trump’s lawyer Michael Cohen has been in the headlines a lot recently, and as usual, it’s for all the wrong reasons. But this past week, Rolling Stone came out with a phenomenal new story that shed some light on what a horrible lawyer Michael Cohen actually was.

As it turns out, according to what Rolling Stone uncovered, Michael Cohen, during his time before he became Donald Trump’s lawyer, he was a regular auto accident attorney. You know, probably one of those people you see on TV saying, “Call me if you’ve been hurt in a wreck! I’ll get you a check!” But he actually represented clients who were later found guilty to be setting up and staging car accidents in order to then go back and sue so they could just make a ton of money off of it.

Specifically, some of the scams involved having people go and rent U-Haul trucks. They would then have somebody just sitting in a car somewhere. The U-Haul truck would then smash into that car, and then they would sue U-Haul for renting the vehicle to that particular person, and U-Haul paid out. I think they made about $350,000, the people running this little scheme, who were represented by Michael Cohen.

Now, according to Rolling Stone, Michael Cohen was not implicated in this scheme. He just represented them. He didn’t know anything about the fact that what they were doing was illegal. And to that I have this to tell you. Either Michael Cohen is lying, or he’s the worst attorney in this country.

In case you’ve never been involved in an auto accident lawsuit, let me tell you how it works. Law firms hire investigators to investigate car crashes. I know it seems like overkill, but that’s what happens. Many law firms actually have their own team of in-house investigators whose job it is to go out, recreate accidents, pull background reports on everyone involved, including witnesses. And if someone is lying, if they had a past connection in any way, be it social media, high school, letters, emails, they uncover that. Cell phone calls. Just for things as simple as an auto accident.

So you can’t tell me that Michael Cohen, a high priced auto accident lawyer in New York City, didn’t have investigators go out and look into these, or they just overlooked it after they were getting several different lawsuits that they were filing against U-Haul for these constant accidents that seem to be happening. There is no way in hell Michael Cohen didn’t know what was going on. Either that, or he really and truly is the worst lawyer in the United States of America.

The bottom line after all of this, though … I don’t see any way Michael Cohen comes out of the ongoing saga still being a practicing lawyer. He’s probably going to be stripped of his license, going to be disbarred, and hopefully will never show up in court again unless it’s because he’s the one being accused of a crime.