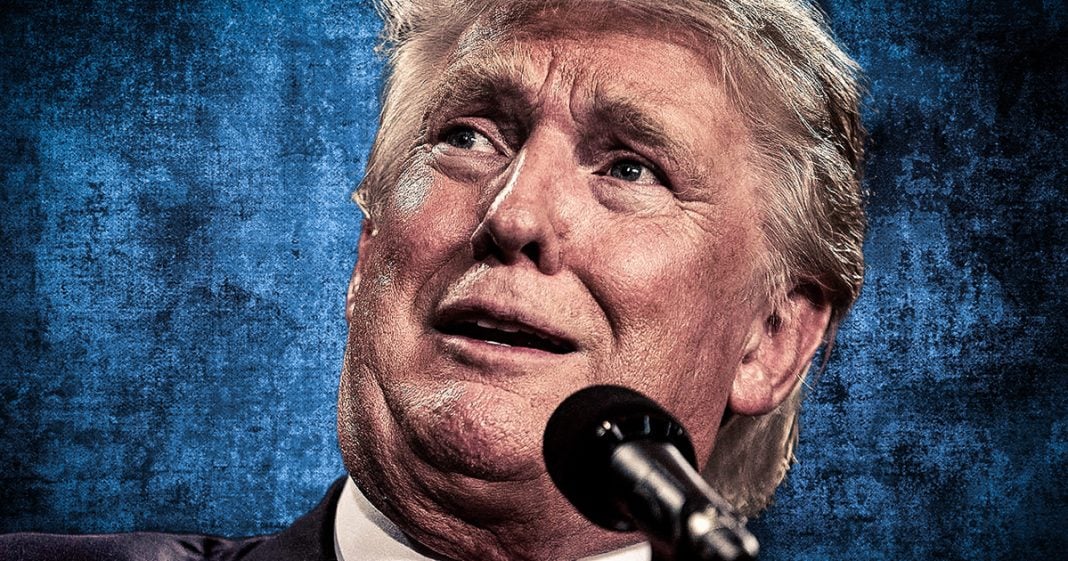 According to more than 1,100 economists, including 14 that have won Nobel Prizes, Donald Trump is repeating the failed trade wars of the 1930’s that made the Great Depression so much worse than it should have been. These economists, who were brought together by a CONSERVATIVE organization, are urging the President to rethink his disastrous policies before it is too late. Ring of Fire’s Farron Cousins discusses this.

Donald Trump could very likely be sending the United States into another great depression. And I know that’s kind of hard to hear. After all, we just got the news a few days ago that in April the economy added I think what, another 139 or 169, somewhere around there, new jobs. Unemployment fell 3.9%. That would indicate that the economy at least in terms of employment only, is doing better right?

So how in the world could it be that we’re headed towards another recession/depression? Well, don’t ask me. How about you ask the 1100 economists, who this week sent a letter to the president of the United States warning him that his trade wars that he has going on right now, are repeating the exact same mistakes from the 1930s that made the great depression so much worse.

And of those more that 1100 economists, 14 of them have won Nobel prizes, so I’m going to go ahead and assume these guys know what the hell they’re talking about. And before you say that this is just a bunch of liberal bull crap, how about you consider the fact that this letter from 1100 economists was actually put together by a conservative organization. It was the National Taxpayers Union.

Conservatives, they’re the ones telling us that Donald Trump is repeating the same mistakes of the 1930s that made the great depression so much worse and he’s doing it again today. One, either because he’s stupid and doesn’t understand or two, because he simply doesn’t care. In 1930 there was something called the Smoot–Hawley Act which enacted a bunch of tariffs in the United States. They were trying to fix the great depression but according to researchers these tariffs actually made things so much worse.

Those lawmakers in the ’30s thought they knew better than people whose job it is to study what happens to the economy. So in the new letter today, 2018 they actually repeated the same warnings and in fact quoted that letter from 1930s that they sent and said, nothing has changed. These things will still happen if Donald Trump continues this trade war with other countries. Farmers in the United States today are already starting to feel the squeeze of these tariffs.

Money is being lost every single day. Large, substantial amounts of money. Millions, upon millions, upon millions of dollars from the United States economy and Trump shows no signs of stopping. And what’s even worse is that his idiotic followers think that he’s doing this because he’s a great businessman. He understands what’s going on. He knows how to do this.

Well, no. It’s one thing when you’re a businessman, and move into an area bully everybody out and you know, get a good price for the building you want to put up. It’s another to attempt to bully countries that have more people, more products and more money than you do. Politics, goverment is not a business and you cannot run it as such because when you do, you lose every single time and that’s what these 1100 economists are trying to warn Donald Trump today.

And I can promise you this. Having seen what Donald Trump does when people who are smarter than him tell him what to do, I have no doubt in my mind that Donald Trump is going to ignore this letter and continue on with his disastrous trade war, regardless of the negative economic impacts that it has here in the United States.