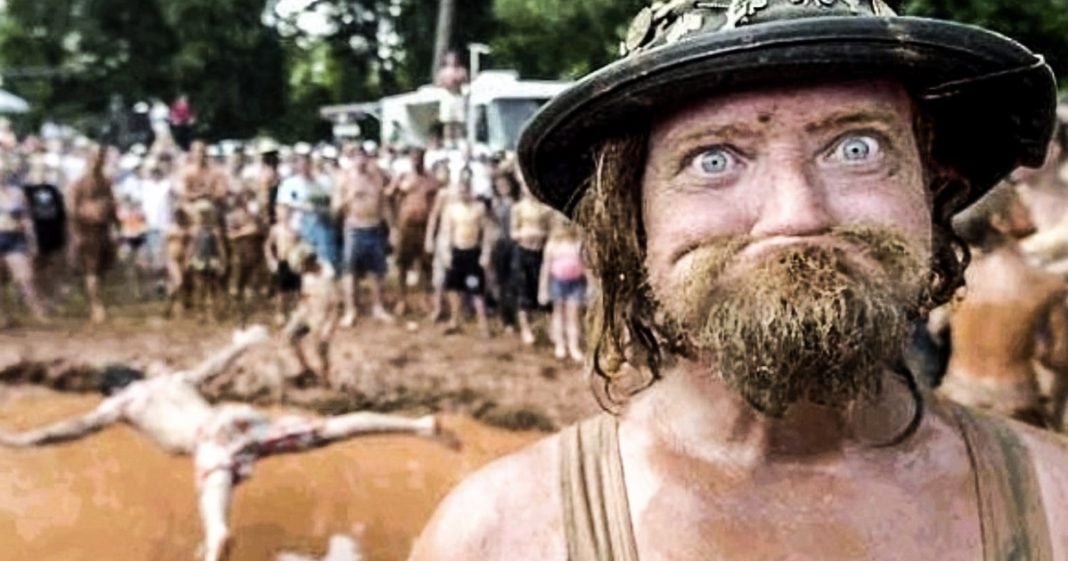 According to a new poll, 76% of Republicans believe that Donald Trump is a “consistent truth-teller.” In other words, 76% of Republicans have completely lost their minds and have no idea how to separate reality from fantasy. This presents a big problem for the country, as these reality-denying Republicans will never come around to the rational side of things. Ring of Fire’s Farron Cousins discusses this.

According to a new poll by NBC News and Survey Money, 76% of Republicans in the United States are completely stupid, and I say that, that’s not exactly what the poll was looking for, but that is what those findings tell us once we interpret what they actually mean.

Here’s what it was. The poll was looking to see how many Americans thought Donald Trump was a trustworthy guy. Does he tell the truth? Does he not tell the truth? Overwhelmingly, 61% of people in this country said no, Donald Trump habitually lies, but when you break those numbers down by party affiliation, it takes an interesting turn. Because 76% of Republicans say that Donald Trump is a consistent truth teller, and it is that 76% of Republicans that clearly are suffering from some kind of brain damage if they think that Donald Trump himself is an honest human being.

Now I don’t care if you want to support Trump, if you want to support the Republican Party. That’s your problem to deal with, but to sit there and say that, yes, I think he is a consistent truth teller, that proves that there might be something wrong with you, that you need to get evaluated by a medical professional. The man has told over 3,000 lies since becoming president of the United States. Verifiable lies. We can go back and we can check and see that what he said is not true.

So what is malfunctioning in the brains of these 76% of Republicans, that prevents them from living in reality? This goes beyond a Donald Trump issue. This is an issue of poor education throughout the United States, because these people should know better, and more importantly, it shows how brainwashed and cult-like Republicans have become in this country. They only see truth when they look at Republicans. When they look at Democrats, they only see lies. That is dangerous to the future of this country.

If those numbers start increasing, if we start seeing too much of the same thing on the Democratic side, this country won’t survive. We cannot have this cult-like follow a dictator to eternity mentality in the United States, and it starts with the Republicans, but believe me, there’s plenty on the left who are doing the same thing too.

But this poll proves 76% of Republicans are willing to deny the existence of reality itself just so they can say that Donald Trump is an honest human being.