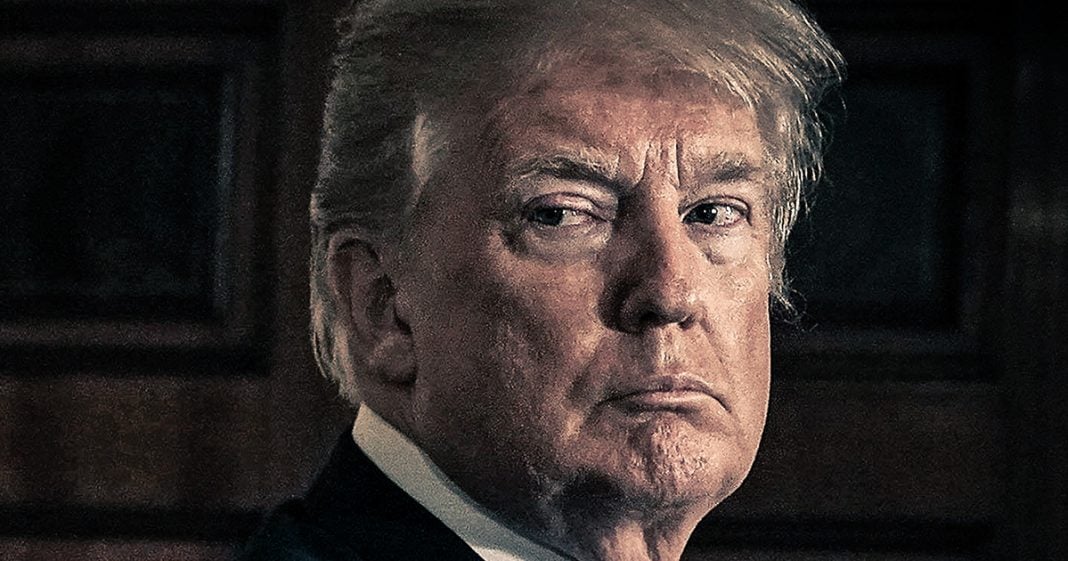 During a recent rally in the state of Michigan, Donald Trump told the crowd that he would not hesitate to “shut down the country” if he does not receive the funding that he wants for his border wall by the end of summer. Why is he so freaked out about this issue now? Could it be that the midterms are right around the corner and he fears that his alt-right base won’t show up if he hasn’t started on his wall project? Ring of Fire’s Farron Cousins discusses this.

We’re going to lose billions of dollars in the economy. People aren’t going to get the necessary government aid that they need to be able to, you know, pay rent, buy food, go to the doctor, things like that, but Donald Trump is willing to shut it all down if he doesn’t get his border wall funding. But let’s expand and let’s actually talk about what he said, because he said he wants to shut the country down, not the government. He wants to shut it all down.

So if by September 28th Donald Trump does not get the money that he wants for his border wall, and all signs are pointing to no, he’s not going to get it, does that mean we all just get to stay home? Do we not have to worry about anything if the whole country’s just shut down? I mean, do we still send the kids to school? I need a little more clarification on that, Donald, because if I get a couple of days off I would love it. Let’s just shut the whole shit down, everything. Everybody just stay home. We’re just calling in. Nothing going on that day. But in reality, I also understand that that would cripple the economy of this country if we shut everything down for a few days, not to mention if we only shut down the government for a few days, still going to have devastating effects for local economies all over this country. It’s a horrible idea and we shouldn’t do it.

But that’s the kind of idiot that Donald Trump is. This is toddler mentality. He’s trying to take his ball and go home, except in this case, the ball is the federal government and if we don’t give him the border wall, if we don’t play by his rules, he’s going to take his little government and go away. You can’t run a country like that. That’s why we have age limits on being president of the United States, so that we don’t get an actual four-year-old in the White House. Instead, we get a dude who’s in his 70s who has the mentality of a four-year-old.

My apologies to any four-year-olds out there watching this, because I know that’s very insulting, but that’s what we have as president, a guy who wants to shut down the country because he can’t get his border wall funded, a border wall that a majority of people in this country do not even want, a border wall that we do not need, a border wall that will be completely useless because I don’t know if Trump knows this, but people can actually climb walls. They can get over them. Maybe somebody should explain that to him before September 28th comes and Donald Trump just puts a big sign up on the Statue of Liberty saying that the United States is closed for business.