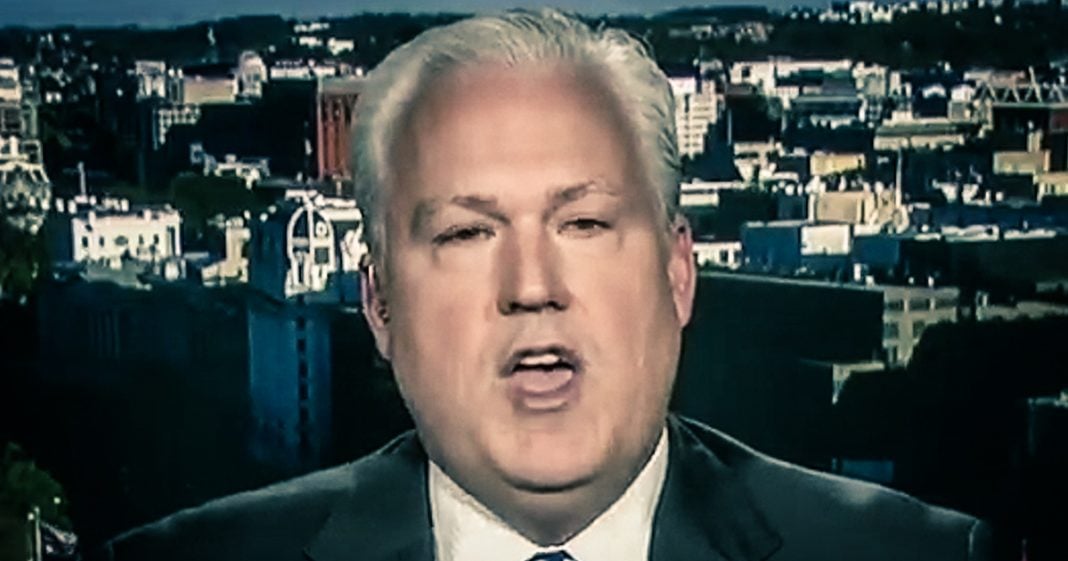 Matt Schlapp, a prominent Republican pundit and the chairman of the American Conservative Union, told CNN recently that journalists should absolutely NOT tell the American public when the President is lying to them. Not only does that make zero since, but it goes against everything that the American press is supposed to stand for. Ring of Fire’s Farron Cousins discusses this.

On Monday of this week, Matt Schlapp, who is the Chairman of the American Conservative Union, he’s a regular pundit on cable news, specifically Fox News quite often. Big voice in the Republican party. And he was still pissed off about what happened at the White House Correspondents Dinner, but he actually took it a step further. Because he’s not just pissed off at the White House Correspondents Association or Michelle Wolf. He’s pissed off at journalism in general and wants to curtail the role that journalism plays in holding political figures accountable. Take a look at what he had to say on CNN with Alisyn Camerota.

Matt Schlapp:
We have big political disagreements in this country. And I think it’s wrong for journalists to take that next step. And granted, she’s a comedian, but plenty of journalists do it as well is they take the next step. Just present the facts. Let the American people decide if they think someone’s lying.

Matt Schlapp:
Journalists shouldn’t be the one to say that the president or that his spokesperson is lying because what that does to 50% of the country is it makes them feel like they’re not credible to listen to.

Alisyn Camerota:
I understand that debate.

That’s right. According to Schlapp, reporters, journalists, you know, people in the media, you shouldn’t point out when the president or his administration is lying to you. You should just tell the facts. Okay, I guess I kind of see what you’re trying to say, but Matt, I know you’re not an intelligent person, so let me just explain this as best I can. If somebody lies to you, and then somebody else comes along and tells you the facts, isn’t that pointing out that the other person is lying? I mean, even without having to say it? But furthermore, shouldn’t they say that that person is lying to you so that you know you can’t trust that person? I don’t understand here. Not to mention the fact that isn’t that the job of the press? Or at least at one point in this country it was? To let us know what was actually happening in the world, to tell us who was lying to us, to tell us who we could trust, to tell us the facts behind the story? Because God knows that the politicians aren’t going to give us the full deal.