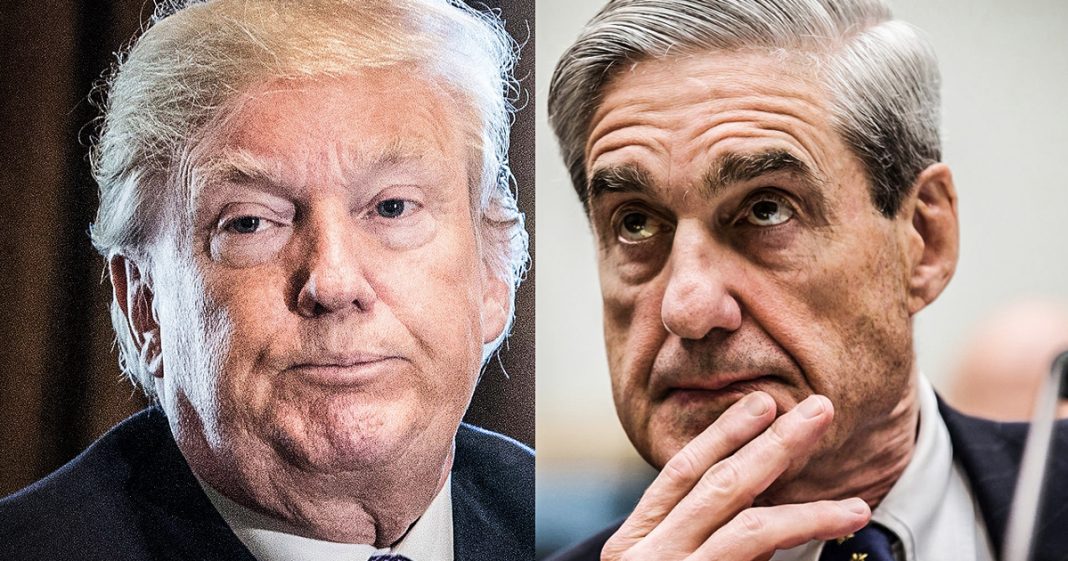 Robert Mueller isn’t playing around, and Donald Trump is visibly showing signs of nervousness about the investigation. This week, a story broke showing that Mueller was fully prepared, and likely is STILL prepared, to issue a Grand Jury subpoena to force Donald Trump to testify if he continues to refuse to meet for an interview. This will end badly for Trump, regardless of the method used to get him to talk, as Ring of Fire’s Farron Cousins explains.

According to a report in the Washington Post this week, Robert Mueller, the special prosecutor investigating Donald Trump, had actually floated the idea to Donald Trump’s legal team that if he does not voluntarily agree to meet and answer some questions, he’s going to subpoena him, and then he’s not going to get to talk to Mueller or his team in private, he’s going to have to testify under oath in front of a grand jury.

What’s even more interesting is that this threat didn’t happen this week, hell it didn’t even happen this month, this happened a while ago. And to this day, Donald Trump has still not yet fully agreed to sit down with Robert Muller to give that interview. Now, to his credit, Trump has said, “I’d love to go talk to Mueller, I would love to, I would love to.” But his legal team, the people who understand the consequences of Trump not going and voluntarily talking to Mueller have been telling him “No.” Which begs the question, what the hell are these lawyers trying to do to their client?

Look, I have no respect for Donald Trump at all. I hope this investigation ends his presidency, and I’m not trying to defend him in any way here, but if your lawyer understands that if you don’t willingly go talk to somebody not under oath, then you’re going to get subpoenaed in front of a Grand Jury and testify under oath, where you could be guilty of perjury, why not take that first option?

I really, honest to God, feel like these lawyers are attempting to sabotage Donald Trump. I love it, but at the same time, as somebody who’s actually a fan of the law, and a fan of lawyers, you got to do better for your client here. Donald Trump is likely going to see his administration end because of these investigations. And not just the Mueller one. We’ve got the ones from Schneiderman up in New York.

We’ve got other ones against his family from the FBI, the IRS, the Housing Authority. There’s all kinds of investigations right now, and the best advice you have is to know, just sit quietly, and wait for that subpoena to come in, which if you ignore that, that’s also a crime? You have got to have the dumbest, most incompetent legal team on the planet. I couldn’t imagine having lawyers this stupid who understand what’s going to happen if you don’t agree to go talk to him, and still telling you to not go and talk to him.

Now, the other side of this story is the fact that we know now that Robert Mueller isn’t screwing around. He is going to talk to Donald Trump one way or another, and he is not afraid to use the threat of subpoena, or a subpoena itself, to force Donald Trump to talk about this. And as I said in the past this week, Mueller’s not looking for new answers from Donald Trump. He’s got the answers that he wants. He’s looking to see what Donald Trump is going to say about those specific answers, and whether or not his stories are going to square up with the stories that they have already verified.

This is, basically, a trap for Donald Trump at this point. And unfortunately because of his team of incompetent lawyers and the a bulldog of a prosecutor who’s coming after him, it is a trap that Donald Trump has no choice but to step right into.