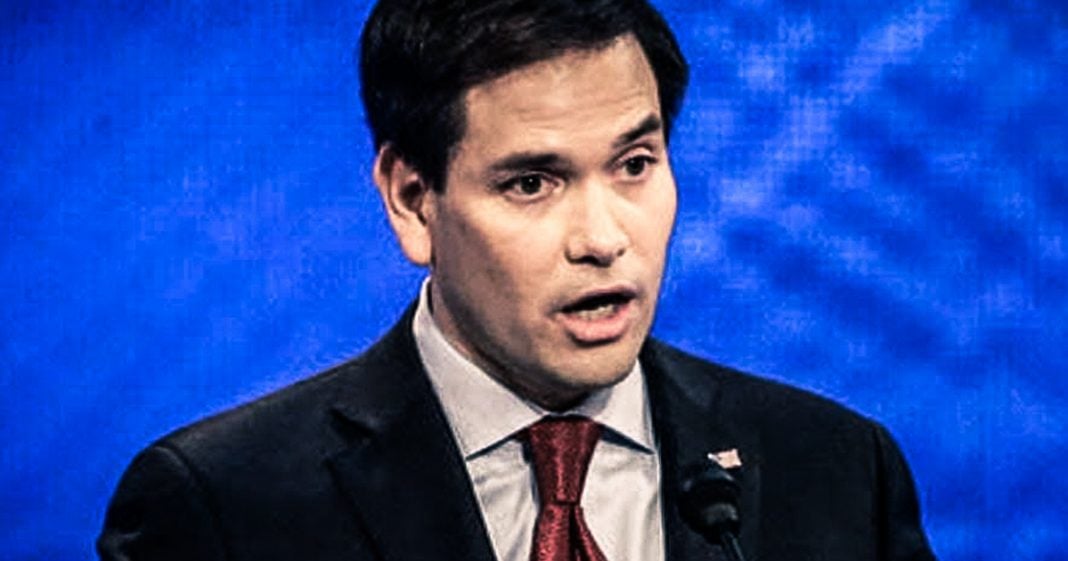 Republican Senator Marco Rubio, in a recent interview with The Economist, admitted that the tax cut package his Party recently passed has not benefited American workers – AT ALL. Rubio said that there’s no evidence that any of that tax cut money is trickling down to workers, which is exactly what we have been saying since day one. Ring of Fire’s Farron Cousins discusses this.

Republicans love to tell us that their tax cut package is giving American workers a raise all over this country. You can’t swing a dead cat without hitting somebody who just got a tax cut raise according to Republicans.

Rubio specifically said that there is absolutely no evidence that any of that money that they gave back to corporations has found it’s way to the workers. Yes, Rubio has admitted some folks got raises, but most of them got one time bonuses that aren’t gonna ever come back. So by all measurable standards, that money’s not going to the workers.

He was once considered the biggest rising star within the Republican party, until he gave that State of the Union rebuttal and couldn’t make it through without reaching for that bottle of water.

But none the less, he’s a major player in Republican politics. He represents the state of Florida. That’s a big swing state for Republicans.

So for him to come out and openly admit that everything his party has said about these tax cuts is a lie, now he didn’t use that phrase, but by saying workers aren’t getting the money, he’s also saying that everyone who said they are is lying. By doing that, Rubio just put a massive target on his back by the rest of the Republican party. They’re not gonna take lightly to this. They’re not gonna be excited about it. They’re gonna be pretty pissed off.