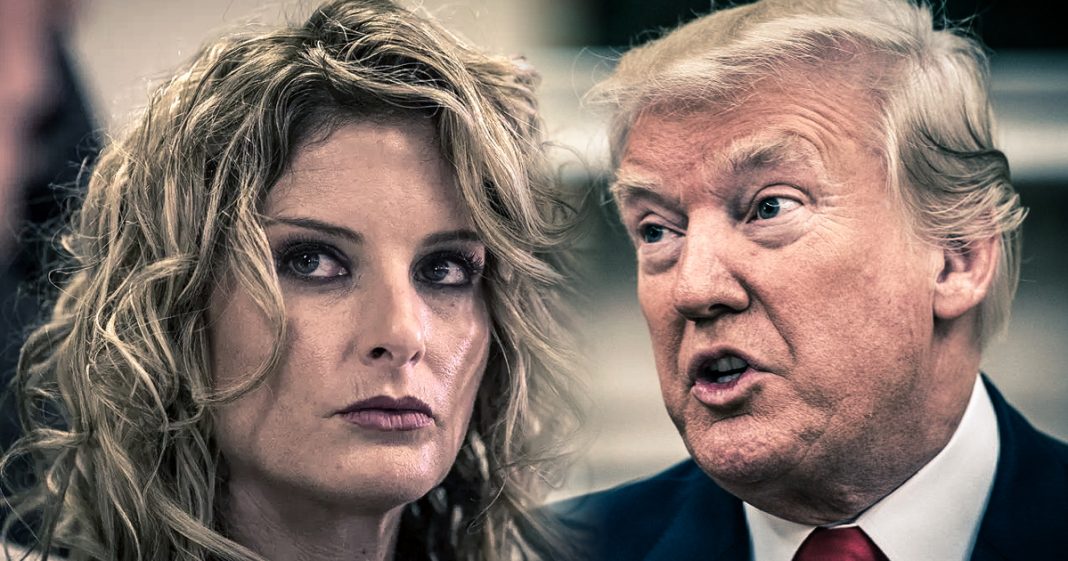 Summer Zervos, the former Apprentice contestant who alleges that Donald Trump sexually assaulted her, has now subpoenaed hidden recordings from The Apprentice that her legal team believes will seal the deal in her lawsuit against Trump. If these tapes exist and contain the kind of damning information that Zervos claims, this could spell the end of Trump’s presidency and business career. Ring of Fire’s Farron Cousins discusses this.

It’s easy to forget about a lot of the law suits or investigations going on with Donald Trump right now, since he’s involved in so many. But one of the most important ones is still playing out in court, and that involves Summer Zervos, the former contestant on the Apprentice, who has accused Donald Trump of sexually assaulting her. This week, Zervos and her legal team decided to one up it, to take this case to the next level, to fight back against Donald Trump and his legal team’s claim that Summer Zervos is making all of this up. So they have decided to subpoena any and all recordings between Zervos and Trump during her time on the Apprentice from NBC, who owns the tapes. They want it all. Additionally, not just the conversations between the two, they want any audio or video recordings where Donald Trump is talking about women in a sexual or suggestive manner.

Now these recordings do exist according to the filing with the court. The court acknowledges that they are real. So we know tapes exist. Whether or not they saw what Zervos and her legal team are claiming is the thing that still remains to be seen. But if this subpoena does go through and they get their hands on these tapes, we will very soon find out whether or not Donald Trump did, on tape, on air, not necessarily on air on NBC, but on air on the audio, do the things that Zervos is accusing him of doing. And if it turns out that this is true, this could be one of the things that helps bring down the Trump administration for good.

And I know we’ve said that a lot, but you got to think about it this way. With all of these different pieces of the puzzle, different pieces of different puzzles, falling into place on a near daily basis against Donald Trump. The Stormy Daniels thing, now the Summer Zervos thing, the Mueller investigation, everything that’s going on right now, all it takes is one. And when you have this many investigations … The Emoluments Clause lawsuit, totally forgot about that one too. When you have so many different puzzles that are threatening to take down the President of the United States, just remember, we only need one of these to bring him down and bring an end to the Donald Trump administration.