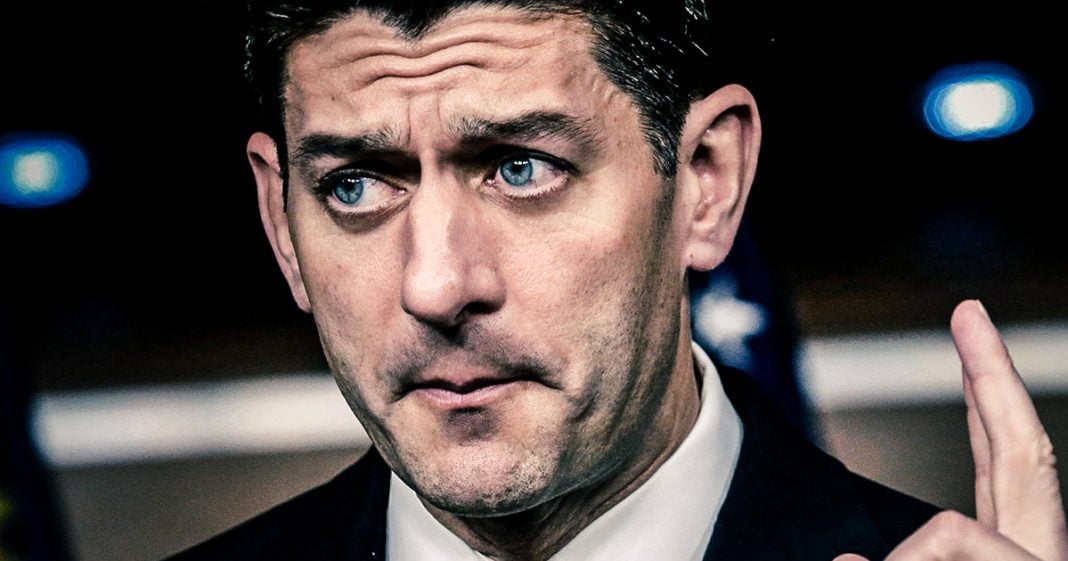 After House Chaplain Rev. Patrick J. Conroy announced his resignation recently, the House was quick to point out that Conroy had been forced out of his position because Paul Ryan didn’t like his stance on poor people. With an outpouring of support from members of BOTH parties, Rev. Conroy decided to withdraw his resignation, and he’s now DARING Paul Ryan to come and fire him. Paul Ryan has lost a lot of fights during his career, but losing one to a Holy Man might be the biggest embarrassment yet for him. Ring of Fire’s Farron Cousins discusses this.

In the last year, Paul Ryan has picked a lot of fights with people throughout this country, and he’s pretty much lost every single one. There was the time when he was fighting with Seth Meyers about healthcare. He sparred with Jimmy Kimmel about healthcare. He’s fought with members of his own party, members of the Democratic party. The only thing he actually won on was tax reform and that’s because his wealthy donors probably wouldn’t have been too happy with him had he failed in that.

However, Paul Ryan is currently involved in a fight where there is no good outcome for him even if he wins, and that fight happens to be with the House Chaplain, Reverend Patrick Conroy who is a Catholic Priest. He is the House Chaplain. Not that long ago, he announced that he was resigning, effective May 24th, and as soon as he announced that resignation, many members of the house, most of them Democrats, but not all, say that the reason the chaplain was leaving was because Paul Ryan was pissed off at him because he offered a prayer right before they voted on the tax bill saying, “Please keep the poor in mind when you pass legislation like this.” That pissed Paul Ryan off.

You can’t talk about poor people. You can’t pray for poor people, certainly not around Paul Ryan, even if it is your job to come in and pray for the morons in that chamber every single day as it was Conroy’s job.

Well this week, Conroy said, “You know what? To hell with it. I’m withdrawing my resignation. I’m not going anywhere, and I dare you, Paul Ryan, to come fire me.”

So right now, Paul Ryan has a choice. He either admits defeat, admits that, “Yeah, I was going to fire this guy because he prayed for the poor, and I thought he was getting too liberal for me.” A move that both Democrats and Republicans are against. Or, he can roll over, fire him, and then see what happens with the support from this country when you fire a holy man whose only crime was praying for the poor people. I don’t think that’s going to go over well with anybody.

You see, there’s probably a lot of members of the Catholic Church that Paul Ryan could’ve chosen to fight with. It’s not like the Catholic Church has a perfect history. There’s plenty of bad ones out there, but as far as we know, the one you have as House Chaplain wasn’t one of those people. He actually seemed to understand the need to care for the poor and care for the sick and care for the less fortunate in this country, and you wanted to pick a fight with him, Paul Ryan, because that’s just not acceptable to you.

So again, there’s no good outcome in this for you at all, even if Conroy ends up being fired. In fact, that’s probably the worst outcome for you is that you win this fight.

You’re between a rock and a hard place at this point, and though you may not be seeking reelection, you’ve probably caused quite a bit of damage to the Republican party when the Democrats going out there and start campaigning on the fact that Republicans wanted to fire the House Chaplain because he had the audacity to care about poor people.