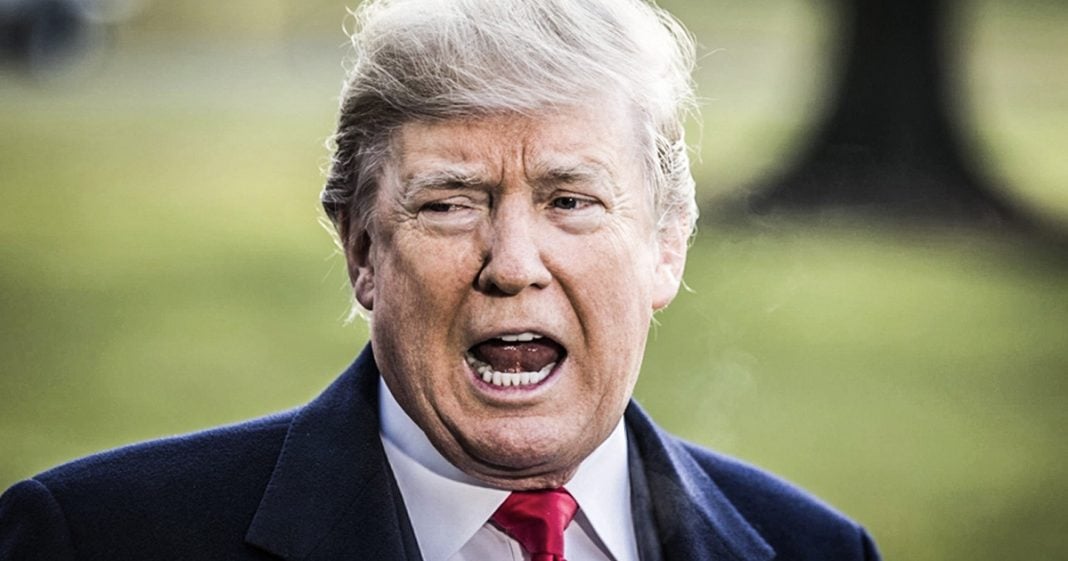 Donald Trump is still trying to fight off the Emoluments Clause lawsuit against him, and his new legal defense is that the President is immune from lawsuits of this type. Not only is that 100% not true, but it shows how scared he is that people are discovering the truth about his entire presidency. Ring of Fire’s Farron Cousins discusses this.

So this week, Donald Trump comes out and says that he has total and complete immunity from an emoluments clause’s lawsuit, and therefore the judge should throw the suit out. Or at least that’s the argument that Donald Trump’s legal team is making.

Here’s why that is one of the dumbest arguments you could possibly make for this particular lawsuit. First and foremost, the emoluments clause presents any sitting president or high ranking official from accepting any gifts, financial or otherwise, from foreign entities. And what they’re alleging in this lawsuit is that by not divesting in his companies, by still owning them and receiving a profit from them, any time you have a foreign dignitary that comes to DC and stays in Donald Trump’s hotel, that’s giving money to the president, especially because most of these people end up meeting with the president, or other members of the administration.

The judge said yep, that’s good enough to at least bring the case forward. But Trump’s saying no, the emoluments clause lawsuit, that can’t apply to him because he’s the president, and he has immunity. And to be honest, I think Donald Trump honest to God believes that. I think that he believes, as president of the United States, he is above the law. And what’s even worse is you apparently have too many people on the right who believe that also. They believe that the president cannot be held accountable when they break the law, and that’s simply not true.